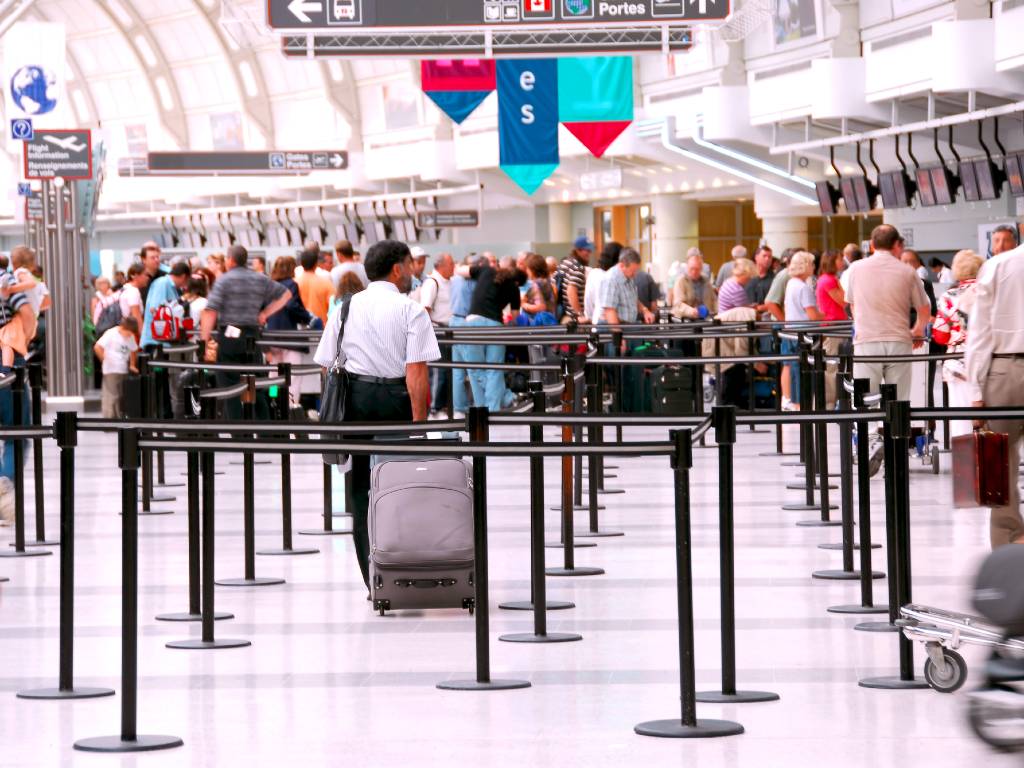 I got a text from my friend Shawn last week.

“Flying to LA tonight and they overbooked by 10 people.”

Travel, at least domestic travel, has rebounded in a big way. The number of people who passed through TSA checkpoints over the past few weeks was just shy of 2019’s numbers for the same weeks, and airplanes are just as full—and in some cases more full, thanks to staffing issues and cancellations—than they were pre-pandemic.

All this makes for perfect conditions for a flight to be oversold, meaning there are more ticketed passengers than available seats. When that happens, an airline will start by asking for volunteers to wait for the next available flight in exchange for cash. Sometimes a lot of it.If your plans are flexible, here’s what you need to know and how to get the most compensation possible.

‍On nearly every flight, a percentage of people who bought tickets don’t actually show up. They may have missed a connecting flight, they may have slept through their alarm or hit traffic or just decided to skip the trip.

Airlines—knowing some customers will miss a flight—try to maximize profits not by selling 100 tickets for a 100-person plane, but by selling 105 or even 110 tickets. Even when a flight is oversold, most of the time enough passengers no-show that the situation resolves itself.

But on occasion, everyone shows up and the airlines need to bump a handful of passengers at the gate.

While oversold flights are still the exception, when an airline has too many passengers show up for a flight, they offer increasing levels of compensation—often thousands of dollars—to solicit volunteers. They’re almost always able to sufficiently sweeten the pot to get enough volunteers.In other words, you’ll almost never get bumped against your will. In the first quarter of 2022, 7,333 people were involuntarily bumped—a rate of 0.44 per 10,000 passengers. The airline with the highest rate of involuntary bumps in the first quarter of 2022 was Frontier, followed by Southwest and American.

‍Your rights in an oversell situation

‍While oversold flights are still the exception, when an airline has too many passengers show up for a flight, they offer increasing levels of compensation—often thousands of dollars—to solicit volunteers. They’re almost always able to sufficiently sweeten the pot to get enough volunteers.

In other words, you’ll almost never get bumped against your will. In the first quarter of 2021, just 743 people were involuntarily bumped out of nearly 93 million passengers, a rate so infinitesimally small that I don’t trust my mediocre math skills to properly express it as a percentage. (US airline data gets reported on a 3-month delay.) The airline with the highest rate of involuntary bumps in the first quarter of 2021 was Frontier, followed by Spirit and Southwest.

It’s legal for airlines to do this, but they gotta pay up, especially if you wind up getting significantly delayed.

For international flights, the delay length needs to be a bit longer to get the big money:

Here’s the full list of rules and travelers’ rights under federal law in an oversell situation. The EU also has its own compensation rules if the delay or bump happens there.

How to get the most compensation

If the airline needs volunteers on your next flight, here’s how you can make sure you get the most compensation possible.

First, if they need multiple volunteers, make sure you politely request that your compensation amount be the same as the final volunteer’s. You don’t want to volunteer at $300, only for the final person to get $1,000.

Second, don’t be afraid to negotiate for other perks. Airline agents won’t necessarily mention what’s on the secret menu, but just like at In-N-Out, it 100% exists. You can ask for meal vouchers, hotel vouchers, access to lounges, a better routing on your replacement flight, even business class seats. Desperate airlines take desperate measures to find volunteers, especially when they need more than a few.

Finally, if you’re lucky enough to get bumped on Delta, know that their Delta Choice Gift Card vouchers can be converted into Visa gift cards—functionally equivalent to cash. (This is significantly better than most airlines, where the voucher can only be used on that airline.)

On my friend Shawn’s recent flight, Delta began trying to get volunteers with a $200 offer. Laughable.

“No one is blinking here,” he texted. With 10 more passengers than seats available on the Syracuse-Detroit flight, he knew Delta was in a bind.

When the bidding bumped up a few hundred dollars more he finally volunteered, but per best practice, said his offer was contingent on getting the same as the final volunteer. In the end, Shawn found himself with not just a $700 voucher—more than twice what he paid for his flight—but also first class seats the following day.

Thank you! Your submission has been received!
Oops! Something went wrong while submitting the form.
Last Updated
June 9, 2022