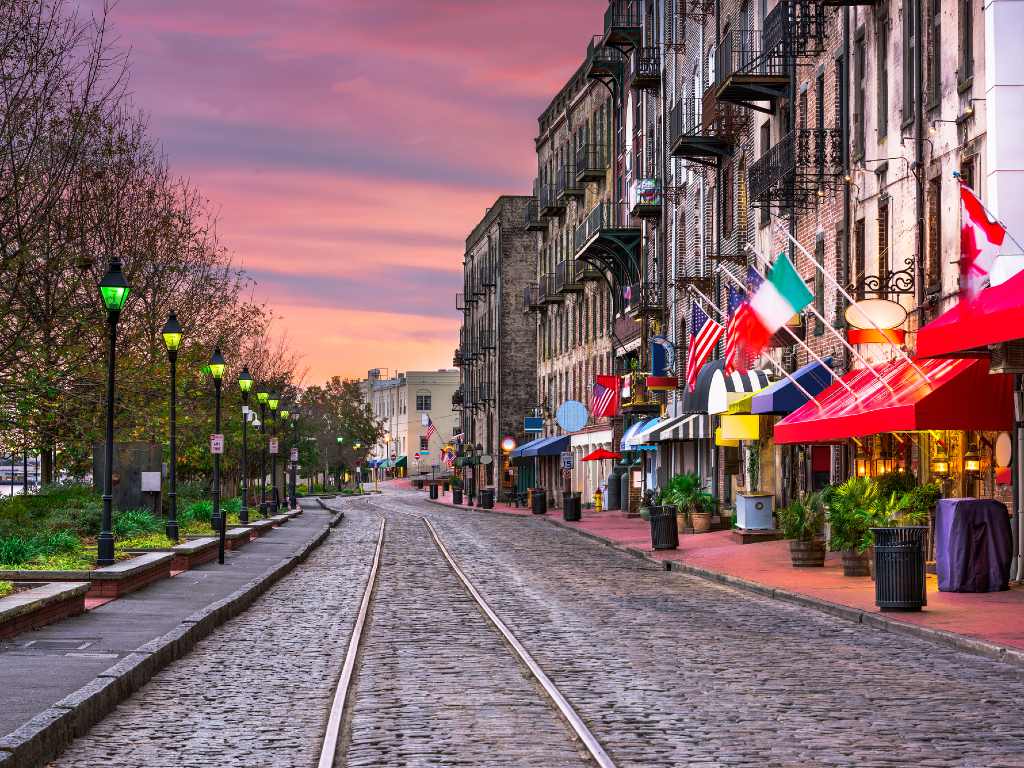 For some of us, “travel” often means using a passport and exploring distant lands far from home. It’s easy to associate the adventure of travel with cultures, foods, and languages that aren’t our own. It’s also easy to forget that exploring our own country can be just as interesting and adventurous as somewhere on the opposite side of the globe.

The United States is a positively enormous country, and even if you think you know what to expect, there are still surprises waiting for you in every state. There is so much to see and do in our proverbial backyard—including plenty of opportunities for culture shock and misunderstood local lingo.

A trip through this country you think you know can be as exciting as any international jaunt, with a little adjustment to your mindset.

Most people who travel to Paris have seen pictures of the Mona Lisa, but that doesn’t usually stop them from touring the Louvre Museum to see the famous portrait in person. Approaching any location with that same level of curiosity and openness means you might discover something new about a subject you thought you already understood.

No matter where you go, there is history and culture that’s important to that place. And yes, even if you think you learned about it in school, you may find yourself surprised at some of the eye-opening details your teachers skipped.

>> Read our travel guides to Savannah and Nashville

Embrace the local food and drink

Culinary traditions are so mobile these days that it’s increasingly easy to find what once were local cuisines in places far from their homelands. That’s just as true for international foods as it is for food that’s special to states and regions around the United States.

For example, Mexican restaurants are practically everywhere, but eat Mexican food in San Diego or southern Texas (basically any state that shares a border with Mexico) and you might be surprised at how different it tastes. The concept of barbecue is popular throughout many southern states, and you don’t have to choose a favorite (though the locals might want you to)—just sample the local barbecue styles and you’ll note just how distinct Kansas City is from Texas, or even how different North Carolina’s vinegar sauce is from South Carolina’s mustard-based sauce.

Knowing what ingredient is grown, harvested, or produced locally is another good way to find out what you should be eating and drinking—think cherries in Traverse City, chiles in New Mexico, bourbon in Kentucky, cheese in Wisconsin, crab in Alaska, and maple syrup in Vermont.

>> Learn more in our travel guides to West Texas and Portland

Celebrate what the locals celebrate

Some festivals seem designed to draw visitors from other parts of the world, but there are plenty of parties that the locals would throw for themselves whether or not anyone else showed up. Those are the sorts of celebrations that will help you get into the swing of things in a hurry.

New Year’s Eve throughout Central Pennsylvania is a treasure trove of various “drops,” mimicking the ball in Times Square: Hershey drops a big replica chocolate kiss, Dillsburg drops a giant pickle, and Mechanicsburg drops an enormous wrench. Gilroy, California has long been home to the largest garlic producer in North America, and the Gilroy Garlic Festival has been celebrating the “stinking rose” since 1979. You can sample all sorts of garlicky treats, including garlic ice cream. The Florida Keys have been home to an Underwater Music Festival—yes, you read that right—for more than 35 years. Water-themed songs are played through underwater speakers for divers and snorkelers to enjoy, and some participants even play specially-designed instruments. Since sound travels much faster through water than through air, the listening experience is unique.

Seek out the weird

Culture shock is a perfectly normal part of traveling to another country. It’s also possible to experience a kind of culture shock without crossing an international border. There are many unique traditions and weird attractions around the United States, and seeking them out might give you just the cultural shock you’re looking for.

You’ve heard of cowboys and you’ve heard of poetry. You’ve probably never thought about putting the two together, but that’s what happens at the annual Cowboy Poetry Competition in Elko, Nevada. Exploring the Lost Sea in Sweetwater, Tennessee, involves getting into a boat—underground. The New Orleans Pharmacy Museum is an incredible collection of what humans have considered medicine throughout the years, from odd placebos to “remedies” that actually made people sicker. And while you might know that potatoes are Idaho’s state vegetable, you might not realize that there’s an entire museum dedicated to the beloved starch in the town of Blackfoot. Among the exhibits, visitors can see the biggest potato chip ever made (it’s 25 inches long) and build a Mr. Potato Head.

Go on a quest

Travelers who have life lists of things they don’t want to miss or who rigorously keep track of how many countries they’ve visited might find the idea of a travel quest appealing. Quests, like to-do lists, can be applied to individual trips or to a lifetime of travel.

Visiting all the National Parks in the United States is a popular lifelong travel quest—there’s even a National Parks Passport you can fill with stamps. You might set a goal to explore all 50 state capitals, every presidential library, or all the UNESCO World Heritage Sites in the US. For more immediate gratification, try a scavenger hunt (road trips are ideal for this) in which the whole family can participate, making it a fun group effort to complete all the tasks listed.

>> Read about some of our favorite underrated US cities

Think of something you love (besides travel, of course) and chances are extremely good you can build an entire trip itinerary around it.

Baseball fan? Watch a game in every stadium in the country—or go to Spring Training. Avid crafter? Plan your trips around big quilting or fiber festivals. History buff? Explore the many Revolutionary War or Civil War sites. Foodie? Eat your way along the cheese trail in California, the buffalo wings trail in New York, or Oregon’s “Fruit Loop.” Whatever your passion is, there’s probably a travel experience in the United States to match.

Do the most emblematic thing in that place

We all know that boiling a place down to its most famous sight or activity is complicated, but sometimes experiencing the thing a city or state is best known for is a good entry point to understanding. Tourist attractions are popular for a reason, after all.

Some ideas to get started:

Get your international culture fix

This great melting pot of a country has pockets of international culture in cities from coast to coast. Sometimes the connection seems obvious—a part of Miami, Florida, is known as “Little Havana,” for instance—and sometimes it’s less so. Either way, seeking out the cultural hub for a city’s international population is a great way to experience another country without leaving your own.

For example, Minnesota’s Twin Cities have the largest Somali population in the country and the area around Detroit, Michigan, has one of the largest Arab populations outside the Middle East. In Texas Hill Country, Fredericksburg maintains its German roots (German was still the main language spoken there until World War II). Northern Nevada is home to a Basque community that started when Basques fled Franco’s Spain in the 1930s. And Washington DC, a city with international flavors galore, has a huge Ethiopian population.

Touristy places always have tchotchkes on offer, and sometimes they’re fun even when they’re common. But finding a truly unique souvenir to bring home is infinitely more interesting.

Browse small art galleries for paintings by local artists, or look for outdoor craft markets to find small goodies like handmade jewelry or carved wooden serving utensils. Learn what foodstuffs are produced or grown in the area and bring those flavors home in the form of things like jam, wine, or cheese. Cloth napkins or logo pint glasses are easy to add to your collection with every trip you take—something as simple as setting the table, then, sparks memories of your travels. If you decorate the house for Christmas, a small ornament from each trip is another great way to bring back travel memories.

Join Scott’s Cheap Flights and get amazing deals on domestic flights with prices up to 90% off.

Thank you! Your submission has been received!
Oops! Something went wrong while submitting the form.
Last Updated
June 22, 2020