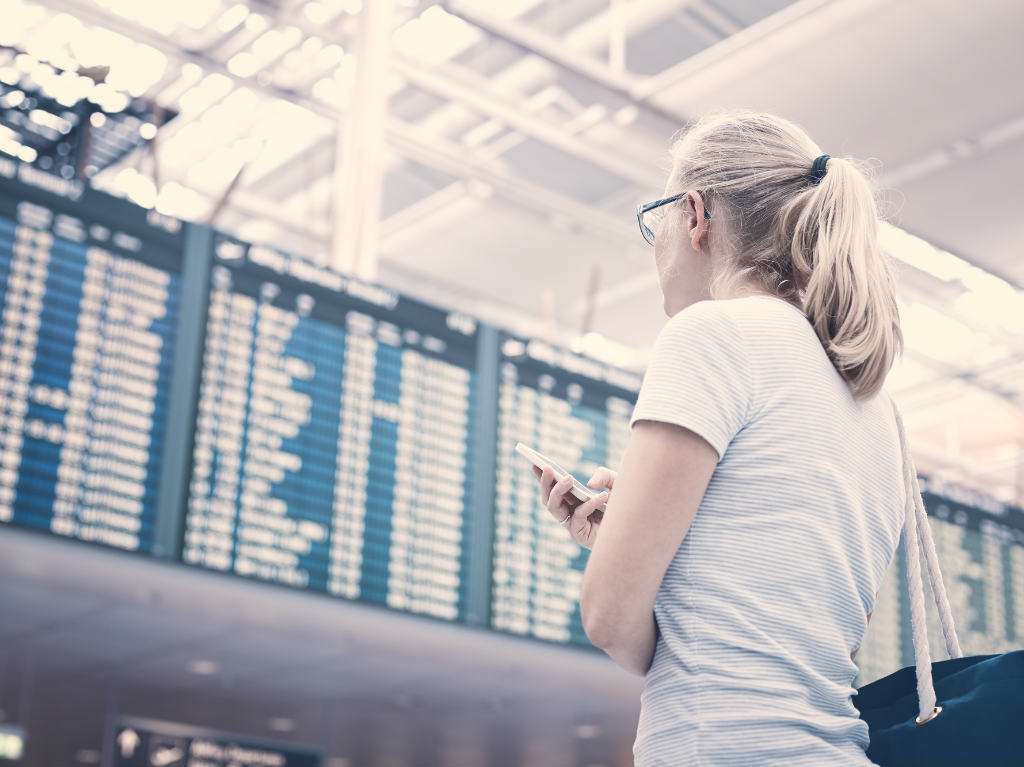 While we generally recommend booking international travel 2-6 months in advance (as this is when you’re likely to find the best deal), we know that’s not always possible. Some travelers prefer to keep firm itineraries at arm’s length and embrace serendipity, and others might have to pull together a trip at the 11th hour to deal with a crisis.

If, by choice or chance, you find yourself scrambling to find a cheap last minute flight, here are some tips to help reduce the cost.

Is it cheaper to book a flight at the last minute?

We’ve said this before, but it’s worth repeating at the outset—no, it’s really not cheaper to book a flight at the last minute. Yes, last minute travelers used to score the occasional fare so low it might have induced shock, but that’s no longer the case.

It used to be that airlines saw any empty seat at takeoff as lost potential revenue. But now, as pricing algorithms have gotten more complex and forward-thinking, airlines have realized they make more money by jacking up prices and taking advantage of business travelers willing to pay full price for a last minute or even same-day flight.

The days of spectacularly cheap last minute flights have, for the most part, gone the way of the dodo.

So, what does that mean for the intrepid traveler who hates to plan or the planner who suddenly needs to fly cross-country to visit a sick loved one? It means you’ll either have to give in to paying higher fares or plan ahead as much as you feasibly can.

How far in advance should I book a flight?

Some experts would have you believe that here are certain months, days, and even hours of the day when you should book to save money, but as any Scott’s Cheap Flights member knows, airfare deals pop up year-round, every day of the week, at all times of day—though those deals don’t necessarily include the destination you need.

As a rule, you’ll find the best deals on international fares 2-6 months ahead of your trip (though you should start looking earlier if you’re traveling during the high season or over a holiday). The window for domestic flights is 1-3 months out. Neither of those is very “last minute,” of course.

If you’re looking for a trip and you’ve already passed the ideal window, don’t despair. For travel during off-peak times, you may still find a decent deal as few as six weeks before you need to fly, but any closer to your travel date and cheap fares become more unlikely. Prices start to climb precipitously at around 2-3 weeks out.

I need to travel for a funeral or to be with a sick relative. What about bereavement flights?

Those of us who don’t live within driving distance of our families know that if the unthinkable should happen, we’d have no choice but to hop on a plane—and funerals rarely get planned months in advance.

Once upon a time, most airlines offered “bereavement fares” for just these circumstances; these fares weren’t necessarily dirt cheap, but they also weren’t the typical high last minute price, either. Nowadays, there are only a few airlines left that still offer bereavement fares, and they aren’t always the lowest price, so it’s still wise to do your own search and compare prices. For bereavement fare pricing, the discount is taken off a higher fare class, not the cheapest fare available, and you may find you get a better price on your own.

For example, if the same flight offers a refundable fare for $400 and a deep discount fare at $200, the bereavement discount is taken off the $400 refundable fare, so even if it's a 10% discount, that only brings the price down to $360, which is still higher than the deep discount $200 fare.

Here are the details and requirements for bereavement fares on the airlines that offer them in North America.

The documentation required differs by airline, so although some of that information is listed above, be sure to read through each airline’s policy so you’ve got everything you need on hand before you make the call.

Some other airlines offer tickets with more flexibility than the typical last minute flight or lower-than-normal change fees if a sudden death means you need to cancel or change a planned trip (American Airlines and United Airlines among them).

If the airline with the ticket you need doesn’t have a bereavement flight policy, it doesn’t hurt to call their customer service line or (if they have an active customer service presence on social media) contact them online to find out if there’s anything they’re willing or able to do. Even airlines without specific policies on bereavement fares may be willing to waive fees for you.

Keep in mind that, as mentioned above, a bereavement flight may not be the cheapest fare available. It may be the increased flexibility that’s the real perk. In any event, it’s always a good idea to see what deals you can find on your own to compare them with any bereavement flight options.

If I absolutely must travel last minute, how do I get the lowest airfare?

When advance planning isn’t possible, here are some things to consider to get a cheaper last minute flight.

Sign up for Scott's Cheap Flights to save up to 90% on international flights, and watch below for more on last-minute flights from Scott himself.

Thank you! Your submission has been received!
Oops! Something went wrong while submitting the form.
Last Updated
March 12, 2019