How to Find Cheap Domestic Flights 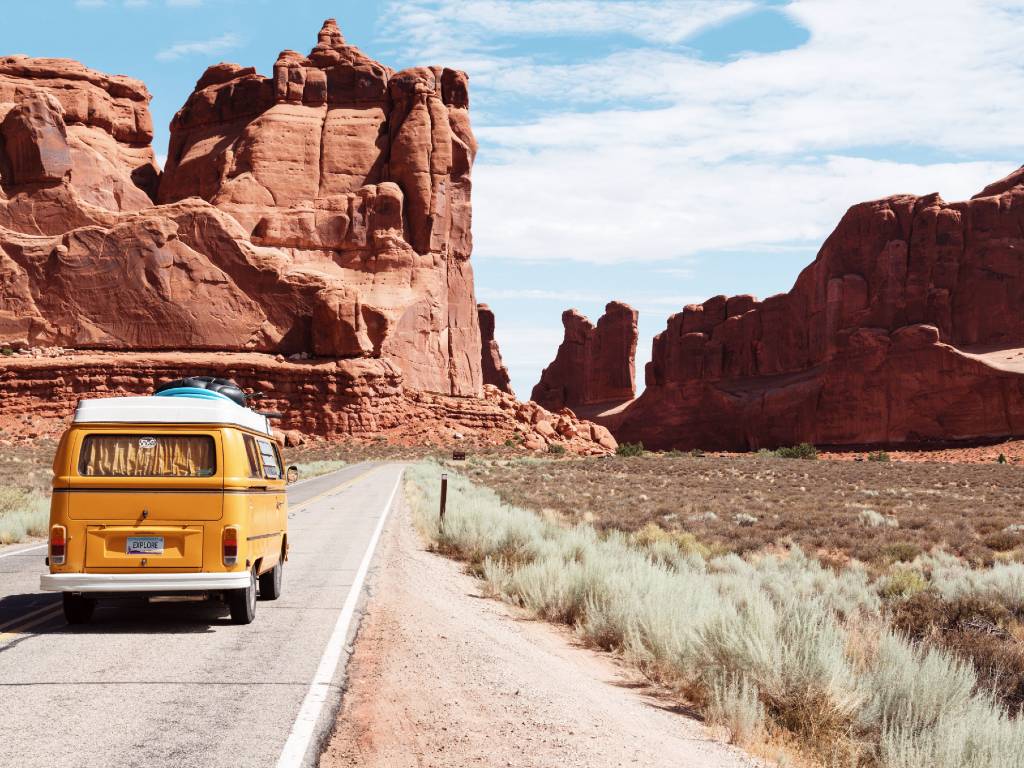 Early in the pandemic, with international travel limited and many people still hesitant about travel, domestic deals became a great value. But now as travel has begun to rebound domestically, flights within the US can be even more expensive that international fares. Here's what you need to know to save some cash.

Cheap domestic flights are most likely to pop up 1-3 months in advance.

The Goldilocks Window for when cheap domestic flights are most likely to pop up is 1-3 months before a trip. (For international flights it’s more like 2-8 months out.)

Take a flight that's $239 for the outbound and $185 for the return on Delta. When you search roundtrip, the price you'll see is $424. But say United has a flight that's cheaper on one leg. For example, their outbound is only $150 but their return is $300, so the United roundtrip price seems higher at $300.

But by searching for two one-ways, you’ll get United's $150 outbound and Delta's $185 return for a total roundtrip price of $335—much cheaper than than the initial low price of $424.

Sometimes Google Flights (or other flight search engines) will tip you off that fares are cheaper on different carriers, with a little “Separate tickets” note.

But it’s sporadic and they often miss cheaper one-way options. Always double-check for yourself. This trick only works for domestic flights, not international. For reasons too complex (and frankly, boring) to type out, one-way international flights tend to be exorbitantly expensive, whereas the roundtrip price gets discounted significantly.

In March, 2020, Delta, United, Alaska, and jetBlue all joined Southwest in automatically waiving change fees on all new bookings (that policy has continued for bookings above basic economy), though you’d still have to pay a fare difference if there is one.

With open seating and no fees for bags/changes/cancellations, Southwest is a fan favorite. Be sure to account for these perks when comparing fares; all else equal, a $150 Southwest ticket is actually a better deal than a $130 United basic economy ticket.

But remember, Southwest fares don’t show up on Google Flights or any other search engine; gotta search separately on Southwest’s website. So if you want deals like $164 roundtrip to Hawaii, you might not see them if you don't check Southwest (or join SCF! We include Southwest in SCF deals.).

Keep an eye out for fare matches.

Airlines are notorious for playing Follow the Leader; when American puts out a $100 roundtrip fare to Chicago, it’s quite common to see the same fare show up within hours on United, Southwest, et al.

So if you see a fare you like but are hoping for a different airline/routing/flight time, a little patience may pay off.

And if a better flight pops up after you booked, remember the 24-Hour Rule, a federal law that automatically gives travelers a 24-hour grace period after purchase to cancel for a full refund.

There’s a rule of thumb with flights: the better the fare, the shorter it lasts.

But while the cheapest international fares are often gone within hours, domestic deals tend to stick around longer, usually at least a few days.

As with international flights, the more flexible you can be when searching for domestic deals, the more you stand to save. For weekend trips, it’s sometimes cheaper to shift your dates from the standard Friday to Sunday (e.g. look at Thursday-Sunday or Friday to Monday). For holiday trips, look at flying on the holiday if your plans allow it. It can be a lot cheaper to fly Christmas Day than a day or two before.

Look at alternate airports, too. For example, if you’re planning to visit Santa Fe, consider flying into Albuquerque, which is often cheaper and just an hour’s drive from Santa Fe.

Compare apples to apples when choosing between flights

Don’t forget to factor any fees into your cost comparison when choosing flights, especially if you’re tempted by one of the rock-bottom fares on a budget airline like Spirit, Allegiant, or Frontier. They have so many egregious fees, we don’t even send our members deals on these airlines.

These fares may look like a great deal—and if you can’t find another option and can travel very light, they may work for you—but when you add in all the fees, the “more expensive” options typically come out to be better deals.

As mentioned above, even at $20 more, a Southwest flight—which includes two checked bags, a carryon, and open seating—is a better deal than a United basic economy ticket with extra fees for seat assignments and a full-sized carryon on domestic flights.

Consider connections in these comparisons, too. A connecting flight is sometimes cheaper but if it eats up half your trip time or increases the likelihood of complications (e.g. connecting through Chicago in winter), it may be worth it to pay a little more for a direct flight.

When you're ready to explore, check out the best national parks in the US, some amazing underrated cities, and 21 great American road trips.  And join Scott's Cheap Flights to save an average of $200 on domestic flights.

Thank you! Your submission has been received!
Oops! Something went wrong while submitting the form.
Last Updated
April 28, 2022