The Spicy Ancient History of Guacamole 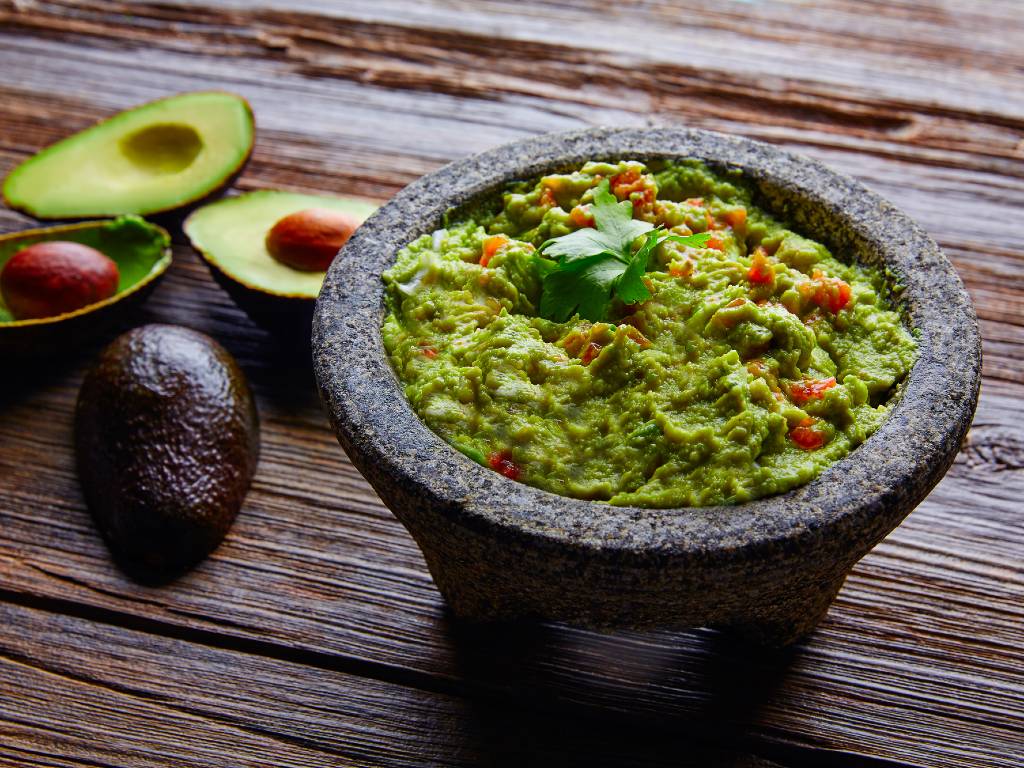 Picture the scene: You’re on a beach in Mexico, a cold drink in hand, listening to the whisper of the waves and feeling the flutter of the salty breeze through your hair. You pick up a tortilla chip and dunk it straight into a zesty and lightly spiced dip. Heaven!

But did you ever wonder, where did guacamole come from?

Guacamole is probably one of the most well-known dips in the world, up there with hummus and mango chutney in dip royalty. In 2018, 2.5 billion pounds of avocados were exported from Mexico to the US and 200 million pounds of those were made into guacamole on Super Bowl weekend alone. Guacamole and the Super Bowl seem to have become inextricably linked. Is there even a Super Bowl if there is no guacamole?

However, if the Super Bowl dates back to 1967, guacamole’s ancestry is much older, and likely far more ancient than you might think.

First, let’s start with the mighty avocado. Evidence found in caves in the Mexican state of Puebla, tell us that avocados, while wild and undomesticated, were eaten as far back as 8,000 BCE. There are a number of towns in Mexico named Ahuacatlán, meaning where the avocados abound, due to their numerous avocado trees and the Florentine Codex, a 16th-century ethnographic study of Mesoamerican life by the Franciscan Friar, Bernardino de Sahagún, depicts at least three types of avocado; aocatl, tlacacolactl and the quilaoactl in central Mexico alone.

A recipe from the gods

Given the importance of the avocado then, it is perhaps not surprising that the history of guacamole is rather mythical. Legend has it that the feathered-serpent god Quetzalcoatl, passed the recipe for guacamole down to the Toltec people, who were at their height in ancient Mexico between 900 and 1150 CE. From there, the recipe spread across great swathes of Mesoamerica. We don’t have concrete evidence of the original recipe, but given what we know of the endemic crops, it was likely that it would have been a salsa of ripe avocados, chile and tomatoes, crushed together in a molcajete (a pestle and mortar made from volcanic rock, still used today).

Paco de Santiago, a culinary expert who offers deep dive tours into Mexican food and culture with Culinary Backstreets, explains that “the name guacamole comes from Nahuatl,” the language spoken by the Mexica and other groups indigenous to central Mexico. The original  name ahuacamolli, “means avocado (ahuacatl) salsa (molli).” The name was altered by the Spanish to the modern spelling guacamole, after the conquest in 1521.

There are many moles in Mexico, Mole Negro (Black Mole) Mole Verde (Green Mole), the name mole coming from the same route. Guacamole is just another on that very long and tasty list.

The traditional recipe for guacamole has undoubtedly changed throughout the years and to that end, de Santiago describes the dip that we know today as a “modern preparation made using pre-hispanic ingredients.” One obvious addition to contemporary guacamole is lime. While it is now regarded as a key ingredient to the salsa, limes are not endemic to Mexico, and would not have been added until after the conquest.

In addition, guacamole recipes vary in different parts of Mexico. “In Zacatecas [in northern Mexico] my parents would add sour cream to guacamole,” explains de Santiago. And in central Mexico, “the guacamole Tolteca is prepared with...orange juice and finely chopped radishes.”

While the Mexica and other Mesoamerican peoples were enjoying the delights of guacamole, most of the world had never even seen an avocado. In fact, despite the arrival of the Spanish and the subsequent opening of  international trade routes between Spain and its territories from 1566, it took many hundreds of years before avocados became popular on a global scale, and even more before the temptations of avocado toast ruined Millennials’ chances of buying their own home.

There are likely two reasons for this. Firstly, it is believed that the Spanish discouraged the cultivation of avocados, assuming them to have the very aphrodisiacal properties claimed by the Mexica. Secondly, the fruit was very hard to export since once ripe they spoil quickly and easily.

However, almost four centuries after the arrival of the Spanish, in 1911, a variety of avocado tree from Atlixco, Puebla was introduced to California soil. The state of California is now the largest producer of avocados in the US.

Europe had to wait another 70 years to begin cultivating their own avocados, however, not producing the fruit locally until the 1980s. Mexico still retains the honor of being the most important site of avocado production in the world. Although cultivation didn’t begin in Michoacán until 1958, by the 1990s it was the number one global producer and exporter of the green gold.

While the traditional recipe for guacamole has been altered and changed through the years, we certainly have ancient Mesoamerica to thank every time we enjoy this dip sent down from the gods. But one tip for travelers to Mexico, always check that the avocado sauce that comes with your tacos is guacamole before you slather it on, if not you may be in for a very spicy surprise.

Join Scott's Cheap Flights and save up to 90% on flights to Mexico and around the world.

Thank you! Your submission has been received!
Oops! Something went wrong while submitting the form.
Last Updated
October 28, 2021 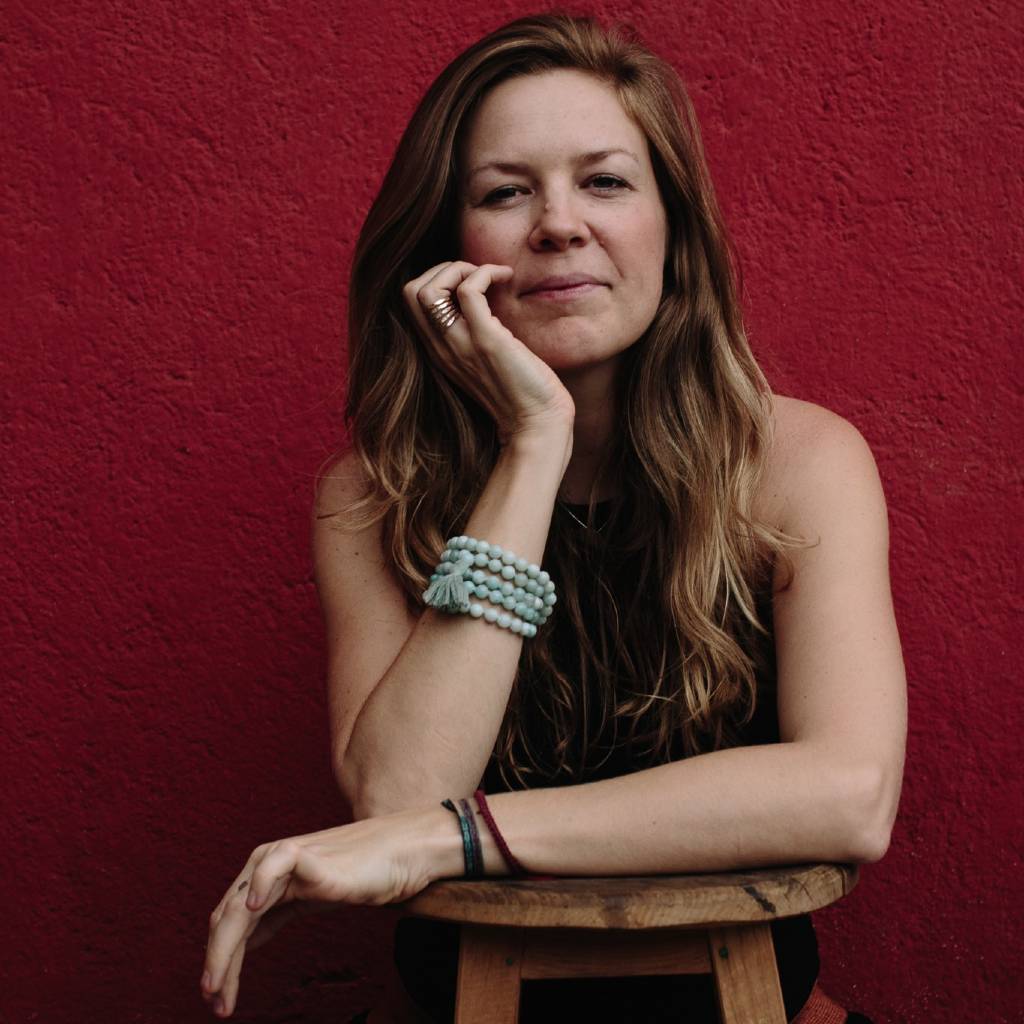