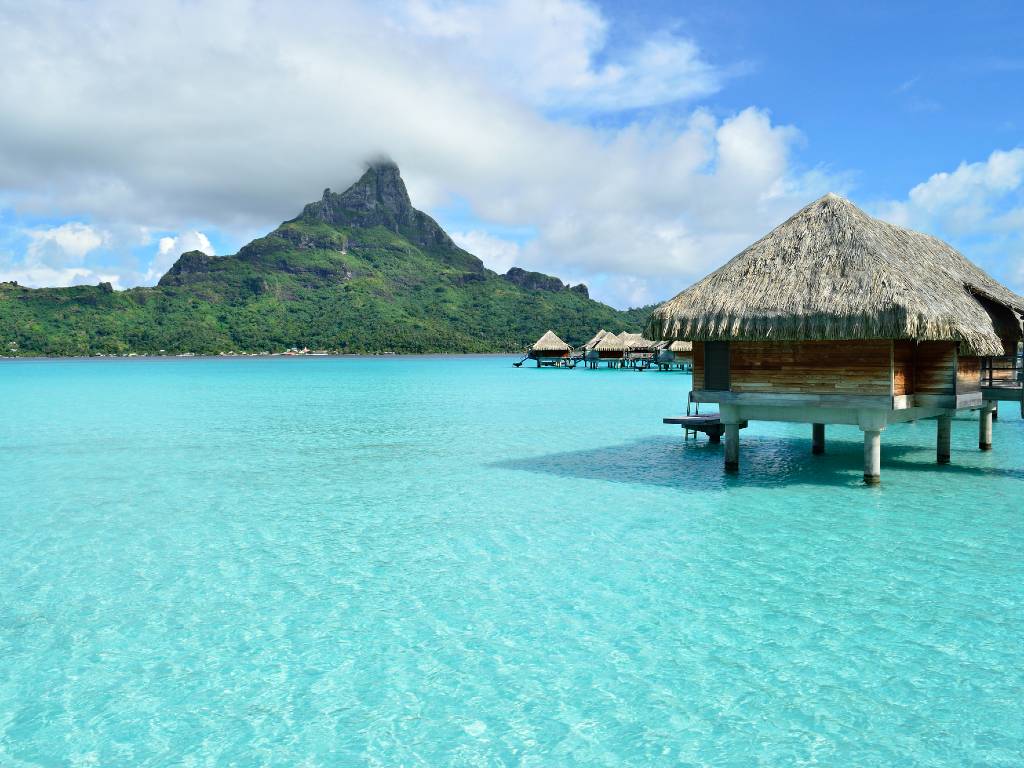 The 118 islands of French Polynesia are scattered over an expanse of blue Pacific Ocean the size of Western Europe. They offer sunny beaches and dazzling resorts with luxurious overwater bungalows, yes, but the country is so much more than a relaxing vacation spot, with everything from underwater shark encounters and giant moss-covered forest tiki (wooden carved human figures thought to have supernatural powers), to flamboyant but authentic dance performances.

Despite the prevalence of high-end resorts, the islands are surprisingly not touristy. Even the three most visited islands—Tahiti, Mo'orea, and Bora Bora—have local life buzzing through them, and there are plenty of empty stretches of sand and adventurous mountain trails to explore. The rest of the country can be downright off the beaten track, and the motto “haere maru, haeru papu,” (take it slow, take it steady) perfectly describes the slow, relaxed pace of life.

What’s in a name?

The islands were inhabited as far back as 200 BCE. The first Europeans arrived in the 1500s, and in 1880, France annexed Tahiti as a colony. In 1946, it became an overseas territory and Polynesians were granted French citizenship. In 1957 the name was changed to Polynésie Française (French Polynesia).

Over the years this conglomerate of Polynesian cultures has become more independent from France (it’s now considered a French “overseas country”). Movements for independence have always been present, and the name has begun to sound antiquated, so there’s a pressing question as to what to call the country.

For now, Tahiti Tourism calls it “The Islands of Tahiti,” but motions to change the name officially have been complicated. While none of the islands want to be called French, not every island identifies as being Tahitian, either.

Bora Bora’s iconic square topped peak is what often comes to mind when French Polynesia is mentioned. But with all those islands, there’s a lot of variety. There are “high islands,” which are mountainous like Bora Bora and Mo'orea, and “low islands,” that comprise the Tuamotu atolls and Tetiaroa, an atoll off the coast of Tahiti.

Atolls, which are rings of coral islets, rarely exceed an elevation of around 20 feet and are covered in coconut palms. They encircle electric blue lagoons that teem with corals, fish, and large fauna. Think: a desert island water world. Divers never leave disappointed.

The wave at Teahupo’o (a village on the southwest of Tahiti; pronounced “tay-a-hu-poe” despite how the surf casters say it) is one of the most feared, revered, and photographed in the world. It’s also in an otherworldly setting, breaking on a barrier coral reef off a black sand coastline that’s backed by pyramid-shaped green mountains. You can hop in a taxi boat to get close up and watch the brave surfers shoot out of massive tubes.

The Olympics surf competition will be held here in 2024, which hopefully won’t change the traditional, quiet setting of the small village permanently—the locals are rightfully worried about building and infrastructure changes the government wants to make to accommodate the influx of visitors. There are lots of surfing videos from Teahupo’o; here’s what you actually see from a taxi boat close to the waves.

Hips don’t lie and not even Shakira’s booty can move as fast as some Tahitian dancers’ can. These feats of athleticism and grace are often performed to live music under the stars. The dancers don creative costumes made from plants and shells, and the dances act out legends. The intertwining of history and modern creativity can be soul stirring.

The best shows can be seen during the Heiva July festivals when you can also watch sports competitions (coconut husking, fruit carrying, and more) and traditional singing competitions. All the islands will have some sort of performances during this time. Watch the best female dancer of the 2019 Heiva, Matatini Mou, for a taste of what the performances are like.

Raw fish for the faint of stomach

Polynesian cuisine involves lots of fish, of course—some of it served raw. If you’re a little squeamish but want to try it, opt for poisson cru. The most popular dish in the country, it’s found on almost any menu and is a great place to start your exploration.

The tender fish (usually tuna) is flash marinated in lime juice before being doused in creamy coconut milk and mixed with cucumber, shredded carrots, and sometimes other vegetables. While Polynesians have always eaten raw fish, some fermented, this particular dish mixes local tastes with the European addition of lime and vegetables (there were no lemons, limes, carrots, tomatoes, cucumbers, or onions on the island in pre-European times).

It’s usually served on white rice and is a real crowd pleaser. Here’s an easy recipe to try it at home.

Every week is shark week

No one ever gets entirely used to swimming with sharks, but on the Tuamotu Atolls, you’ll see them—lots of them—every time you get in the water. While not quite as numerous in the high islands, there are still tons of sharks near the reefs and some around the beaches. Mostly though, these are harmless, safely-full-on-small-fish blacktip, whitetip, and grey reef sharks, so there’s little to worry about.

Other big fauna you’re likely to see in the glass-clear waters include sea turtles, and an assortment of rays, dolphins, and whales.

The Mai tai, a potent combination of white and dark rum with fruit juices, is served all over the islands. The name means “very good” in Tahitian, and drinking the fruity cocktail at sunset is pleasant indeed.

On hot days, sipping a local Hinano, the country’s national beer, is arguably as good. Plus the iconic label with a Tahitian woman in a flowered pareu (sarong), makes you feel even more like you’re in paradise. Many higher-end restaurants offer Vin de Tahiti, wine made with grapes grown on the atoll of Rangiroa by French Polynesia’s only winery. With an open mind it’s worth a try—just stay away from the reds.

The fact that French Polynesia was populated some 2,000 years ago made early European explorers’ heads spin. Impossible, they thought.

Only recently have scientists proven via DNA research and carbon dating what Polynesians have always been saying via oral history: these people's incredible seafaring technology, which involved celestial navigation, reading clouds and swells—plus no small amount of amount of bravery—allowed them to spread over the Pacific Ocean hundreds years before Magellan, the first European to spot the islands, sailed by in 1521.

Recreations of Polynesian sailing canoes like Hōkūleʻa that navigated without modern equipment proved that these great voyages of Polynesian lore were not a myth.

It rarely gets too hot in French Polynesia thanks to ocean breezes. For example, on Tahiti, the average high temperatures max out at 83-84° Fahrenheit. But when it rains, it’s an intense tropical downpour. Tahitians call the rainy season that spans the end of November through the end of May, “Matari'i i ni'a,” meaning “The season of abundance.”

While it usually rains more during that time, that’s also when most tropical fruits ripen and the fishing is best. Rain squalls are cut by periods of sunshine, and rainbows are common.

The Super Bowl of outrigger canoeing

Outrigger canoes are integral to Polynesian culture as they were used to discover these islands, wage wars, and provided a lifeline up to modern days. Most of the island’s legends even involved canoes.

It makes sense, then, that the pinnacle of the Tahitian sport year is a canoe race. The Hawaiki Nui canoe race is considered the toughest six-man canoe race in the world. It spans 80 miles over three days at the end of October (the 2020 event has sadly been canceled), and visits Huahine, Raiatea, Taha’a, and Bora Bora. Teams come from around the globe to participate.

Tahitian bling has little to do with diamonds. The lustrous pearls grown in these waters are much more suited to reflect the sparkling colors of the lagoon, take on the hues of a tropical sunset, and glow with the warmth of the islands.

Locals wear them with everything, and they’re a popular souvenir. The best prices are at small local pearl farms, the Papeete market, and small stores in shopping centers rather than chichi boutiques in the tourist zones. To shop from home, check out Kamoka Pearls, whose pearls come direct from their sustainable farm in the Tuamotus.

One million flowers and a Polynesian beauty secret

Over 110 million tiaréTahiti flowers (the national flower and a type of gardenia) are harvested per year in French Polynesia for leis, crowns, or simply to tuck behind one’s ear.  The whole country smells like flowers all year round.

The blossoms are also macerated in coconut oil to make monoi, used enthusiastically to condition the hair and skin, to keep away mosquitoes, and as an ingredient in myriad traditional Tahitian remedies. The international beauty world has discovered the wonder of this oil, but you can get the local French Polynesian favorite online to bring the islands to you.

Flights to French Polynesia don't have to cost thousands. One of the recent deals we sent Scott's Cheap Flights members was $645 roundtrip from San Francisco. Join today and save up to 90% on your next flight.

Thank you! Your submission has been received!
Oops! Something went wrong while submitting the form.
Last Updated
March 5, 2021 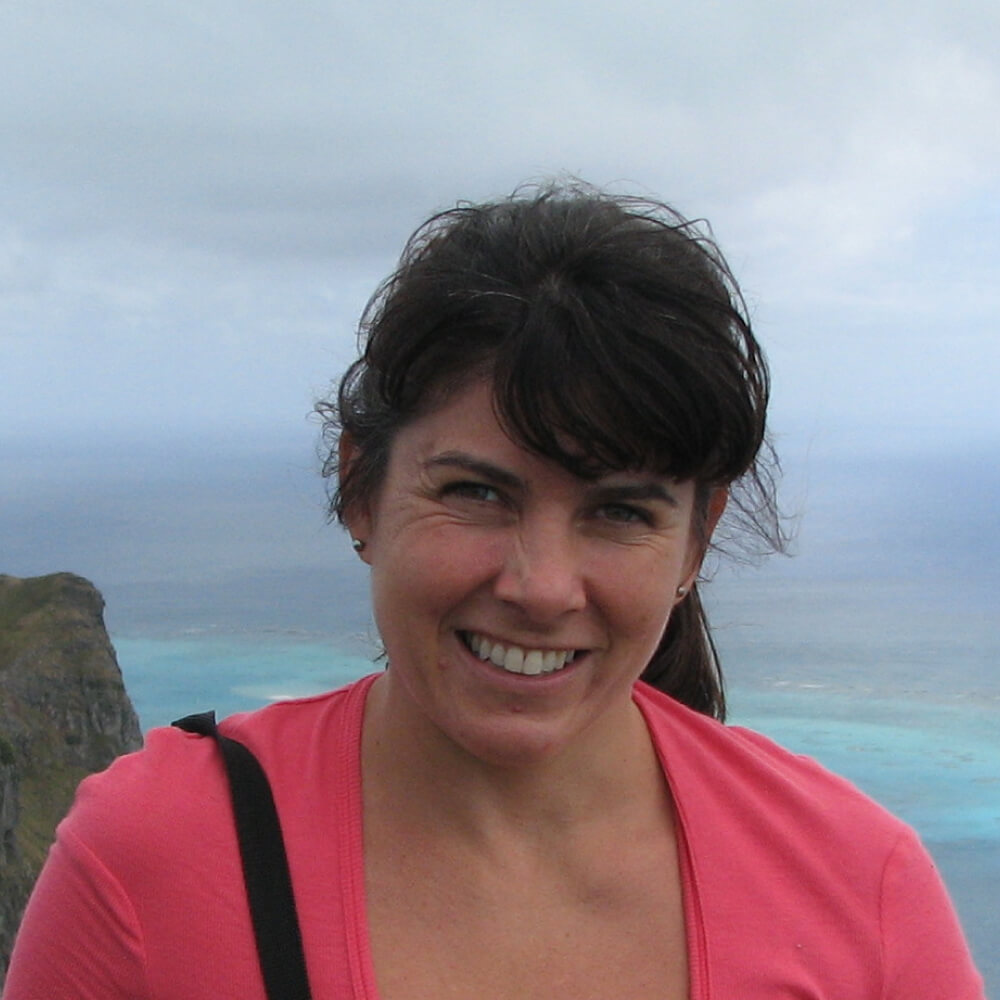