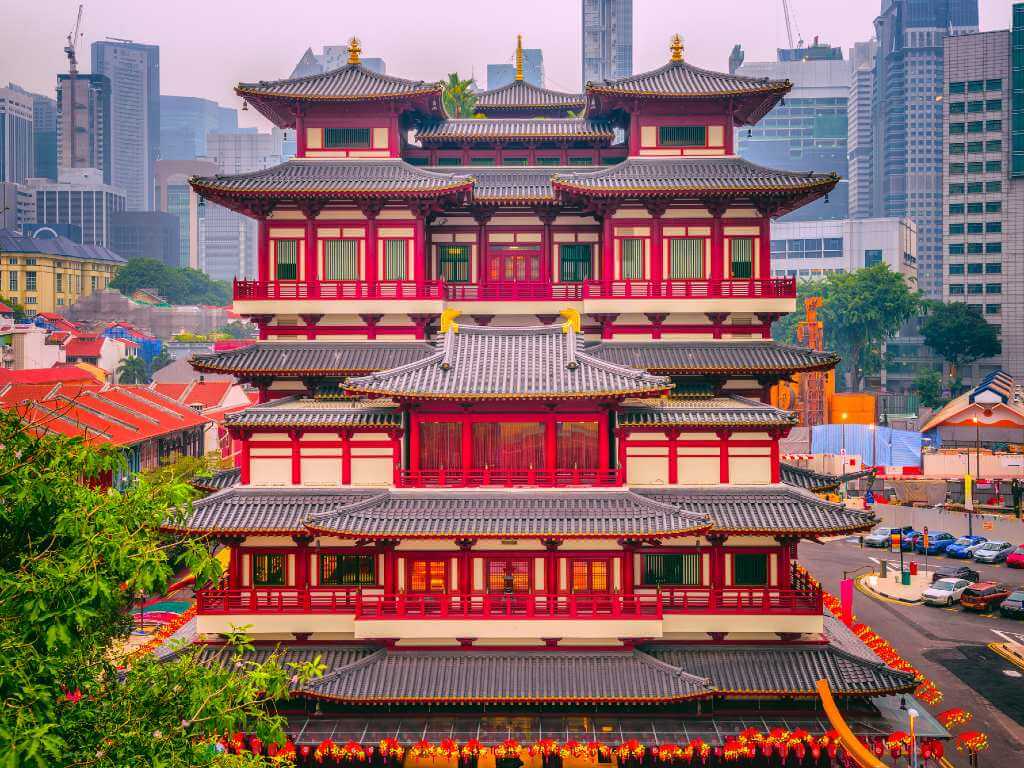 Unless you’re traveling between two major hubs (and even then) traveling internationally often comes with a layover—a stop along the way where you change planes and connect to a different flight for the next leg of your journey.

When we send our members a deal, we make sure that the layovers for the flights we’ve priced make sense and are on the shorter side. We’re generally not going to send a deal for a flight with a six-hour layover from 2am to 8am. However, we’ll occasionally send deals for flights that have longer layovers—usually at least 8 (daylight!) hours—so that you can turn the potential inconvenience of a layover into an exciting opportunity to explore a destination en route.

By breaking up your long-haul flight with a mid-globe pit spot, you’re not only recharging those travel batteries, you’re able to see another place and another culture. And, thanks to a flock of free (or nearly free) layover tours and accommodation packages now available around the world, you don’t have to spend a lot to do so (just make sure you have the appropriate visa for the country you’re entering, if needed).

Here are some of the free or cheap layover tours offered by airlines and airports around the world.

If you’re flying Turkish Airlines and landing at Istanbul Airport (IST) with 6 to 24 hours to kill before the next leg of your connecting international flight, the airline wants to take you out.

Their free Touristanbul service offers airline guests a daily guided tour (lasting 3.5 to 9 hours depending on the day of the week) stopping at such iconic sights as the Blue Mosque, the obelisk of Theodosius, and the Grand Covered Bazaar, and also includes meals and museum entries.

Sign up at the Hotel Desk at International Arrivals Terminal or email touristanbul@thy.com. Or, if you’re not interested in a tour and have a layover of at least 12 hours (and there was no option for an earlier flight), take the airline up on its offer of a complimentary night at a hotel partner by contacting hoteldesk@thy.com. (In-transit passengers are eligible for the tour or the night’s hotel stay, but not both).

>> Read our layover guide to Istanbul.

While these Singapore Stopover offers aren’t free, they are deeply discounted from what they’d cost if you weren’t in transit on Singapore Airlines.

Ranging in price from S$41-$221 (US $30-$162), each package includes a one-night stay at a 3- to 5-star hotel and a transfer from Changi Airport (SIN) with the possibility of adding an extra night, access to more than 20 attractions, and even passes to Universal Studios Singapore. Plan it while booking your Singapore Airlines ticket, or add it to an existing booking, at singaporeair.com.

Touch down in Abu Dhabi International Airport (AUH) on your way to another international destination with Etihad Airways and take advantage of two free nights at a quality hotel. To qualify, book by March 1, 2020 (with travel until December 31, 2020) to stay at one of more than 20 hotel partners, such as The Ritz Carlton Grand Canal for 48 hours of comfort and luxury in this high-octane city.

Your Etihad boarding pass also works as an Extraordinary Abu Dhabi Pass, offering discounts around the city on everything from spa treatments to meals. To get around, hop on the free city bus service.

Book a flight with a layover of at least 12 hours (up to four days) in Doha on Qatar Airways, and you can snag a hotel room for as little as $23.

Qatar's stopover program includes a free visa if you're not from one of the 80 countries that have visa-free travel in Qatar (including the US) and the rate varies depending on the number of nights you're staying. Rates start at $23 for one night in four-star hotel and go up to $165 for four nights. A five star hotel costs slightly more.

>> Read our layover guide to Doha.

Travelers flying on Oman Air can plan a pit stop in the country’s capital, Muscat.

Land at Muscat International Airport (MCT) and stay 2-3 nights at a participating hotel and you’ll get one night free. Fill out this form at omanair.com to sign up—but be aware that there are blackout dates. Before leaving the airport, make sure you obtain a single-entry visa (available to 52 countries) for your time in Oman.

Stop in Kazakhstan on your way to your final international destination via Air Astana and, for $1 a night, you can explore the heart of Eurasia (additional nights start at $65).

Your Air Astana ticket gives you access to special stopover holiday packages that include hotel, breakfast, and a return airport transfer. What makes this offer so special is that it’s valid for two cities: Almaty, in the foothills of the Trans-Ili Alatau mountains, and Nur-Sultan, the country’s Ishim River-side capital in the north. To pick your stopover special, enter your flight booking reference at airastana.com.

If you have a connecting flight within 24 hours of landing at Incheon Airport (ICN) and are itching to see some of South Korea, head to one of the tour registration desks in Terminals 1 and 2 to sign up for a free 1-to-5-hour city tour.

Currently, there are nine different tours leaving at various times from either terminal (check the schedule here) that cover everything from visiting the oldest temple in Korea, Jeondeungsa Temple, to shopping at the country’s largest traditional market, Namdaemun Market.

>> Read our layover guide to Seoul.

Taiwan Taoyuan International Airport (TPE) offers a free 4-hour tour for in-transit travelers with a 7-to-24-hour layover. There are two different tours (morning and afternoon) which include sights like Taipei 101, the heritage pottery shops of Old Street, and the 250-year-old Qingshui Zushi temple.

To book in advance, fill in an application form and email it in, or go to the Tourist Service Center located in the Arrival Lobby of Terminals 1 and 2.

Even though this affordable Doha City Tour (QAR 75/$20 USD) is provided by Qatar Airlines, you don’t need to be flying with them to claim a spot on the air-conditioned bus. You do, however, need to be in transit with a minimum six hours between flights to catch one of the six daily 3-hour tours.

Leaving from the Hamad International Airport (DOH), the tour takes in the impressive skyline of Doha Harbor, the Katara Cultural Village, and the artificial island of The Pearl. Book the tour in advance at discoverqatar.qa or go to Discover Qatar Transit Tours desk (Concourse A, towards Gate A4).

Landing at Changi Airport (SIN) with 5.5 to 24 hours before your connecting flight? Step out into this tiny island-state on a free 2.5-hour tour—the Heritage Tour runs five times daily while the City Sights Tour runs twice daily.

Choose whether you’d like to focus on the colonial and cultural districts or the more modern additions such as the magical Supertrees. When you land, don’t clear customs right away as the Free Singapore Tour registration booths are in the transit area in Terminal 2 and 3.

The Narita Airport (NRT) Transit & Stay Program offers something a little bit different from other airports—your English-speaking volunteer tour guide will take you on a variety of culturally-rich tours providing their services for free with you covering your own transportation costs.

With guided, self-guided, and bus tours running between 2.5 and 7 hours, there’s a tour for every length of layover. Visit the Visitor Service Center at the Terminal 1 Arrivals Lobby or book online at narita-transit-program.jp.

Save up to 90% on airfare. Join Scott's Cheap Flights and get amazing flight deals sent right to your inbox. Members save an average of $550 per ticket.

Thank you! Your submission has been received!
Oops! Something went wrong while submitting the form.
Last Updated
July 18, 2019