Dublin: The Emerald Isle City Where Guinness Was Born 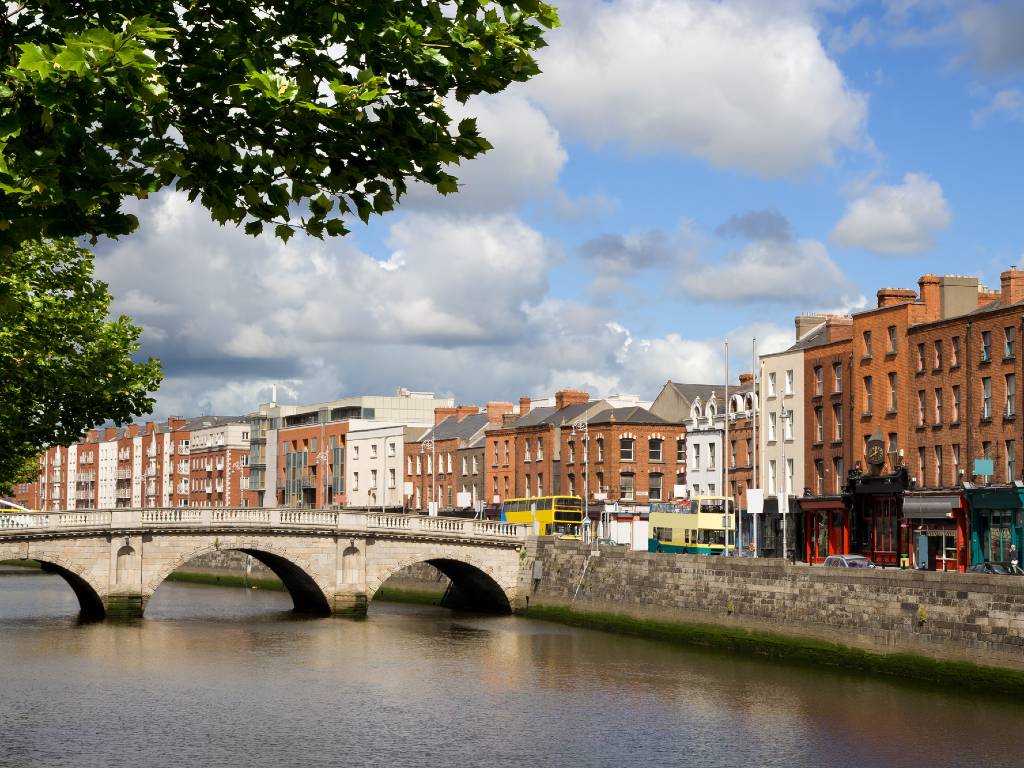 The strains of music from buskers in the air, cries of seagulls far overhead, the dim buzz of conversation in an old pub, the bell of a tram, the wind as it whistles around steel and glass office buildings in the docklands, the gentle swish of the trees in the park—these are some of the sounds of Dublin, a compact capital city rich in culture, history, and heritage.

Where you can see ancient artifacts, go to a live gig, immerse yourself in the arts and theater scene, or learn about the city’s famous writers. Or just order a pint in a cozy snug in a Victorian pub or a fancy cocktail in a rooftop bar and take in the scenery around you. Most of all, in non-pandemic times, you can hear all the stories of the city from the chatty, friendly residents you’ll meet along the way.

Dublin city’s origins go back to just before Viking times—it was said to be first started as a Christian settlement—but it was really the Vikings who expanded it. They settled there in 841 and set up a trading port in the River Liffey, leading to Dublin Bay.

There are still echoes of Dublin’s Viking past today. Remains of a Viking settlement were found at the city’s oldest building, Christ Church Cathedral, built by the Norse King Sitric in the year 1030. And there are remains of Viking ramparts and a moat on view underneath Dublin Castle. The name Dublin comes from this area. The Irish word dubh, which means black, and linn which meals pool, refer to an ancient tidal pool at Dublin Castle.

In the footsteps of James Joyce

“Good puzzle would be cross Dublin without passing a pub,” thought Leopold Bloom, the famous character in James Joyce’s novel Ulysses, which is set in Dublin and takes place over one day in 1904.

It would be another puzzle to visit Dublin and not find out more about the city’s impressive literary heritage. In addition to James Joyce, famous authors like WB Yeats, Oscar Wilde, George Bernard Shaw, Samuel Beckett, Bram Stoker, Jonathan Swift, and Brendan Behan were all born in Dublin. More recent well-known Dublin-based authors include Maeve Binchy, John Banville, and poet Seamus Heaney, who was based there for the last years of his life.

This great literary tradition is celebrated around Dublin. The Dublin Writers Museum and the Museum of Literature Ireland feature exhibits that explore the life and works of the city’s great writers. Statues of James Joyce and Oscar Wilde recognize their contributions to local history. And the massive Long Room in the Library of Trinity College is both a tourist attraction and working library with more than 200,000 books, including the Book of Kells, a manuscript that’s more than 1,200 years old.

There’s even an annual event for passionate fans of James Joyce.

Bloomsday happens each year on June 16—the date on which Ulysses takes place—and is celebrated by people dressing up in costumes from the period and performing readings at different locations around the city. Ulysses can be a challenging read for those new to Joyce. A better place to start is with his 1914 collection of 15 short stories, Dubliners, which depicts middle-class life in the city at the time.

The home of Irish whiskey

One of Dublin’s oldest areas is The Liberties. In medieval times, the area was set outside the official city walls so businesses were free from city taxes and tariffs. As a result, the area thrived with mills, tanneries, distilleries, breweries, and factories, as well as some illicit venues like brothels and gambling houses. At one time, nearly 70% of the world’s whiskey was produced there. Eventually, many of the distilleries closed due to many factors, including Prohibition in the US, embargoes during the Irish War of Independence, and the introduction of the column or Coffey still, which led to increased production in Scotland.

Nowadays, The Liberties is home to the Guinness Brewery and it’s the site of Dublin’s whiskey distilling revival. Four new distilleries have opened in the district since 2015, each one with a visitor center and tours. Teeling Whiskey Distillery, Pearse Lyons Whiskey Distillery, the Dublin Liberties Distillery, and Roe & Co Distillery (which is set in the former Guinness Power Station) will all show you about how whiskey is made, followed by a tasting of the golden nectar itself, and the chance to try some tasty cocktails.

Learn more about how whiskey originated in Ireland hundreds of years ago from the Irish Whiskey Museum and try Teeling Whiskey or Pearse Lyons at home. To drink it like the Irish, try it with a drop or two of water in your glass, which opens up the flavor.

Head to the pub and grab a snug

In Dublin, it seems like there’s a pub on every street, and many of them have a rich history all their own. The oldest, The Brazen Head on Bridge Street, is said to date all the way back to 1198. Other famous old watering holes include Kehoes on South Anne Street (1803), Toners on Lower Baggot Street (1818), and The Palace Bar in Temple Bar (1823). And there’s been a pub on the site of The Stag’s Head on Dame Court since around 1770.

Besides lots of stained glass, dark wood, mirrors, ornate lamps, and light fittings, one of the unique characteristics of old Dublin pubs is the cozy snug. This small private area, often to the front, has its own door and a direct serving hatch to the bar. This was where the ladies sat in Victorian times so that they were not seen in the main bar. Nowadays it’s a coveted spot and if you manage to snag a seat in the snug, you’re set up for the evening.

Of course, the most common drink to order in an Irish pub is a Guinness stout (Guinness has been brewed at the St. James's Gate Brewery in Dublin since 1759 and it accounts for a quarter of all beer consumed in Ireland) or an Irish whiskey. However, there are also a few local craft breweries to choose from, including Five Lamps Brewery, J.W. Sweetman, and Rascals Brewing Company.

Dublin has not always been known for its food but has recently been undergoing a culinary revival with some exciting new chefs and restaurants on the scene in the last few years, plus high-quality ingredients including beef, fish, and dairy products.

Tasty bites on offer in Dublin range from traditional takeaway fish and chips (that’s fish in batter with thick fries, usually served in paper) to experimental fine dining at Michelin-starred restaurants and everything in between. For a basic Dublin special, coddle is a comforting winter stew made from sausages, bacon, and potatoes. Try it for yourself with this recipe from Dublin-born chef Donal Skehan.

Dubliners don’t go overboard at breakfast time, but any B&B will offer a traditional Irish breakfast with bacon, sausages, eggs, and another Irish specialty, black pudding, a blood pudding made with pork. It’s all accompanied by a pot of tea and some brown soda bread, and will definitely set you up for a full day.

At the other end of the scale, a culinary revival of Irish cuisine has brought the focus back to creative dishes using the best Irish produce like cheeses, fish, meat, and seasonal vegetables. Favorites on the restaurant scene include Forest Avenue on Sussex Terrace, Liath in Blackrock Market, The Greenhouse on Dawson Street, and the tiny eatery, Fish Shop on Benburb Street.

Live music every night of the week

One of the best features of Dublin city is its people. In non-pandemic times, you’ll find talented buskers singing and playing music on the streets, lively and vocal street traders on thoroughfares like Moore and Thomas Streets, comedians in pubs like The International Bar on Wicklow Street, and cafés like the landmark Bewley’s on Grafton Street, ideal for a pot of tea and a chat.

Learning to play a musical instrument is a long-standing Irish tradition, so like the rest of the country, Dublin is full of musicians and musical entertainment, with live music every night of the week. Performances range from traditional Irish sessions in pubs like O’Donoghues and The Cobblestone to full-blown concerts from visiting artists at large venues like the 3Arena and Aviva Stadium.

Some of the best-known Dublin musicians are U2’s Bono, The Edge, Adam Clayton, and Larry Mullen Jr., who formed the band in a Dublin school in the 1970s. Singer-songwriters Sinead O’Connor, Bob Geldof, and Glen Hansard were born in the city.

On the shores of Dublin Bay

Although Dublin’s center is mostly concentrated around the River Liffey, the city is set on Dublin Bay, which opens eastward to the Irish Sea, an arm of the North Atlantic Ocean. The bay is a UNESCO Biosphere with a number of bird sanctuaries as well as populations of seals, porpoises, seabirds, and brent geese that migrate from Arctic Canada in the autumn.

There are plenty of ships and ferries coming and going across the bay, which has the peninsula of Howth to the north and the city of Dalkey to the south, with some small urban beaches at various intervals in between.

Sea swimming is popular at several places  around the bay—even in winter—along with kayaking, sailing, stand-up paddleboarding, kitesurfing, and diving.

Dublin makes a great movie backdrop and films with musical talent  in particular feature in the list of Dublin movie highlights. Once, Sing Street, and The Commitments all tell the stories of struggling musicians in the city with a mix of humor, drama, and catchy tunes. The soundtrack album for The Commitments (1991) went on to top the charts while Falling Slowly, the song from Once, won the Academy Award for Best Original Song in 2007.

For more scenes of the city, check out the dark comedy Intermission with Colin Farrell, Colm Meaney, and Cillian Murphy, which follows the capers and drama of a gang of criminals.

>> Read about how to city hop and fly cheaply in Europe, or check out our rundown of the best and worst budget airlines in Europe.

Thank you! Your submission has been received!
Oops! Something went wrong while submitting the form.
Last Updated
March 16, 2021 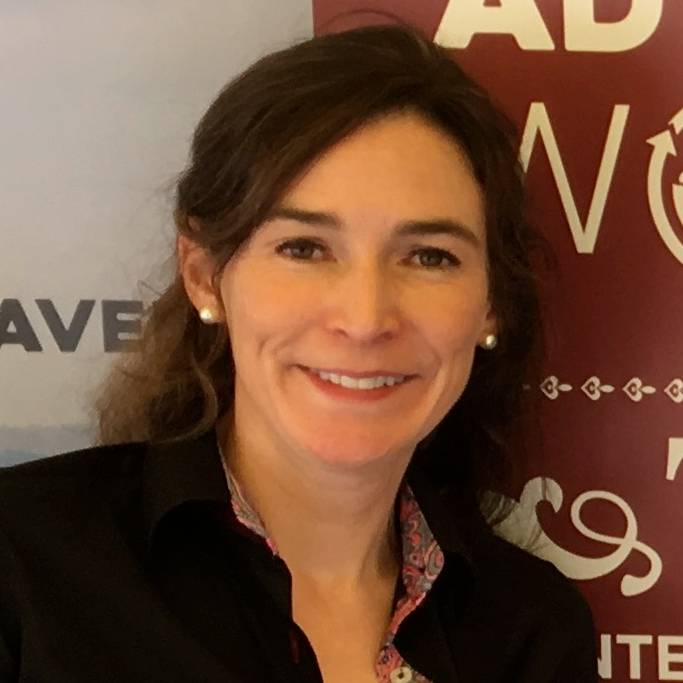 Yvonne is an award-winning travel writer and photographer who grew up in and is based in Dublin. When not socializing in the city center, her favorite pastimes are walking, sailing, or paddleboarding on Dublin Bay, as well as writing about Ireland for guides and publications worldwide.