Detroit: The Midwest City Where Techno and Coney Dogs Were Born 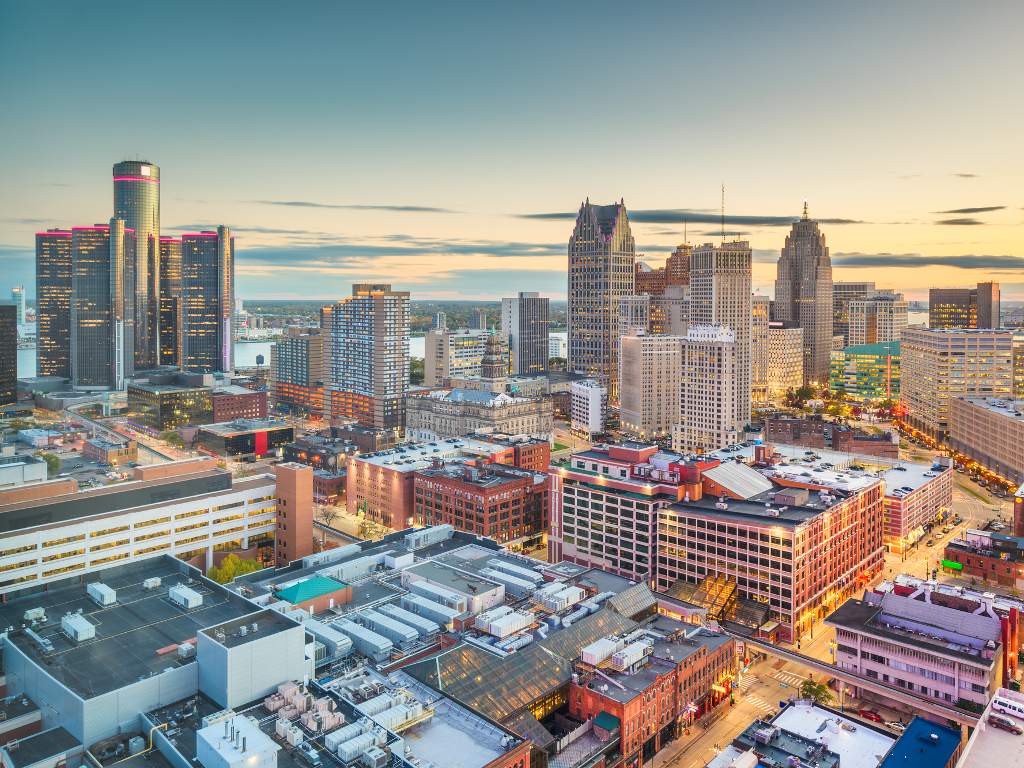 Some call it Motown, Detroit Rock City, or Motor City. Others call it home. For decades, the once-dubbed “Paris of the Midwest” lay in ruins, devastated by bankruptcy. Now, investments, restoration of iconic skyscrapers, and a rapidly-expanding footprint have breathed new life into the city where innovation was born. It was perhaps the late Anthony Bourdain who summed up Detroit best: “Detroit isn’t just a national treasure. It <i>is</i> America. And wherever you may live, you wouldn’t be there—and wouldn’t be who you are in the same way—without Detroit.”

Don’t fall into the misconceptions about Detroit being dangerous or abandoned. While Detroit went through tough times, it bred even tougher people. Now, Detroit is back with something to prove. This resilient city is home to a thriving street art scene, James Beard award-winning restaurants, and some of the most spectacular sunsets you can find on this side of the country.

No food better defines Detroit than the famous coney dog. This decadent hot dog topped with chili, mustard, and onions is a staple of Motor City fare that originated in the early 1900s. Yet an ongoing decades-long debate leaves Detroiters and visitors alike fighting in favor of one of two top downtown coney joints: Lafayette Coney Island and American Coney Island, located right next to one another. To make it even more difficult to choose, both coney islands were founded by the Keros brothers, Greek immigrants whose restaurants wound up competing years later.

To determine the ultimate winner for yourself, visit each diner late at night (ideally after midnight for the best people-watching) and grab a coney or two. Don’t forget a boat of fries to dip into your excess chili.

Art for the people

Eastern Market, America’s oldest open-air market (and the historic neighborhood that surrounds it), was slowly losing foot traffic. As an industrial hub, factories emptied during Detroit's decline in the 1960s and 19070s, bringing fewer and fewer people to the market. But in 2015, Detroit’s 1XRUN art gallery made it their mission to beautify the market. That September, Murals in the Market, a week-long festival that commissioned murals from the world’s top street artists, such as Hebru Brantley and Hueman, was launched.

Since then, Murals in the Market has returned every year, bringing more than 100 public murals to the neighborhood. Now, Eastern Market is a hotspot for colorful Instagram shoots and shopping for Detroit-made goods, like Detroit-branded clothing at Detroit Hustles Harder. We recommend strolling through the market on a Sunday morning, when it comes alive with local vendors. You can find produce, meat, artisanal goods, crafts, and even flowers for sale.

While Detroit’s a major city, it’s far from an urban jungle. A just under 5,000-acre park system gives locals and visitors a respite from the hustle and bustle of city life. Still, a lot of land is no longer developed, as a third of the city remains in blight, so developers are constantly reimagining how to use that space. A $75 million investment, for example, just broke ground on the Detroit Riverfront to add 22 acres of green space.

Speaking of the riverfront, Detroit is situated on the international waters of the Detroit River. The skyline of Windsor, Canada is visible just across the shoreline—and there’s no better time to see it than during sunset.

To catch a sunset over the Detroit River, head to Belle Isle, a 982-acre island in east Detroit; the Detroit Riverwalk, complete with music and family-friendly activities; or Campus Martius city park, where food trucks and seasonal installations dot every corner (there’s a makeshift beach in summer and ice skating in the winter). Each also gives a breathtaking view of Detroit’s restored iconic skyscrapers, such as the Book Tower and Guardian Building.

With roots in Motown, punk rock, techno, and blues, Detroit’s music legacy goes back decades. The White Stripes, Aretha Franklin, MC5, and Eminem are just a few legends that hail from the area. After all, there’s a reason Detroit has so many musical nicknames, like Motown and Detroit Rock City.

Detroit has a thriving Black population that was and continues to be an essential contributor to the city’s diverse culture. Dabls Mbad African Bead Museum is a hidden gem off of Grand River Avenue that’s home to one of the city’s most unusual and stunning art installations. It pays tribute to African bead history with 18 outdoor installations crafted out of African beads and mirrors. Inside the museum’s shop, you can also buy African beads in all colors and styles.

Charles H. Wright Museum of African American History and Detroit Historical Museum also shine a light on Black history, innovation, and legacy in and around Detroit. Exhibits include a sweeping legacy of Detroit’s Black music history, portraits of former President Barack Obama, and a time capsule of Detroit’s role in the Underground Railroad.

Sure, coneys are a Detroit staple. But the city is also full of beloved diners, family-owned joints, and award-winning restaurants that play an equal role in building the city’s fast-growing food scene.

Green Dot Stables has a rotating menu of more than 20 different sliders, which includes an ever-changing “mystery meat” slider that we highly recommend those with adventurous palettes try (past creations include camel and turtle meat).

Middle Eastern food is another Detroit staple, with Bucharest Grill taking the cake for best chicken shawarma sandwich in town; Dearborn, just outside of Detroit, is home to one of America’s largest Arab populations and the James Beard award-winning Al Ameer restaurant.

Lastly, don’t forget to visit other James Beard Award-winning restaurants such as Selden Standard, which offers locally-sourced small plates; Sister Pie, home of both savory and sweet pies; and Standby, a swanky lounge with one of Detroit’s most extensive craft cocktail menus.

With one of the largest and most significant art collections in the United States, the Detroit Institute of Arts is a must-see for visitors. This world-renowned museum nearly went bankrupt during the city’s financial crisis in 2013, but private donors stepped in to save it from going under.

In more than 100 galleries, you’ll find renowned works from Picasso, Rembrandt, and Fuseli, among others, along with the museum's centerpiece, a series of massive murals from Diego M. Rivera depicting workers in medicine, technology, and the auto industry—but don’t forget to visit the museum’s Kresge Court for a pastry and coffee. This stunning architectural gem has a sky-high glass ceiling and relaxing indoor courtyard that make it the perfect spot to read a book.

Just a short drive from downtown Detroit in Dearborn is The Henry Ford museum, where American innovation shines. Originally called the Edison Institute, the building opened in 1929 after more than 10 years of careful planning and collecting. You can easily devote an entire day to it, as the museum is full of hundreds of artifacts to explore: official President automobiles, an in-depth look at early aviation history, the bus on which Rose Parks refused to give up her seat, and predecessors to the famous Model T.

Also on the property is Greenfield Village, where you can step back in time and see how 300 years of innovation shaped life as we know it today. The best time to visit is in October, when the property is decked for Halloween. Still, automobiles aren’t Detroit’s only export. Detroit is also where Faygo, Better Made Potato Chips, Sanders candy, and Vernors were born.

Thank you! Your submission has been received!
Oops! Something went wrong while submitting the form.
Last Updated
November 2, 2022 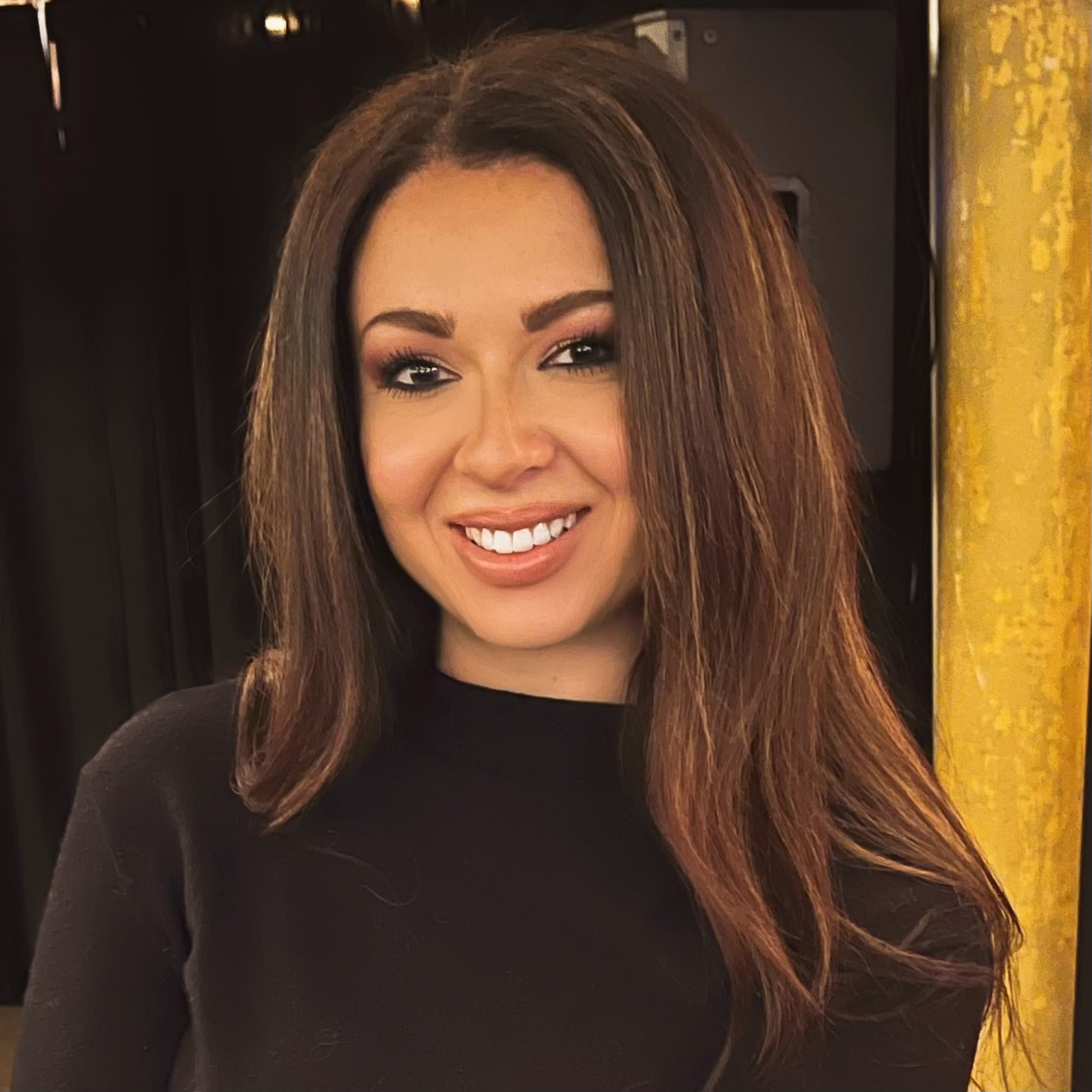 Ashley Zlatopolsky is a Michigander and Detroit-based writer. She’s covered Detroit history and culture for more than 10 years, and loves exploring the city to find new and hidden gems.