How to City Hop and Fly Cheaply Within Europe 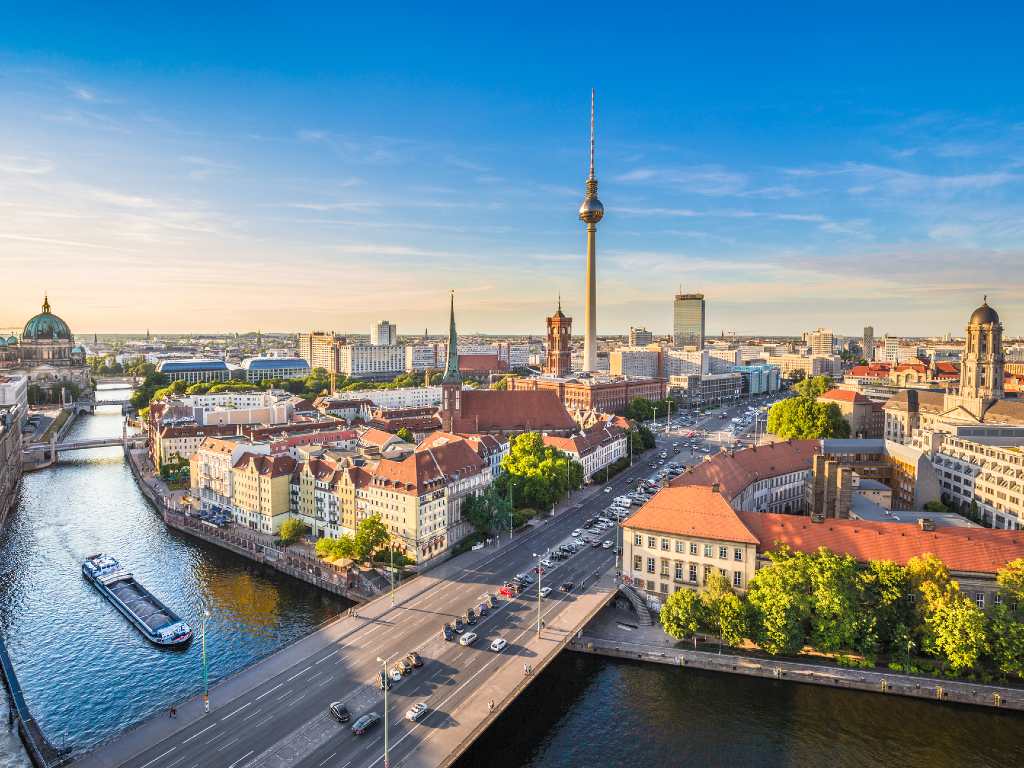 One of the cheap flight hacks we talk about often at Scott's Cheap Flights is the Greek Islands Trick. The idea is to focus on getting across the ocean as cheaply as possible, and then once there use inexpensive regional transport options to reach your final destination.

The Greek Islands Trick is especially useful in Europe, where the relatively small size of the continent and plethora of train connections and budget airlines makes it easy to travel between cities for little money.

Whether you’re using the Greek Islands Trick to save money on flights, or you want to stop in several cities on your European adventure, here are some tips for getting around cheaply within Europe.

Check Rome2rio to weigh all your options.

Sometimes flying is the fastest, cheapest, and easiest way to connect to another city in Europe. At other times, options like bus, rail, and even ferry may make more sense.

Don’t assume. Weigh your options by plugging your departure and destination cities into Rome2rio. This tool shows you all the possible ways to get from point A to point B, laying out prices and times for different combinations of buses, trains, planes, and even rental cars and estimated fuel costs.

If you’re traveling from an airport to another city, flying may be more convenient, but if you’re going from city center to city center, a longer train ride can work out to the same amount of transit time as a shorter flight once you factor in time to get to the airport, check luggage, and go through security.

European train stations tend to be located much closer to the city center whereas airports are often out in the suburbs and require you to spend extra time and money on a cab or shuttle into the city.

For longer distances, look into overnight trains. While flying might be cheaper and faster, spending the night on a sleeper train saves you a bit of money on accommodation.

If cutting costs is your number one priority and you’re not on a tight schedule, taking a bus could be your best bet. It may take longer to get there, but bus travel can be incredibly inexpensive, costing as little as €15-20 to get across much of the continent.

For certain cities, taking a ferry can be a viable option. They’re often cheaper and faster for short distances; for longer distances, booking an overnight ferry can save you a night in a hotel. And of course, ferries, can also be quite scenic, acting as a trip unto themselves and providing plenty of photo ops.

>> Read our guide to train travel in Europe.

Book early to get the best price.

Even though Europe is rife with low-cost airlines, booking your connecting flights ahead of time will save you money. Fares tend to rise as the departure date approaches, especially during the final two weeks before travel. Two to six months in advance is a safe window; allow even more time if you’re traveling during peak periods or holidays.

This applies to trains, too. Tickets tend to go on sale three to six months before travel, and prices rise as the departure date approaches.

>> Read more about the best time to book a flight.

Allow ample time between your arrival in Europe and your connection.

Upon arrival in Europe, you’ll need to go through immigration, and if your next flight is on a separate reservation, you’ll need to collect and re-check any checked luggage, then go back through security before catching your next leg. Make sure to give yourself at least a few hours of layover time between flights to allow for any delays. Or, better yet, put a day or two between flights so you can spend some time in the first city and not worry about missing your onward flight.

Since the second airline has no knowledge of your first reservation, if a delay causes you to miss that second flight, you’ll be seen as a no-show and the airline will be under no obligation to put you on the next flight free of charge.

If you’ve booked two separate flights on the same carrier, you might be able to check your luggage all the way through to your final destination, saving you some time and energy in transit. However, make sure to fully investigate this scenario when booking as airline policies vary greatly.

Many European cities have multiple area airports, and in some cities, certain low-cost European carriers fly in and out of the smaller secondary airports. These airports can be an hour or more from the major city they’re associated with, but are still labeled as one of that city’s airports.

For instance, it’s more than 60 miles between London’s main international gateway, Heathrow Airport, and the smaller regional London Stansted airport, and the journey takes about an hour via taxi or nearly two hours by train or bus. If you need to make a connection between the two, you’ll need to budget both time and money to do so.

Always double check the airports on your itinerary, and consider the extra time or costs of reaching a more distant airport. It may end up being cheaper in the long run to pay a higher fare for a more convenient connection.

As in the US, many budget European carriers keep fares low by unbundling amenities like checked and carry-on luggage. Several even restrict passengers flying on the lowest fare class to a single personal item, and some measure and weigh hand luggage before allowing passengers to board. You can save a bit by traveling light.

If you do need to pay for luggage, pay for your bags online in advance, as some airlines change extra to add this luggage to your reservation at the airport check-in counter.

It can be helpful to travel with smaller, lighter bags on trains, too. While there’s no charge to bring luggage on trains in Europe (though most trains limit you to two pieces), you’re responsible for getting your own luggage on and off the train.

>> Get our tips for packing light.

Watch out for extra fees.

Similarly, many European budget airlines charge extra fees for everything from carry-on bags and onboard refreshments to advanced seat assignments and airport check-in (vs online check-in).

Policies can vary greatly between carriers and fare classes. For example, a €50 easyJet flight that allows passengers one free carry-on bag of unlimited weight might end up being a better deal than a €30 flight on Wizz Air, which might change an additional €25 for the same bag. Make sure you’re comparing apples to apples and accounting for any extra fees.

Remember not all airlines are created equal.

Europe has an impressive amount of budget carriers offering fantastic regional deals, but that doesn’t mean they’re all the same. In addition to extra fees and restrictions, quality standards can vary greatly from company to company. Research airlines thoroughly when comparing prices and routes as each carrier comes with its own specific benefits and drawbacks. For more information on navigating Europe’s low-cost landscape, check out this helpful article outlining the best and worst budget airlines in Europe.

Here are some of the more popular budget carriers in Europe, along with their hub airports.

Thank you! Your submission has been received!
Oops! Something went wrong while submitting the form.
Last Updated
October 25, 2019