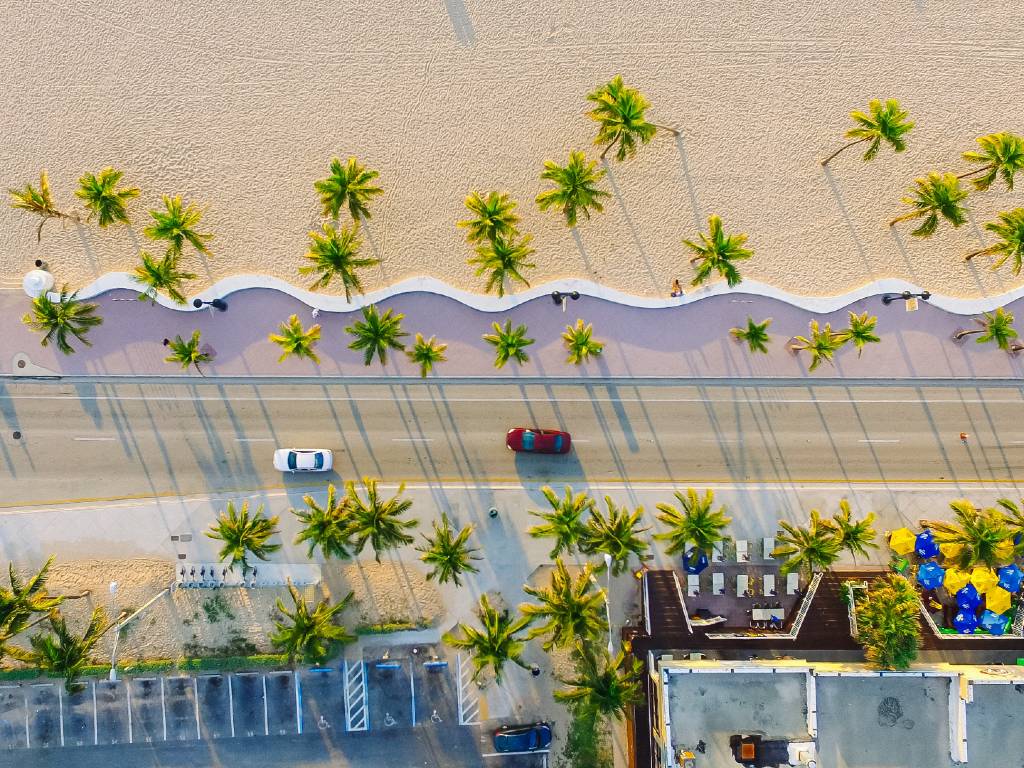 Florida is home to several vacation hotspots, but few cover as many bases as sunny Miami. The Miami metro area is a delicious blend of historic architecture, Latin American cultures, buzzy night clubs, a dazzling variety of restaurants, and spectacular beaches.

Things to Know About Miami

Miami itself is sometimes called the “Capital of Latin America” for the strong Latin influences throughout the city. The vibrant Little Havana neighborhood is a must for visitors, if for no other reason than to feast on authentic Cuban cuisine, while nearby Allapattah has a large Dominican population.

Some of the most famous attractions in the area, though, are in neighboring Miami Beach. Here, you’ll find an impressive number of Art Deco buildings, high-end boutiques, celebrity chef-owned restaurants, and the gorgeous sandy beaches that draw travelers from around the globe.

Ready to go? Read our travel guide to Miami.

When it comes to finding cheap flights to Miami, many of the best tips are suggestions that apply almost regardless of where you’re flying. It never hurts to have a reminder, however, of our favorite ways to save money on airfare—and we’ve included some Miami-specific tips here, too.

Fly into Fort Lauderdale instead.

Miami International Airport (MIA) is the more convenient airport option for travelers to Miami, but more budget carriers use nearby Fort Lauderdale-Hollywood International Airport (FLL) as their hub in the region. Fort Lauderdale’s airport is about 30 miles from Miami and some of the airlines you’ll find there are ones that have a more limited presence at Miami’s airport—including JetBlue, Southwest, and Allegiant Air.

To minimize the amount of daily work required to find a great deal on airfare, we recommend setting up a fare alert so you’ll be notified when the price drops to a specified range. It’s not a bad idea to set up the alerts several months ahead of your trip so you have ample time to watch price fluctuations. One downside to this, though, is that if you have flexible dates you’ll need to set up a few alerts.

Be flexible with your travel dates.

If your travel dates are fixed and immovable, your flight options will be limited. You might get lucky with a low fare on your chosen travel days, but the best bet for budget travelers is to widen the search from the start. Look at the fares over several days, or even up to a month, and you might get an airfare bargain.

You may be fortunate enough to live reasonably close to multiple major airports, which usually means you have a greater chance of finding a cheap plane ticket. If you live in Milwaukee, for example, check fares to Miami (and Fort Lauderdale) from Chicago’s Midway and O’Hare airports. (See the best US airports for cheap domestic flights.)

Miami is popular year-round, to a certain extent, but there are certain times of the year when its popularity soars along with the cost of airline tickets. The winter holiday season is one to avoid if you’re on a budget, as is Spring Break.

Book 1-3 months in advance of your trip.

The best time to book any domestic flight to get the best fare is 1-3 months ahead of your trip. If your travel dates are inflexible (or around the holidays we recommend avoiding), we recommend booking even further in advance. If you have to book with a shorter window, be aware that prices can often jump at the 21-day, 14-day, and 7-day marks, so try to book before those.

There are so many airline options when you search for a flight anywhere that you might not notice a big one that’s always missing: Southwest. Southwest’s tickets don’t show up in any of the OTAs, so to check their fares you’ve got to go to the source. And since Southwest flies into both Miami and Fort Lauderdale, you’ll have plenty of options.

We all know how much airlines like to nickel and dime us these days, and that’s especially true if you’re flying in economy class or with any budget carrier. Your carry-on suitcase may not even be included in the price of the ticket, and a checked bag most certainly won’t be. Your best bet to save money is to travel as light as possible.

At first glance, you might think that all OTAs are basically the same. We have a few favorites, however, that we think you’ll find are the most useful for most travelers: Google Flights and Momondo. Google Flights lets you search fares to and from multiple airports, which is handy when you can fly into either Miami or Fort Lauderdale (and possibly from a couple of different airports as well). We love Momondo for making sure we’re getting the cheapest fare, even if we’ve found a deal on another OTA.

Many airlines now offer free changes on fares above basic economy. This means if you book and the price later goes down, you can buy the ticket and the new, lower price, cancel your original ticket and get a voucher for the original fare (just make sure you can expect to use the voucher before it expires—typically in one year).

We do the fare searches for you every day, and when you’re getting our daily emails you’ll be able to not only keep an eye on fares to Miami but you’ll also be ready to grab a great deal when you see it.

Why are flights to Miami so cheap?

Flights to Miami can be found relatively cheap from all corners of the country. It’s a major tourist destination and there are several airlines each offering dozens of daily flights to the city, which helps keep competition high and prices low. Additionally, the proximity of Fort Lauderdale (FFL) airport increases competition.

How can I find cheap flights to Miami Beach?

The closest airport to Miami Beach is Miami International Airport (MIA), but you should also look at flights into Fort Lauderdale-Hollywood International Airport (FLL). The former is closer to Miami Beach by a little more than 16 miles, but flights to Fort Lauderdale are often cheaper. We recommend looking for fares on Google Flights, keeping your travel dates flexible to increase your chances of finding airfare bargains, and booking your tickets 1-3 months ahead of your trip.

When are the best times to fly to Miami?

The best times to fly to Miami are during the low season of May-September.

What is the name of Miami’s airport?

What are Miami’s Covid rules?

Masks are required in “public indoor settings,” and encouraged in “all public settings including outdoors” throughout Miami-Dade County. Social distancing is also encouraged.

How does SCF find cheap flights to Miami?

Scott’s Cheap Flights uses proprietary technology and the deep knowledge of human Flight Experts to search for flights to Miami 24/7. When prices drop, we quickly let our members know so they can snag the deal before it’s gone.

Is there a hotel in Miami International Airport?

Yes, the Miami International Airport Hotel is inside the airport terminal.

How far is Miami Airport from Miami Beach?

Miami Airport is just over a 12.5-mile drive from Miami Beach.

What time is it in Miami?

Miami is in the Eastern time zone, four hours behind GMT.

How long is the flight to Miami?

Which airlines have the most on-time arrivals to Miami?

According to the Bureau of Transportation Statistics, the major carriers with the most on-time arrivals to Miami in 2020 were:

Missed one of the amazing deals mentioned above? We find new ones everyday, including cheap flights to Florida and all over the world, with savings of $200-$550 per economy ticket. Learn how it works.

Thank you! Your submission has been received!
Oops! Something went wrong while submitting the form.
Last Updated
November 16, 2021