Charlotte: The Southern US City Named for an English Queen 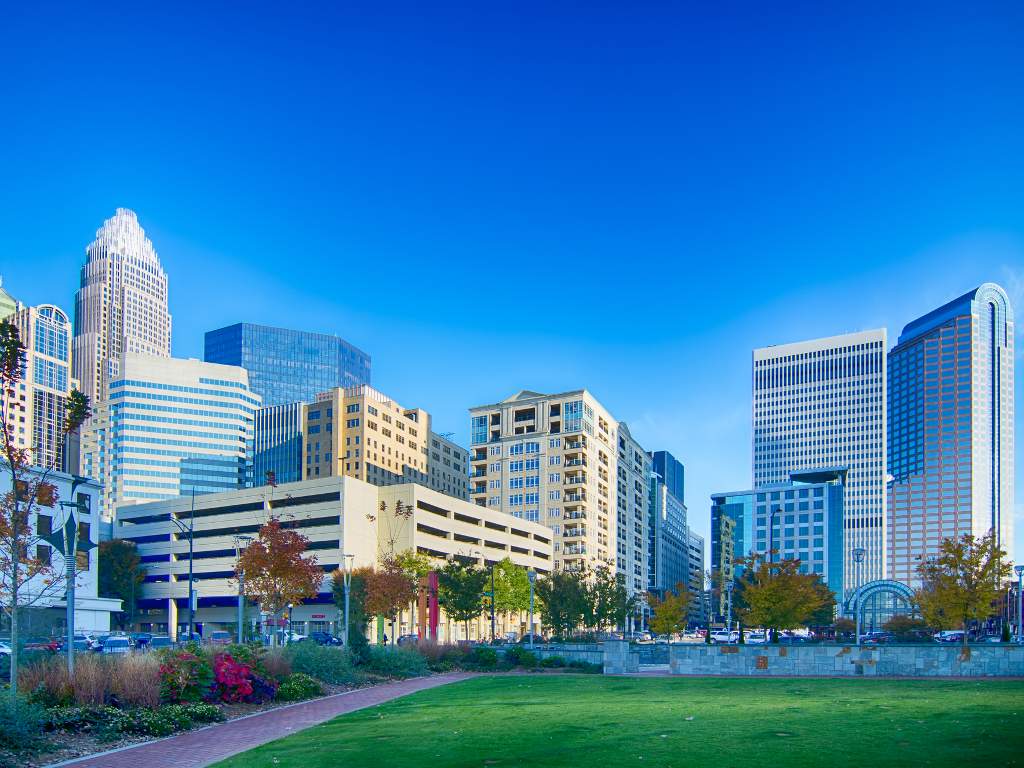 Nestled in the southwestern part of North Carolina, Charlotte is often overlooked for its neighboring cities and towns dotted with mountains and beaches; however, the city is making the case for becoming a sought-after destination with its burgeoning food scene, museums, culture, and sports.

With a population approaching 900,000 people, Charlotte continues to rank No. 1 as the largest city in North Carolina and No. 9 on the list of the fastest-growing cities in the United States.

The Catawba people were the first-known tribe to settle into the Charlotte area more than 10,000 years ago. At the time of first European contact, they numbered around 8,000, but conflict with the settlers as well as disease (including a 1738 smallpox epidemic) eventually reduced that number to less than 500 by the mid 1700s. Today, about 2800 Catawba live on a reservation in Rock Hill, South Carolina.

The city was officially incorporated in 1768 and named after the wife of  King George III, Queen Charlotte of Mecklenburg-Strelitz. It earned the nickname “Queen City” as a result and Mecklenburg County was also named in her honor.

Check out Charlotte Liberty Walk to get a glimpse of the city’s history and its importance during the American Revolution. A visit to the Levine Museum of the New South will also help put the city’s history into perspective, focusing on the historical period of the “New South” where industrial development began.

Where up is down

Downtown Charlotte is called “Uptown” Charlotte. Confusing, but there’s a reason for it. In the mid-1700s Uptown served as a trading path for Native Americans—running southeast from Georgia up to Virginia’s coast. It also proved to be the highest point of elevation, therefore getting the name “uptown” by way of early settlers, as they were traveling uphill to town center.

It later turned into a cluster of business buildings between Trade and Tryon streets and a place that referenced the “New South,” a term used to herald a new economic future and to distance the region from Jim Crow laws and segregation. This was a time when industrial development had a boom. Nowadays,  “Uptown” refers to the entire business district, which is actually downtown.

The Wall Street of the South

Charlotte is home to the second-largest financial industry in the nation. It all started back in 1927 when the Federal Reserve Bank opened a local branch in the city, providing a huge boost to the local economy and paving the path for making Charlotte an epicenter of finance within the state. In 1992, the Bank of America Corporate Center became the tallest building in the city, and North Carolina as a whole, and still holds these stats to date.

Uptown Charlotte feels like a mini Wall Street, which has drawn in many businesses to the area, but with a surplus of wealth to the area, comes rising rent in commercial buildings, which is why many local businesses are located in surrounding neighborhoods like NoDa (North Davidson), Dilworth, and Plaza Midwood.

In the 1980s, Charlotte’s food scene was made up of mostly meat and three-style restaurants (where diners choose one meat and three traditional sides like mashed potatoes, cole slaw, or beans and rice). Fast-forward to today and the city is overflowing with breweries, creative food concepts, cocktail bars, and everything in between.

The immigrant population can be credited for bringing diversity to Charlotte. This is a result of a salad bowl suburb boom starting in the the 90s; instead of settling together in one area, immigrants in Charlotte mixed in with different neighborhoods.

At one point, the city’s Latino population was the fastest-growing in the country. Today, approximately 130,000 immigrants live in Charlotte and 17,000 refugees have resettled in Charlotte since the mid-1990s, the latter largely from Syria, Burma, Bhutan, and the Democratic Republic of Congo. Charlotte holds an annual conference, Welcome Interactive, that highlights conversations and stories about economic development, immigrant inclusion, leadership, and more.

In 2004, Johnson & Wales University opened a massive 33,000-square-foot campus, and its culinary program attracted a new era of chefs to the city. Soul Gastrolounge, Fin & Fino, Haymaker, Haberdish, Stagioni, The Goodyear House, What the Fries, and Dot Dot Dot are a few concepts that will give you a look at Charlotte’s exciting food and beverage scene.

Fun fact: Charlotte is coined the World’s Pimento Cheese Capital by way of Ruth’s Salads producing up to  45,000 pounds of pimento cheese per week.

While Black people make up roughly 35% of Charlotte’s population, Black chefs have not historically been highlighted in the city’s mainstream food scene. That’s been changing in recent years though.

In 2019, Subrina and Greg Collier relocated to Charlotte from Rock Hill, South Carolina, with the opening of Uptown Yolk, a breakfast joint located in The Market at 7th Street in Uptown (reopening this year in Southend).

In 2020, amidst the pandemic, the duo opened Leah & Louise, a Memphis-inspired juke joint. It’s located in Camp North End, a mixed-use space in a former car factory and military depot—and a space that has Charlotte developers re-thinking future developments and gentrification after years of pushing low-income people out of their homes in exchange for luxury high-rises.

Since then, the Colliers have helped raise the profile of Black chefs in and out of city limits. In 2022, Chef Greg Collier was the first chef from Charlotte to make it to the final round of the James Beard Foundation Awards (he was a semifinalist in 2019 and 2020). In 2021, both Colliers started the Bayhaven Food & Wine Festival, the first all-Black food festival.

A need for speed

Coined America’s Home for Racing, Charlotte is not only a hub for NASCAR but approximately 75% of all NASCAR teams reside within two hours of the city. This includes Dale Earnhart Jr., who lives in a larger-than-life house on a 200-acre plot of land just outside of Mooresville.

Why Charlotte? It all goes back to Piedmont's surplus of red clay, a natural surface that proved to work brilliantly for racing.

The first professional stock car race was held at the Charlotte Speedway in 1949—and in 1959, Charlotte Motor Speedway, technically in Concord, was built by current chairman and NASCAR Hall of Fame inductee, Ollen Bruton Smith—featuring the only all-concrete, four-lane drag strip in the United States.

According to University of South Carolina professor Tom Regan, the speedway draws in over 1.1 million people each year, bringing in an economic impact of roughly $451 million a year. NASCAR Hall of Fame is also a draw, where racing fans can get interactive with exhibits and learn more about the history of the sport.

White water, fine art, and everything in between

Aside from NASCAR, Charlotte is the place to go for an all-around good time. There’s a bevy of other sports games to take part in, like the NFL’s Carolina Panthers and NBA’s Charlotte Hornets.

The U.S. National Whitewater Center continues to be home to the largest man-made whitewater river in the world and an Olympic training site. The Bank of America Stadium, where the Carolina Panthers play, is located in the heart of Uptown and also hosts  some of the biggest concert tours in the world.

If that’s not enough, Queen City offers a wide range of museums. Over two dozen, to be exact. The Mint Museum (with two locations), Bechtler Museum of Modern Art, Levine Museum of the New South, and Charlotte Museum of History, to name a few, will keep you informed and entertained.

Do: Ditch the car and hop on the light rail’s LYNX Blue Line to discover Charlotte’s pocket neighborhoods. The route is 18.9 miles long and operates from ​I-485 at South Boulevard to UNC Charlotte's main campus in University City, allowing you to experience breweries, boutiques, museums, and more without driving.

Stay: Kimpton Tryon Park Hotel is located in the heart of Uptown and within walking distance to the Bank of America Stadium, plus multiple restaurants and bars.

Eat: As listed above, there are many standout restaurants in Queen City. Check out multiple spots at once by hopping over to Camp North End or Optimist Hall to get the best of all words in one space.

Thank you! Your submission has been received!
Oops! Something went wrong while submitting the form.
Last Updated
July 5, 2022 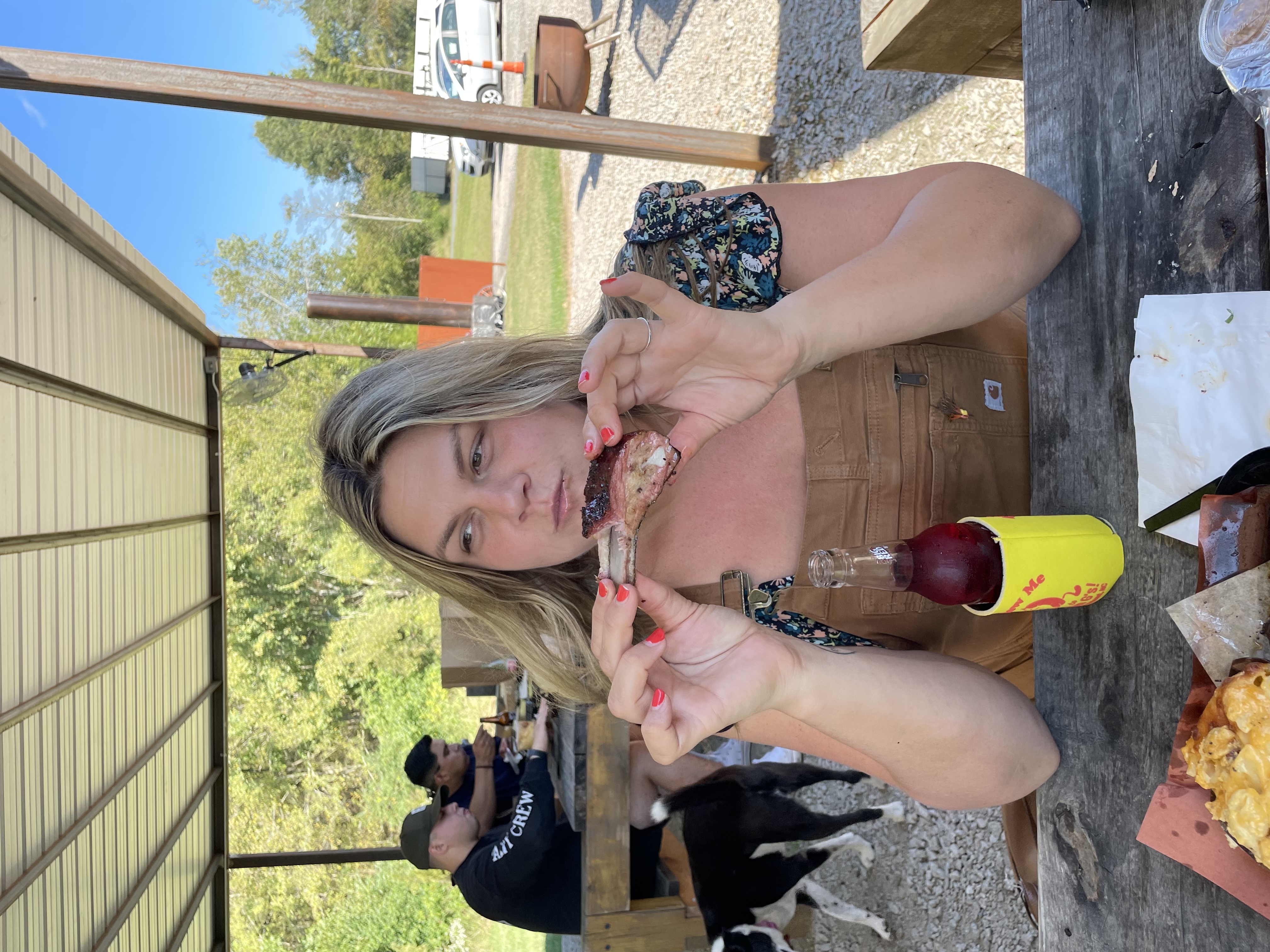 Jenn Rice is a national food and travel writer who splits time in the Southeast and Mountain West. Find her work in national outlets such as Conde Nast Traveler, AFAR, Vogue, Food & Wine, Thrillist, and more, as well as regional outlets like Park City Magazine, Eater Carolinas, and Raleigh Magazine. Via storytelling, she captures spaces and faces through her own creative outlook.