Cape Town: The South African City Where the Mountains Meet the Sea 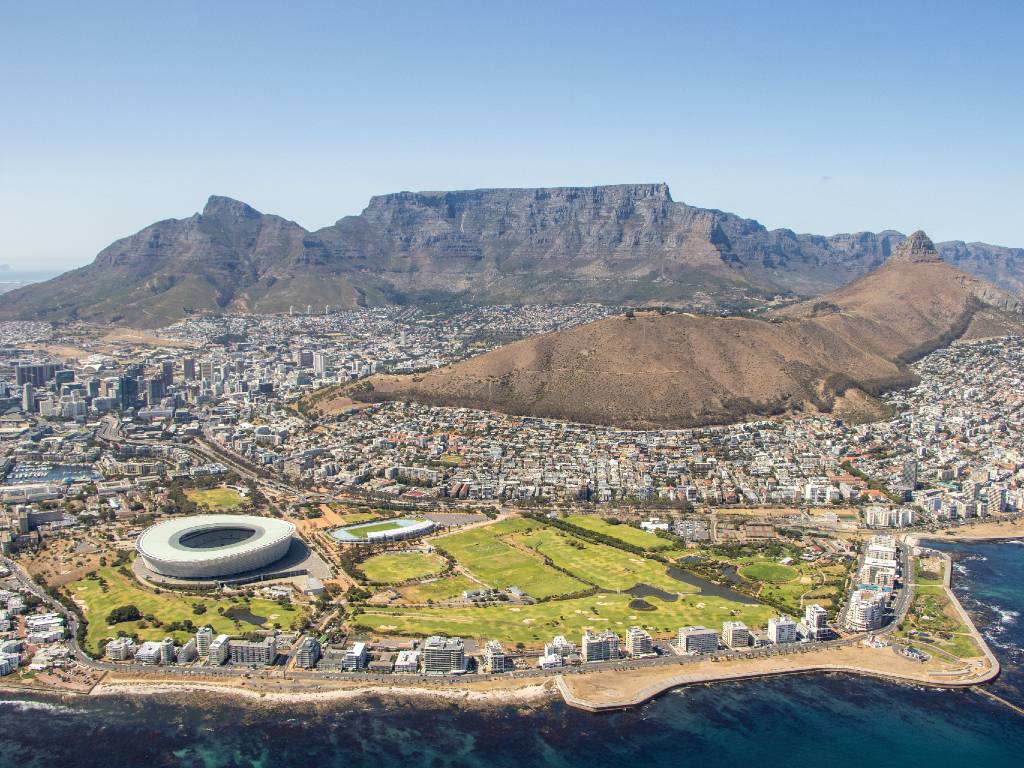 If you’re one of those pragmatic people who don’t believe in love at first sight, it may be because you’ve never seen Cape Town. There is simply something about this city by the sea that enraptures people.

Perhaps it’s the mountain-meets-beach landscape. Maybe it’s the lively culinary scene, the cheery family-friendliness of the place, or the coming together of cultures through music, fashion, architecture, language, and food. Or perhaps it’s just that people seem to instantly feel more relaxed on arrival.

They call it the Mother City, and while some say it’s because it was once declared the only metropolis (derived from the Greek for ‘mother city’) in Africa, others suggest it’s because it takes around nine months for anything to get done…

Either way, there’s lots to love about Cape Town.

Center of the city, pride of its residents, and handy orientation spot for Capetonians giving directions, Table Mountain is the focal point of Cape Town.

Although most people only think of the mountain’s flat-topped facade, the Table Mountain range stretches for miles down the Cape Peninsula. Along the way, it harbors hiking trails, mountain biking routes, a dizzying cable car ride, and enough plants to keep budding botanists grinning for weeks.

Birders are also happy and while wildlife is largely skittish and nocturnal, dassies are abundant. Resembling an oversized hamster, the adorable dassie—also known as a rock hyrax—is actually more closely related to the elephant.

A tale of two smokers

Table Mountain’s flat top is visible from almost anywhere in the city—at least when the notorious “tablecloth” is not around. This dense cloud has a legendary origin story dating back to the 1700s. The legend starts with a chain-smoking ex-pirate called Jan Van Hunks, who liked to puff his pipe on Table Mountain’s slopes.

One day, on finding a cloaked stranger sitting in his usual spot, Van Hunks challenged the newcomer to a smoking contest. Hours of billowing smoke later, the stranger conceded and on lifting his head, his cloak slipped to reveal a pair of horns. Van Hunks, who had inadvertently beaten the devil himself in the competition, promptly disappeared in a flash of lightning. To this day, when the clouds roll in, locals ponder whether the devil is demanding a rematch.

The Dutch colonized Cape Town (originally called New Netherland)  in 1652 for its location. Mid-way between Europe and the spice route of the East, the Cape was ideally positioned to be a refreshment station for those scurvy-fearing seamen low on supplies.

It was also a good pit stop for those wanting to settle their nerves before attempting to round the notorious Cape of Good Hope. With its rough, rock-strewn waters and stormy weather, the Cape has claimed many a ship, although perhaps none more famous than The Flying Dutchman. Said to have perished in the Cape’s rough seas more than 300 years ago, the ghost ship is doomed to travel the high seas for all eternity.

Of all the ethnic groups and cultures that call Cape Town home, none tells the story of the city quite as well as the Cape Malay people. Descended from enslaved African and Javanese people and, to a lesser extent, Khoisan hunter-gatherers (South Africa’s indigenous people), the Cape Malay culture is rich and fascinating.

The best way to get a taste for it is in a literal sense, through traditional Cape Malay cuisine. Like the people, the cuisine melds elements of Asia and Africa, creating fragrant and subtly spicy dishes including curries, cardamom-infused desserts, and the signature dish, bobotie, a kind of meat casserole with egg custard topping that’s easy to make it home.

Other than Cape Malay cuisine, there is one dish that is undeniably Capetonian. It makes no claim to be fancy or refined, but the Gatsby has been feeding families in the city since the 1970s.

Its undisputed inventor is Rashaad Pandy, who, having hired some laborers to help with construction work, wanted to send them home with full stomachs. Finding his fridge a bit bare, he put together what he had: a few French fries, some slices of bologna, and a spicy relish called atchar, all slapped on a hoagie roll. One of the laborers declared it to be a “Gatsby smash” and both the sandwich and its name caught on.

Today the colossal rolls—usually more than a foot long—are served in takeaways around town, including Rashaad’s own restaurant, Super Fisheries. They come filled with thick-cut fries, sauce, and salad, topped with anything from bologna to calamari or spiced steak with a fried egg. The Gatsby is enjoyed equally by workers looking for a quick and filling lunch, families on a budget, and hungover students in search of sustenance.

South Africa’s wine industry dates back to the late 17th century, when European settlers arrived with their viticulture knowledge. While the earliest wineries were founded in Constantia, 11 miles south of Cape Town, the bulk of the estates lie in Stellenbosch, Paarl, and Franschhoek, an hour’s drive east of the city.

Taking pride of place in many tasting rooms is South Africa’s home-grown grape, pinotage. Created in 1925 by crossing pinot noir with cinsaut (then known as hermitage), the grape produces robust red wines with rustic flavors including tobacco, licorice, dark fruits, and sometimes even bacon or banana.

It only measures two square miles, but Robben Island packs a huge amount of history into its borders. Named by the Europeans for its original inhabitants (‘robben’ means ‘seals’ in Dutch), the island has served at various times as a haven for imported livestock to keep them safe from predators, colony for people with Leprosy, and a WWII fortification, but it is best known for being South Africa’s answer to Alcatraz.

From 1961 to 1991 the prison here housed political prisoners considered a threat to the apartheid regime of racial segregation. Its most famous resident was Nelson Mandela, who served 18 of his 27 years of incarceration on the island. Today, Robben Island is a tourist attraction for those wanting to learn about South Africa’s troubled past (some of the tour leaders were formerly incarcerated here) and pay homage to the late, great leader.

You can read more about Nelson Mandela and his impact on South Africa in his autobiography Long Walk to Freedom (which he wrote much of while at Robben Island) or check out the movies Mandela: Long Walk to Freedom or Invictus, the latter of which focuses on his life post-prison when he became president.

These days shipwrecks on the Cape of Good Hope are less of a concern since most people explore the Cape and the rest of the peninsula by car or on foot. The Cape is part of the Table Mountain National Park, and while you won’t see the Big Five (lion, leopard, elephant, buffalo, and rhino) here, the reserve is home to ostrich, zebra, and various antelope species.

Around Cape Point itself troops of baboons scout for their lunch—these guys can sniff out a picnic at 90 paces, even if it’s still packed away in the trunk of a car. Farther north near the seaside suburb of Simon’s Town lives a colony of birds you might not associate with Africa: penguins. If you’re lucky, one will swim by as you paddle in the icy ocean waters of the Atlantic.

Of the six “floral kingdoms” recognized in the world, the one found in and around Cape Town might be the smallest, but in relation to its size it is also the most diverse. The region, which stretches along the southern coast of South Africa, encompasses some 9,000 plant species, of which 69% are found nowhere else in the world.

This plethora of plant life has helped boost ecotourism, but its interest reaches beyond hikers and nature lovers. Plants like honeybush, rooibos, and buchu are turned into teas and used in medicines, while some of the more aromatic species have been embraced by craft distilleries looking to set their gins apart with botanicals that cannot be found anywhere else.

Cape Town is well known as a surfing destination, with choice waves found all along the coast. Beginners tend to flock to Muizenberg, which has served as a surf spot for over a century. The first known photo of a woman surfing was snapped at Muizenberg in 1919 and the beach has welcomed some famous—and perhaps unlikely—visitors.

Agatha Christie learned to surf at Muizenberg in the 1920s, while George Bernard Shaw was photographed in the waves at the ripe old age of 75. These days the beachfront is lined with surf schools, meaning anyone can follow in Agatha and George’s watery footsteps.

South Africa has 11 official languages and even the one you’ll likely be most familiar with has its own idiosyncrasies. In South African English, braai means barbeque, a jol is a good time and you don’t stop at a traffic light, you stop at a robot. But no expression is more quintessentially South African than the way people talk about time.

Most visitors would expect the term “just now” to refer to something that happened recently. In South Africa “just now” means something is going to happen in the future—the trouble is nobody knows quite when. If a local offers to assist you “just now,” you could be waiting minutes or hours. “Now now” is a little more urgent, but you might still expect an hour-long wait.

If you’re in a rush you could be lucky enough to find someone who promises to help out “now” … but then the only thing that reliably happens that urgently in the Mother City is another visit to the beach.

Join Scott's Cheap Flights and get emailed when we find amazing deals to South Africa or destinations around the world.

Thank you! Your submission has been received!
Oops! Something went wrong while submitting the form.
Last Updated
April 27, 2021 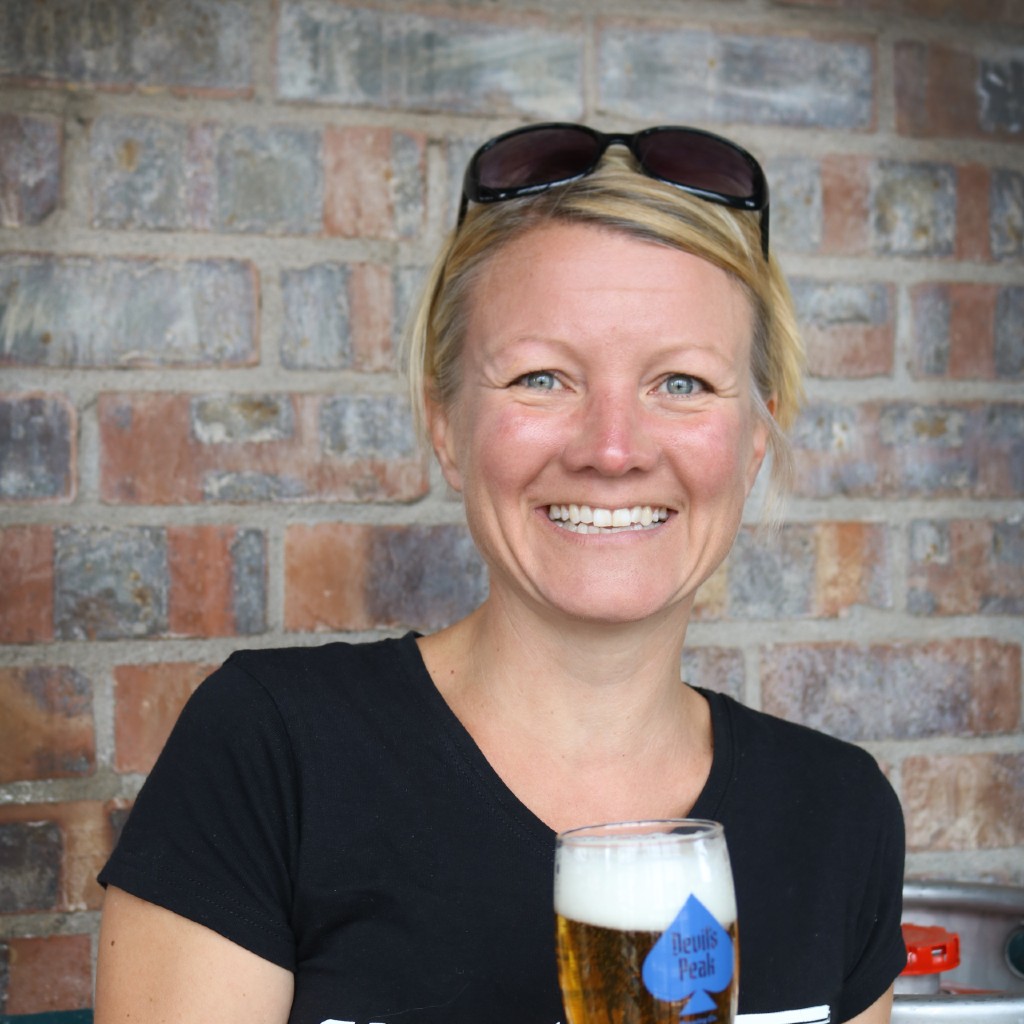 Lucy was born in the UK, but fell in love with Cape Town on a backpacking trip and moved there in 2010. She has written extensively on the Mother City and contributes to the Lonely Planet guides covering the region. The day that the sight of Table Mountain against a vivid blue sky fails to make her smile is the day that she will move on.