Bordeaux: The French City That’s The World Capital of Wine 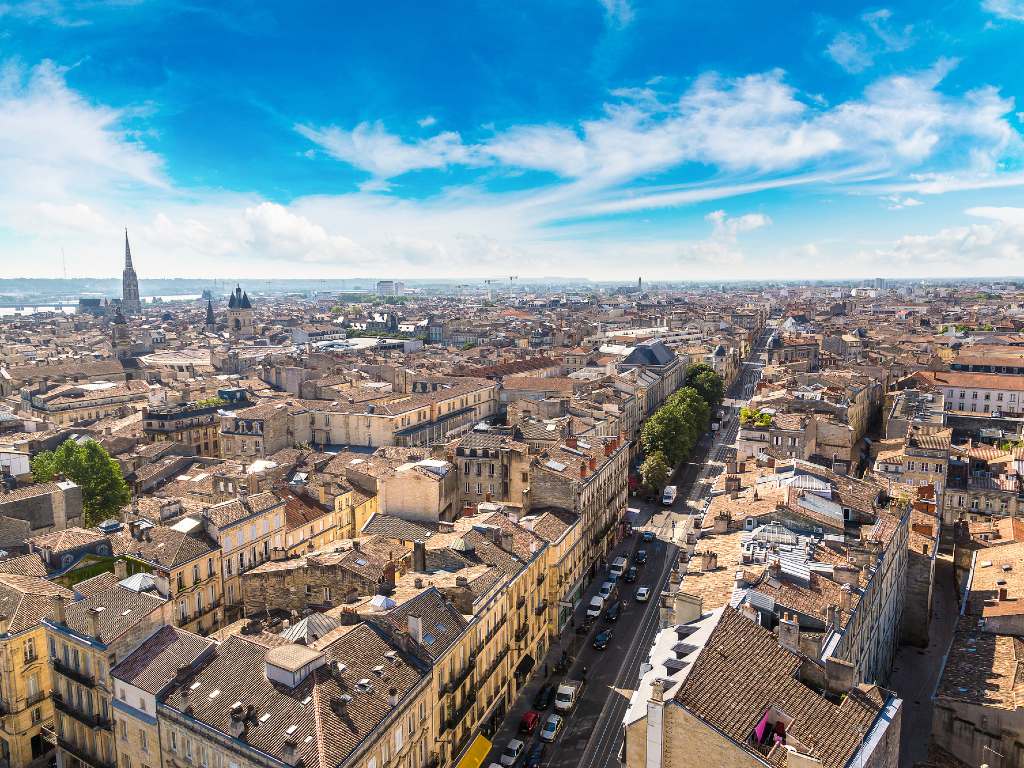 From Burdigala to Bordeaux

A city and region in southwest France, Bordeaux has a history that spans some 2,000 years. Formerly called Burdigala, the city was originally built during the 3rd century BC by a Celtic tribe. It was a strategic decision to build on the western Atlantic Coast and on the curve of the Garonne River. The vantage point was the perfect crossroads between the Atlantic Ocean, the Mediterranean Sea, and the Iberian Peninsula.

The city, which is also known as the Port of the Moon because of the curved shape of the Garonne River where Bordeaux sits, is now a UNESCO World Heritage Site with 347 listed buildings that span history over 2,000 years, dating back to Burdigala. That’s more protected buildings than any other French city except Paris.

Bordeaux is home to an impressive list of record-setters both in Europe and the world. The Miroir d’Eau is the world’s largest reflecting pool, covering 37,100 square feet. It’s shallow at less than an inch deep, but on any given day you’ll find barefoot Bordelais and tourists alike frolicking in the pool. Every 15 minutes, all the water drains out and it becomes a mirror reflecting the beautiful architecture of the Place de la Bourse.

Bordeaux is often called The Sleeping Beauty (or La Belle Endormie) and the city certainly has awakened over the past decade and now welcomes over 6 million annual visitors.

By the middle of the 20th century, Bordeaux’s monuments and neoclassical architecture were hidden under black grime built up from the pollution of being a port city for centuries. But just as Aurora was awakened by Prince Phillip’s kiss the fairy tale, it was long-time mayor Alain Juppé (he served from 1995–2004 and 2006–2019) who is credited with much of Bordeaux’s rise to a top French destination.

Under Juppé’s ambitious plan for urban renewal, the black façades were returned to a gleaming honey-gold, the tram network was developed, and a concert hall, stadium, and La Cité du Vin were built. Additionally, the high-speed rail network linking Bordeaux and Paris in just two hours was inaugurated in 2017.

Reminders of a tragic past

In 1716, Bordeaux joined with three other French ports as a gateway of the Three-Way Trade. Over nearly two centuries, more than 400 ships left from Bordeaux traveling to Africa where they’d exchange goods for enslaved Africans, who they then sold in North and Central America.

This slave trade, along with the trade of goods like cotton, coffee, sugar, and cocoa, lead to Bordeaux’s wealth. Much of the city’s neoclassical architecture and grand monuments were built with these profits.

For a long time, this past was practically hidden. But more recently the city has begun to acknowledge this history. There’s a bust of Toussaint Louverture, the leader of the Haitian revolution, on Bordeaux’s right bank, and a statue of Al Pouessi along the Quai Louis XVIII. Born in Ethiopia, Al Pouessi was captured at just 14 years of age and sold to two Bordelais brothers and given the name Marthe Adélaïde Modeste Testas. Her statue is accompanied by a panel briefly telling her story, and how she finally escaped enslavement.

The world capital of wine

The city of Bordeaux is at the center of one of the most famous wine regions in the world. With 65 appellations and more than 7,000 châteaux spanning some 300,000 acres, Bordeaux produces more merlot and cabernet sauvignon than anywhere else on the planet.

Wine history in the Bordeaux region spans more than 2,000 years and dates back to Roman times. In addition to the thousands of wine châteaux dotting the countryside around the city, visitors can also learn—and of course, taste—Bordeaux wines at the modern, multi-media La Cité du Vin wine museum.

The classification of Bordeaux wines

Bordeaux wines have the reputation of being some of the most expensive in the world—and many are—particularly a group of 61 châteaux that were included in the 1855 Classification of Bordeaux Wines.

Napoleon III, emperor of France, decided to throw a Universal Exposition in Paris in 1855 to showcase the best France had to offer. He requested Bordeaux to come up with a classification to help guide visitors to the best wines.

In just two weeks time, a group of top negociants and brokers drew up the classification on the back of an envelope. They ranked the wines into five categories, now known as the First through Fifth Growths, based on the price paid for grapes over the past 40 years.

That historic classification remains the most important and famous of any wine classification in the world and it’s almost exactly the same more than 165 years later. In fact, only two modifications were ever made.

Though the 1855 Classification is the most famous, Bordeaux wines were being classified before then (in fact, before he was president, Thomas Jefferson served as US Ambassador to France and created his own classification) and others have been created since.

But, those wines that were included make up a tiny percentage of the 7,000-some wine-producing châteaux across the Bordeaux wine region. There are absolutely affordable Bordeaux wines, many of which oenophiles will argue are just as high quality and delicious.

The rotten, moldy grapes worth their weight in gold

Bordeaux is best known for the red wine blends, but it has a sweet side, and it’s Sauternes.

Made from Bordeaux’s rare white grape varietals, Sauternes is special. Just the right climate conditions have to line up to create Botrytis cinerea, a type of fungus on the grapes that basically shrivels them up into super sweet and super concentrated raisins. And when those conditions do line up, it leaves behind little drops of golden heaven.

The botrytis grapes are entirely harvested by hand, individually picked from the vine grape by grape.

It’s this labor-intensive harvesting process, coupled with the rarity of the wine, that makes Sauternes so expensive. A bottle of Sauternes even holds the Guinness World Record for the most expensive bottle of white wine ever sold at auction. The price: $117,000.

The city of Bordeaux boasts the highest number of restaurants per capita in France, thanks to an abundance of highly prized regional ingredients that attract ambitious chefs. From the black truffles of the Dordogne Valley to the AOC beefsteak-style Marmande tomatoes and the small production of Arcachon Bay oysters to the world-renowned Dordogne duck, Bordeaux is the perfect marriage of wine and gastronomic delights.

One of the iconic Bordeaux specialities is the canelé, which has been made since at least the 18th century. It’s a pastry made with vanilla and rum, baked in a fluted copper mold until it’s caramelized on the outside and has a soft custard-like center.

In other parts of France, it’s spelled with a double n (cannelé). Only pastries made with the original recipe, which is known only to the Confrérie du Canelé de Bordeaux (Brotherhood of the Canelé of Bordeaux), can be called a canelé.

The most traditional Bordelaise dish is lamprey à la bordelaise. Lamprey, a 300-million-year-old eel-like fish from the Gironde estuary that’s been eaten since antiquity, are caught from December through May, hung up by their heads, and the tails are cut in order to collect the blood. It’s then cooked as a sort of stew with red wine mixed with the blood, shallots, leeks, onions, and potatoes. Cans of lamprey à la bordelaise, a dish once reserved for royalty, can now be found in every grocery store. There’s even a festival dedicated to the dish each April.

For a less adventurous protein, try magret de canard, or duck breast. The flash-seared duck breast meat comes from the mulard duck, which is known for being much more flavorful and thick than from breeds. Get a taste of Bordeaux at home with this recipe. Mulard duck can even be purchased online from a farm in Upstate New York to make the most authentic version of a bordelaise magret de canard.

Graffiti has had a revolution and Bordeaux is one of France’s top cities to see street art. The city has even created dedicated spaces for street art, like a 115-foot-long wall called Le M.U.R. in the Chartrons district, where street artists can showcase their works.

Street art has become so revered in Bordeaux that it pops up in the unlikeliest of places. JoFo was asked to create a mural thanking health care workers for their tireless work during the COVID-19 crisis. The mural adorned the Place de la Bourse over the scaffolding during restoration works in spring and summer 2020, a spot where all Bordelaise and tourists returning to the city would see it as France exited lockdown. JoFo even sold 500 signed prints of the mural with proceeds being donated to a local hospital.

Thank you! Your submission has been received!
Oops! Something went wrong while submitting the form.
Last Updated
September 15, 2021 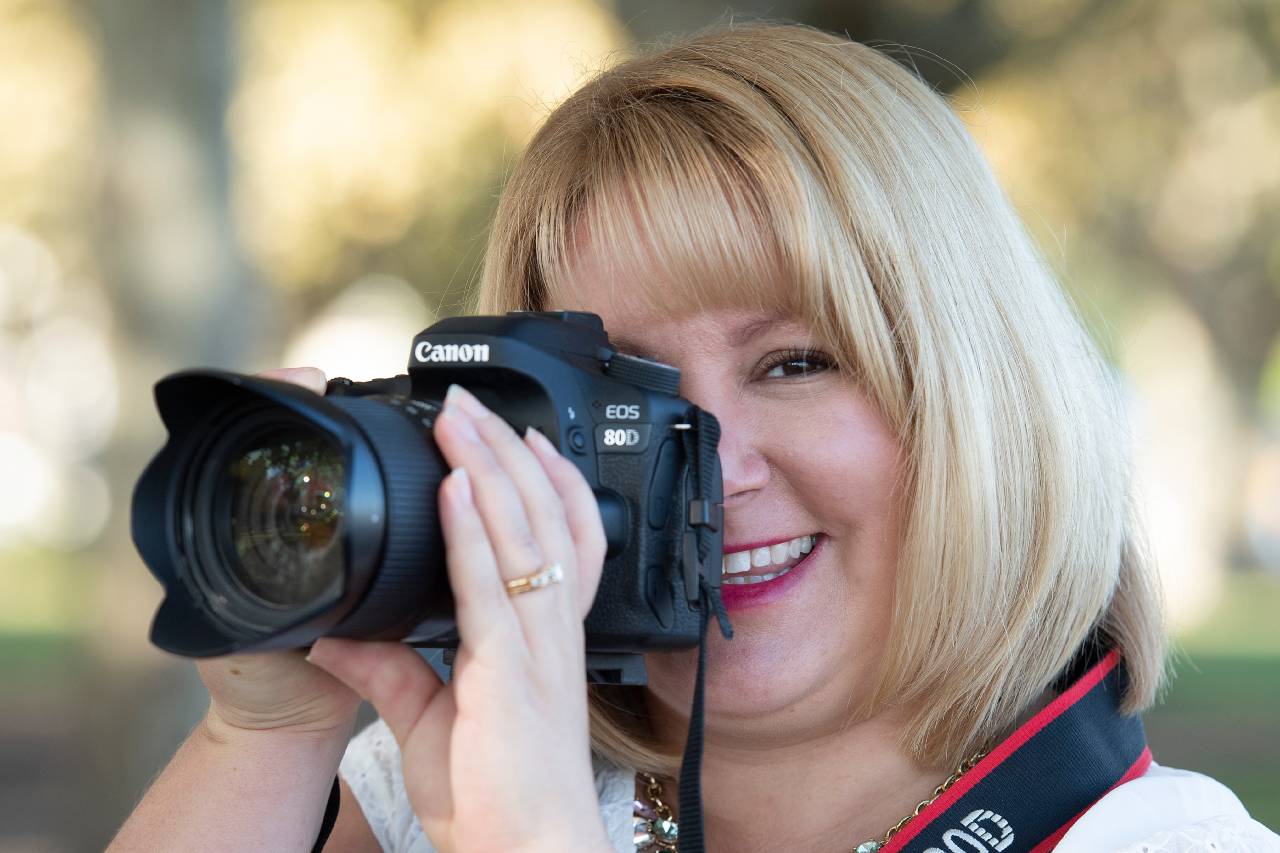 Jennifer Dombrowski is an independent travel publisher, content creator and an American expat who lives in Bordeaux, France. She is an award-winning travel writer. She is also a travel correspondent on Traveling on the American Forces Radio Network. Her award-winning blog, Luxe Adventure Traveler, was named one of the top travel blogs to watch and has been featured by top publications.