Belize: The Small Caribbean Nation with More Than 400 Islands 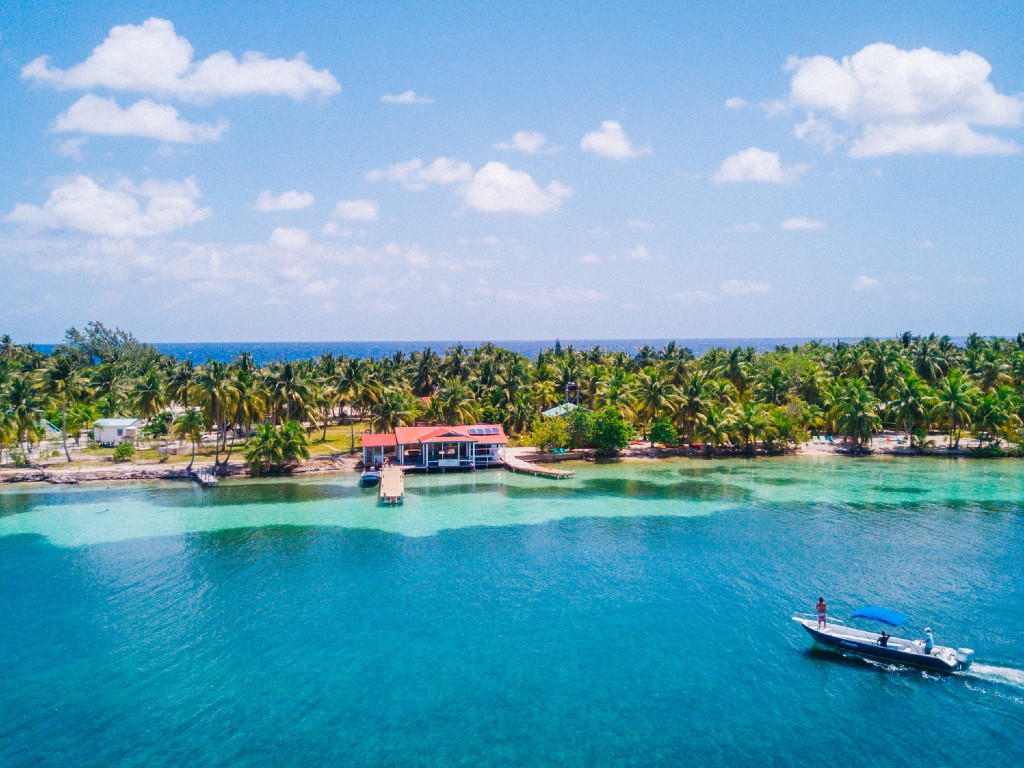 Geographically speaking, Belize is a tiny country—just a bit smaller than the state of New Hampshire. Don't let its small size fool you, though. There's an exhilarating adventure packed into every corner of Belize's 8,867 square miles.

Set on the eastern coast of Central America, the country offers about 240 miles of Caribbean coastline to the east and rainforests and jungle to the west, plus more than 400 cayes, small islands just barely peeking out of the water. Traversing the various areas is simple, and popular "reef and rainforest" packages allow travelers to experience the best of Belize in one trip.

The best views aren't from a skyscraper

You won't find Belize's tallest manmade structure in one of the country’s two main cities, Belmopan or Belize City. That record is held by the Caana Temple, located at the Maya site of Caracol in the foothills of the Maya Mountains. The Maya were Belize’s first inhabitants. Archeologists believe construction at Caracol could’ve started as early as 1200 BCE, though the first recorded habitation of Caracol was somewhere between 600 and 900 BCE.

Caracol is also the largest excavated Maya site in Belize to date—and there are dozens of others. Experts estimate that well over 100,000 people once called the sprawling site of Caracol home during its peak, an impressive figure given that Belize's overall population today hovers around 400,000.

Belize is about to hit a significant milestone in 2021—the country's 40th birthday. Belize achieved independence from Britain on September 21, 1981 (it was a royal colony for more than 100 years prior) and annual festivities, collectively referred to as "September Celebrations,” now take place most of the month to commemorate the event.

In pre-pandemic times, events usually include a big bash hosted by Belize's Belikin brewery, parades, concerts, and an expo, before more celebrations and parades on Independence Day itself.

Where the official language is just one of many

While Belize's national language is English, dozens of other languages are common across the country. Most Belizeans speak Kriol, the local version of Creole, though Spanish is also widely spoken. There are several dialects of Mayan in the western part of the country, and Garifuna, an Arawak-based language, in the south. Belize also has Mennonite communities where Plautdietsch, or low German, is common.

Keep your ears open for Mandarin Chinese, Arabic (primarily the Lebanese variant), and even East Indian languages too.

Carnival is so nice it happens twice

You could say that Belizeans love Carnival so much they celebrate it twice a year. However, the two carnivals are markedly different events. The first is similar to a Caribbean-style carnival and involves parades and dances all around the country near and on Belize Independence Day in September.

The second celebration, known as El Gran Carnaval de San Pedro, takes place in the town of the same name. The 150-year-old festival is rooted in Belize's Spanish and Maya cultures and takes place on the days leading up to Ash Wednesday.

During the 19th century, a group of immigrants left the Yucatan to escape the Caste War and settled in Northern Belize, including Ambergris Caye. They brought a rich blend of Indigenous and Catholic traditions, recognizable in events like Carnaval and folklore legends like El Duende (a spirit who guards the forests).

Beautiful cultural dances occur over the multi-day Carnaval event, but the real craziness happens in Central Park, where kids and adults excitedly douse each other in water-based paints.

One of Belize's biggest success stories is Marie Sharp and her signature habanero hot sauces. Anywhere in the country, most restaurants will have a bottle of Marie Sharp's on the table.

Ms. Marie started experimenting with sauce and jam recipes in 1980 and immediately received positive feedback from anyone lucky enough to taste her creations. Thanks to strong encouragement from friends and neighbors, she turned it into her family business.

From humble beginnings in her own kitchen, Marie Sharp's has developed into a global brand with more than ten flavors and several different heat levels. A portion or profits from the new special edition pineapple helps combat gender-based violence in Belize.

Marie Sharp's USA has you covered with all the latest flavors, as well as some unique offerings not sold in Belize.

Where the big cats roam

Belize is home to five species of wild cats—the jaguar, puma, ocelot, jaguarundi, and margay—though the jaguar may be the most impressive. The largest and most powerful cat in the Western Hemisphere, jaguars once roamed from parts of Louisiana and California down to Argentina. Now, Belize is home to one of the largest populations of jaguars. It was also the first country to establish a national reserve aimed at protecting big cat species like jaguars.

Cockscomb Basin Wildlife Sanctuary is home to all five species of Belize's big cats, and while the chances of spotting the typically nocturnal jaguar or other big cat during the day are rare, travelers can enjoy hiking and birdwatching among the 20+ miles of maintained trails in the sanctuary.

The Grand Slam that has nothing to do with baseball

Avid anglers already know that Belize is ranked as one of the world's top saltwater fly fishing destinations and many travelers bring their gear and patience as they try for bragging rights by landing a Grand Slam.

A Grand Slam means catching a bonefish, permit, and tarpon all on the same day. Thanks to ongoing conservation efforts in Belize, all three fish are catch-and-release only, which helps improve the chances of getting the trifecta.

Belize has several fly-fishing hot spots, but one of the most popular is Ambergris Caye where several lodges and a camp cater to visiting anglers.

Belize doesn't have a single chain restaurant within its borders. Its cuisine is inspired by the multitude of cultural influences that make up modern day Belize, including African, Maya, Spanish, British, and more.

Be sure to try local specialties that you won’t necessarily find outside of Belize. At breakfast, order Belizean meat pies. Believed to be a remnant of British colonialism, meat pies have a thick golden crust and are stuffed with saucy beef or chicken. Or go for Orange Walk style tacos, which are rolled up corn tortillas filled with pork or chicken and habanero-pickled onions or cabbage.

Another Belizean staple is the fry jack, fluffy deep-fried dough pieces that you can eat with savory breakfast dishes or local jam and honey. The blend of cultural influences is very evident in a traditional Belizean breakfast made up of Kriol-inspired fry jacks, Maya-style eggs, and Yucatan refried beans.

If Belizean cuisine could be summed up in one dish, it's rice and beans with stewed chicken—a Kriol lunch staple eaten everywhere in Belize. The stewed chicken is usually served with potato salad or coleslaw and habanero-pickled onions on the side. This recipe makes it easy to make Belize's stewed chicken at home.

Seafood is an important staple in Belize, especially on the cayes where you can get fresh lobster and conch (when they are in season), Mexican-style ceviche, and whole fried fish.

In Venezuela, there’s capybara. In Ecuador and Peru there’s cuy, or guinea pig. In Louisiana, it’s nutria. In Belize, the rodent occasionally found on dinner plates is gibnut, which is native to the country’s rainforests. Served stewed or grilled, it’s a gamey but lean meat.

It's not the type of delicacy you would expect to see served on a high-end menu, let alone to the Queen of England, Queen Elizabeth II, who is known to be a rather fussy eater. But that’s just what she had on a visit to Belize in 1985 (she noted it tasted like rabbit). The gibnut is now known in Belize as the “royal rat.”

Racing to rebuild the reef

The Belize Barrier Reef is a UNESCO World Heritage Site and the world's second-largest barrier reef. It provides an important habitat for a number of threatened marine species including sea turtles, manatees, and the American crocodile.

Climate change and coral bleaching have wreaked havoc on the reef's health in recent years, and concerns about coastal construction and oil exploration put its UNESCO status at risk. Belize responded by banning offshore drilling and bottom trawling, which helped get the reef removed from the 'List of World Heritage in Danger' in 2018.

Fragments of Hope is a local organization building coral nurseries and undertaking other reef replenishment activities in southern Belize. They've already installed and are maintaining more than 23 coral nurseries. The San Pedro Tour Operators Association took inspiration from Fragments of Hope and planted their own coral nursery near a popular dive site on Ambergris Caye.

To protect the reef, visitors should always wear reef-safe sunscreen, and if there’s lionfish on a restaurant menu, give it a try. Lionfish is an invasive predator causing further damage to the reef. More restaurants are adding this eco-conscious dish to their menu as it's delicious, high in omega-3 fatty acids, and its removal helps protect the reef.

The smooth sounds of Belize

The late Andy Palacio co-founded the Garifuna Collective, a collective of musicians from different Belizean generations. Palacio was a famous Belizean musician and noted Garifuna activist who dedicated his life to preserving Garifuna culture and language, which has UNESCO World Heritage status.

The Garifuna, or Gariganu (plural), are descendants of enslaved West Africans who escaped to St. Vincent and eventually intermarried with local Arawak and Carib Indians. After the British broke a 1660 treaty that guaranteed the “perpetual possession” of St. Vincent to the Garifuna, they deported the Garifuna to Roatán. In the 1800s, the Garifuna were forced to flee Roatán and made their way to Belize.

Garifuna music pulls from its African influences and is distinguishable by its heavy use of drums. The importance of Garifuna culture is now recognized in Belize with a national holiday, Garifuna Settlement Day. Every November 19, you can find traditional re-enactment ceremonies, parades, drumming, and dancing to celebrate the arrival of the Garifuna to Belize.

Read our guide to spending a week in Belize for less than $1,500.

Thank you! Your submission has been received!
Oops! Something went wrong while submitting the form.
Last Updated
July 13, 2021 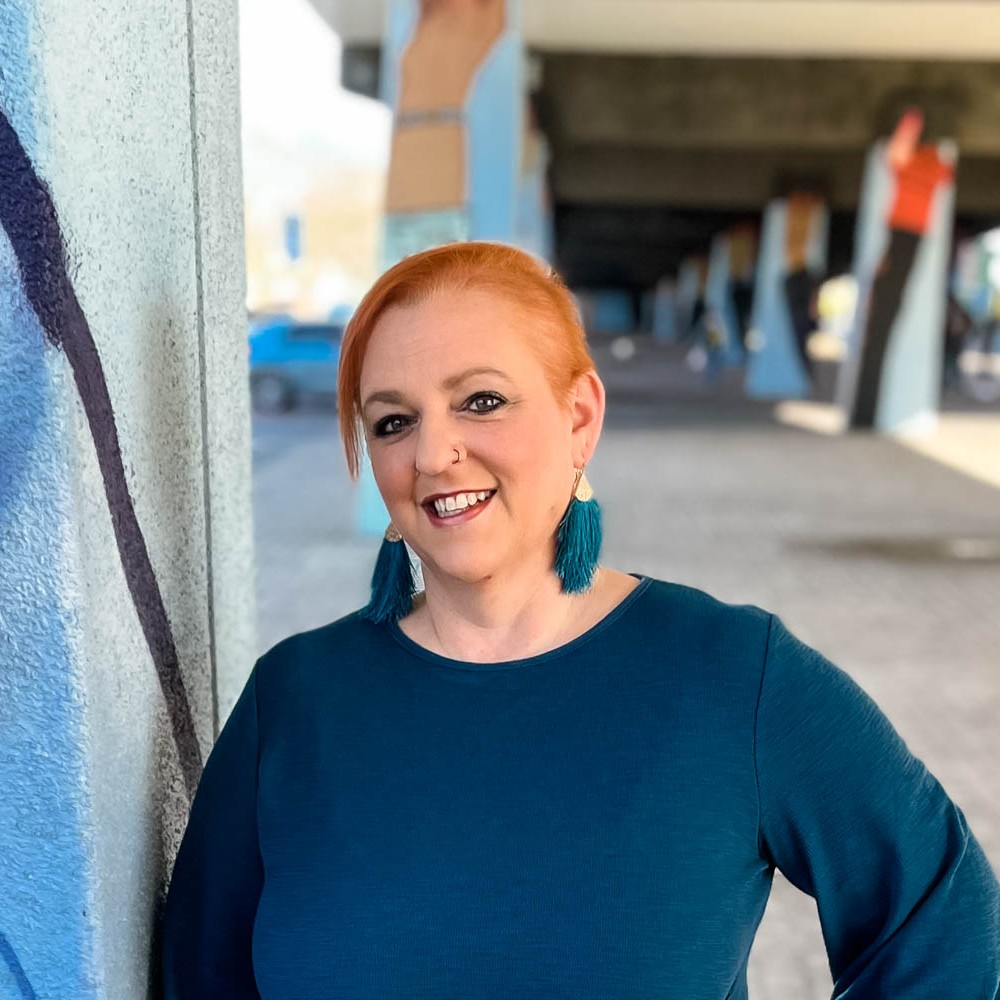 Erin fell in love with Belize on her first visit in 2005, returning annually until she made Ambergris Caye her home for nearly a decade. She has written about Belize for numerous publications and has her own site (Caye to Belize) in development. Erin helps other travelers plan their Belize vacations by working as a luxury hotel reviewer and social media manager for tourism brands in Belize.