Bavaria: The German Region Home to Beer, Brats, and the Romantic Road 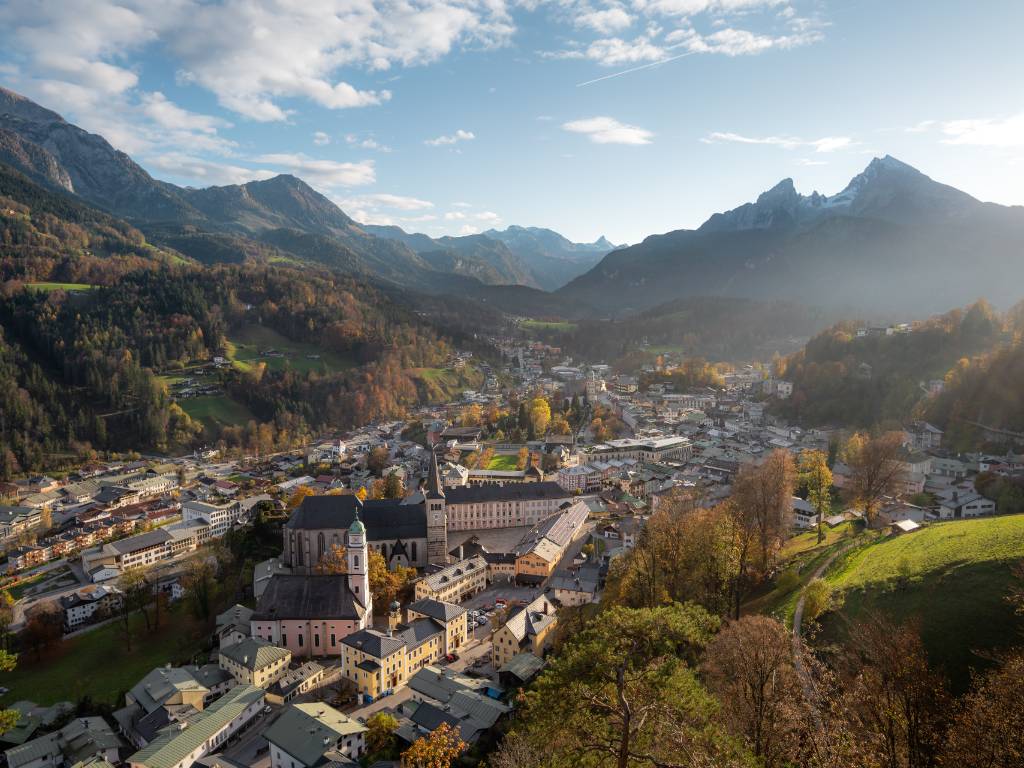 If you imagine enormous mugs of beer, rows of glistening sausages, traditional dress, and charming half-timbered houses when you think of Bavaria, well, you’re not wrong—but there’s much more to Germany’s largest and southernmost state.

The Free State of Bavaria (Freistaat Bayern in German) is home to about 13 million people and it’s a visual paradise of mountains, lakes, medieval villages, and several dozen stunning castles. It’s also home to landmark cities like Munich, Nuremberg, and Würzburg, each with a centuries-long history and persisting micro-cultures celebrating both past and present.

From sweeping views to cold brews, recreation to innovation, Bavaria is meant for exploring.

Go outside and play

Spending time in nature is a year-round passion of Bavarians. Whether hiking through the forest-meets-meadow landscapes of Berchtesgaden National Park, cycling along the Danube River, traversing the Bavarian Alps to summit Zugspitze (the country’s highest peak—don’t worry, there’s a cable car if you prefer to leave your mountaineering gear at home), or enjoying a leisurely stroll through the rolling vineyards of Franconia, this is a region for being outdoors.

Thanks to Bavaria’s well-connected public transport, it’s easy to venture beyond the cities without a car. Beer hikes are a common weekend activity among friends—particularly in the subregion of Franconia, where you can meander through Franconian Switzerland or Franconian Tuscany—so Saturday morning trains are often filled with locals on their way out for a day of trekking and toasting.

A Bavarian by another name

When discussing Bavaria, it’s important to understand that Franconia (Franken), a former duchy of the Holy Roman Empire, is a distinct region within northern Bavaria. Many residents are fiercely protective of their identity as Franconians—not Bavarians.

Visit the popular cities of Nuremberg, Bamberg, or Würzburg, and you’ll know you’re not in Munich anymore. The red-and-white Franconian flag can be seen flying proudly next to (sometimes instead of) the familiar blue-and-white checkered symbol of Bavaria, and there’s a local dialect—Fränkisch—that is known to stump even native speakers of German, let alone those learning the language later in life.

Here’s a fun example of linguistic nuance: A common bread roll is called a “brötchen” in standard German, but is often referred to as a “semmel” in Bavaria. In Franconia, the bread roll is a “weckla,” which then becomes “weggla” once the Franconian dialect kicks in.

Speaking of, be sure to try a “drei im weggla” (three in a roll) if you’re in Nuremberg. Three little sausages and a slick of mustard on a crusty roll is quintessential street food around these parts.

Though each season brings its own delicacies, none are more revered than the white asparagus of springtime. Grown underground to prevent exposure to sunlight, the pale spears are harvested from carefully tended mounds of soil each April, and their appearance in local markets and roadside stands marks the proper arrival of spring. Whether enjoyed with Hollandaise and ham, butter and potatoes, or puréed into a velvety soup, to be in Bavaria in spring and not appreciate Spargelzeit—asparagus season—would be a shame.

Time of year notwithstanding, it’s hard to beat a proper weißwurstfrühstück to start the day. This breakfast comprises a pair of Munich’s classic white sausages, a soft pretzel, sweet mustard, and an essential wheat beer. If your visit coincides with favorable weather for dining in a biergarten, don’t skip the obatzda, which is a hearty cheese spread served with dense bauernbrot (farmer’s bread).

And finally, if you’re in Franconia and feeling especially peckish, go for the schäufele: a sumptuous roasted, bone-in pork shoulder with a thick cap of ultra-crisp rind, served with a baseball-sized potato dumpling and craveable beer sauce.

Where beer is akin to a human right

It’s no secret that Germany has a robust beer culture. German brewmasters largely still brew their beer according to the Reinheitsgebot; the purity law established in 1516 by the then-Duke of Bavaria, Wilhelm IV, mandating the use of only water, hops, and barley—though yeast and malted grains were eventually added to the short list.

Today, Bavaria is home to approximately 650 breweries, and Munich has been the well-known host of the annual Oktoberfest celebration since its beginnings in 1810. Canceled in both 2020 and 2021 due to the COVID-19 pandemic, the event—which brings some 6 million visitors to Munich each year—is sure to make an enthusiastic return.

Oh, and yes, it is legal to consume beer in public in Germany, so feel free to grab a “wegbier,” or a “beer for on the way,” as you wander around town.

Vergangenheitsbewältigung is the German word for coming to terms with the past, and collective acknowledgment of Germany’s darkest years is prevalent throughout the country.

As Munich and Nuremberg were prominent cities during Hitler’s reign, both have excellent documentation centers that provide visitors with opportunities to learn more about what happened before, during, and after World War II. To delve deeper at either location, it’s possible to visit Nuremberg’s Courtroom 600 or the Dachau concentration camp just 20 minutes from Munich by train.

Love is in the air

OK, so this is less about romantic love and more about the blissful feelings evoked from the sight of majestic castles, cobblestone alleys, and those colorful half-timbered houses, but there is actually a special route through Bavaria known as the Romantic Road (or Romantische Straße).

Since its establishment in the 1950s, this 220-mile, castle-lined route has taken visitors through some of Germany’s most historic—and scenic—towns and villages. Start in the Baroque, vineyard-flanked city of Würzburg, then wind your way through does-this-place-really-exist villages like Rothenburg ob der Tauber, Donauwörth, and Schwangau—the latter of which you can combine with a visit to the ever-popular Neuschwanstein Castle.

It’s possible to traverse the 28-town Romantic Road by car, train, bicycle, or even on foot (Germans love nothing more than a good wanderung, or walk/hike), so there’s an accessible option for nearly everyone.

In addition to its natural beauty, fascinating medieval roots, and enviable beer culture, Bavaria is also a region of innovation. With a strong infrastructure, available assistance for start-ups, and an array of universities and study programs for higher and specialized education, good things are happening in Bavaria.

This development may sound at odds with the not-so-secret fact that Germany is a country that has been slow to digitize. Carrying cash is still a must, internet speeds and mobile connectivity lag behind other EU countries, and printed paperwork remains in favor—yet Bavaria is home to several major players on the global stage. Adidas, Siemens, Audi, BMW, and Allianz are just a few of the industry-leading companies that are headquartered in this region.

Residents and visitors alike benefit from Bavaria’s vibrant clashes between tradition and modernization. Larger cities have an energetic buzz, while smaller towns and villages retain their slower pace of life. To say that there’s “something for everyone” here sounds cliché, but Bavaria really delivers on the promise.

Art, or kunst—whether defined by painting, sculpture, architecture, writing, philosophy, or handcrafted goods—has long been at the forefront of German culture. With a history dating back to the 6th century, it’s no surprise that many artistic greats have called Bavaria home, including painter, engraver, and mathematician Albrecht Dürer, playwright Bertolt Brecht, eccentric King Ludwig II with his love of grand architecture, and Levi Strauss of denim trouser fame.

Meanwhile, modern-day writer Oliver Pötzsch, descended from the Kuisl family of Bavarian executioners, provides a way for us to time-travel to 1600s Bavaria. Readers of historical thrillers are sure to enjoy The Hangman’s Daughter series—extensively researched and incredibly detailed, these transportive novels follow the life of Magdalena, daughter of an executioner, through seven page-turning volumes.

For on-the-ground immersion, Bavaria boasts more than 1,400 museums and hosts countless festivals throughout the year. This is the place to be when you're keen to find a jovial setting, though it’s hard to top the magic of a Bavarian Christmas market. Christmas is a big deal in Germany, and while every city and village has its own festive market and annual traditions, Nuremberg’s famous Christkindlesmarkt—one of the oldest markets in the world; first mentioned in 1628—is a great place to start. Unfortunately they have been cancelled for 2021 but hope to return in 2022.

Gemütlichkeit refers to a feeling of coziness and contentment, and to meet with friends on a chilly December evening, everyone clutching a steaming mug of glühwein (mulled wine) while chatting about whether to next visit the prune men vendors or find a piece of lebkuchen, is to understand the concept at its peak.

Thank you! Your submission has been received!
Oops! Something went wrong while submitting the form.
Last Updated
December 8, 2021 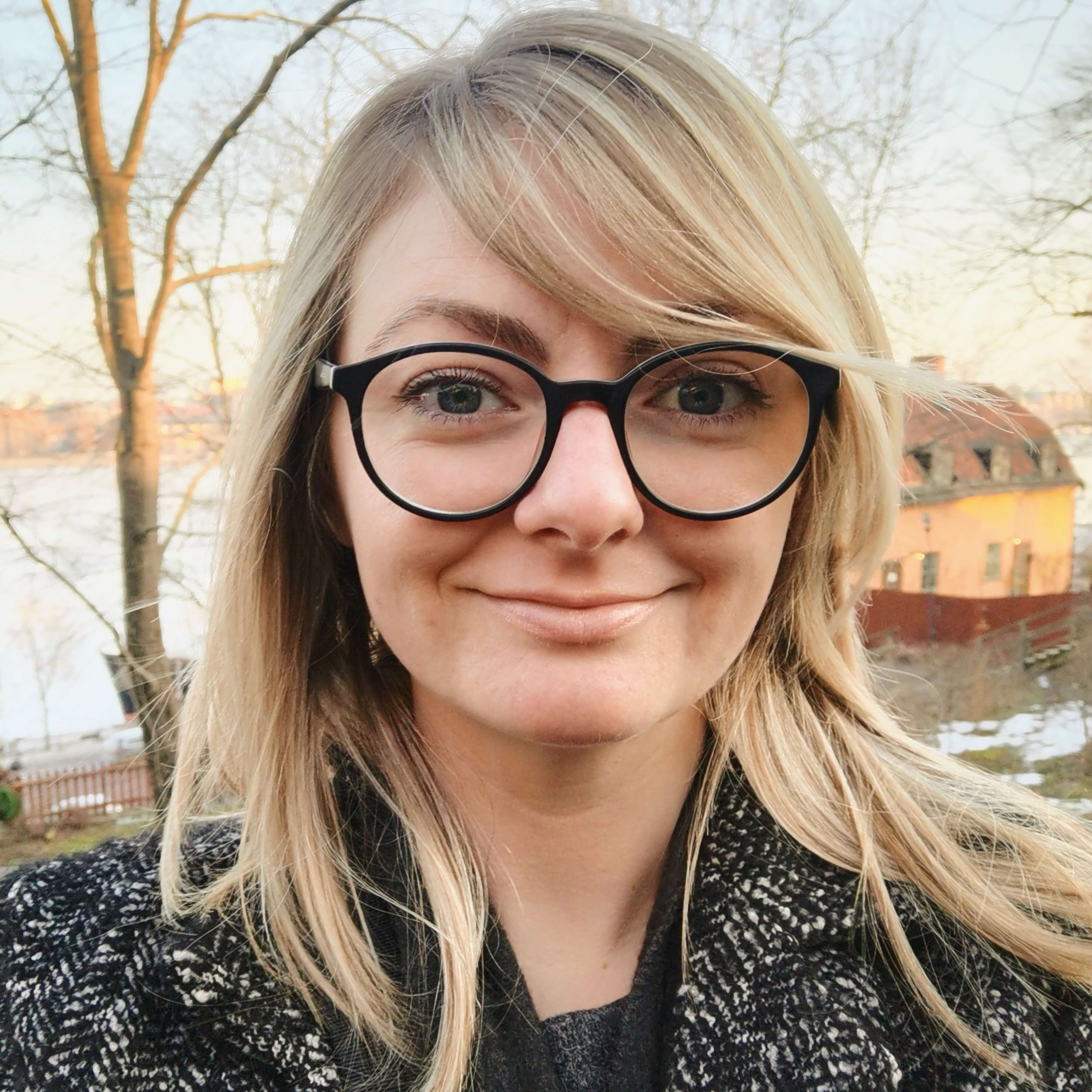 Summer is a freelance food and travel journalist based in Nuremberg, Germany. She’s fond of long-haul flights, bitter cocktails, and eating her way through cities large and small.