Barcelona: The Spanish City Where Gaudí Left His Mark 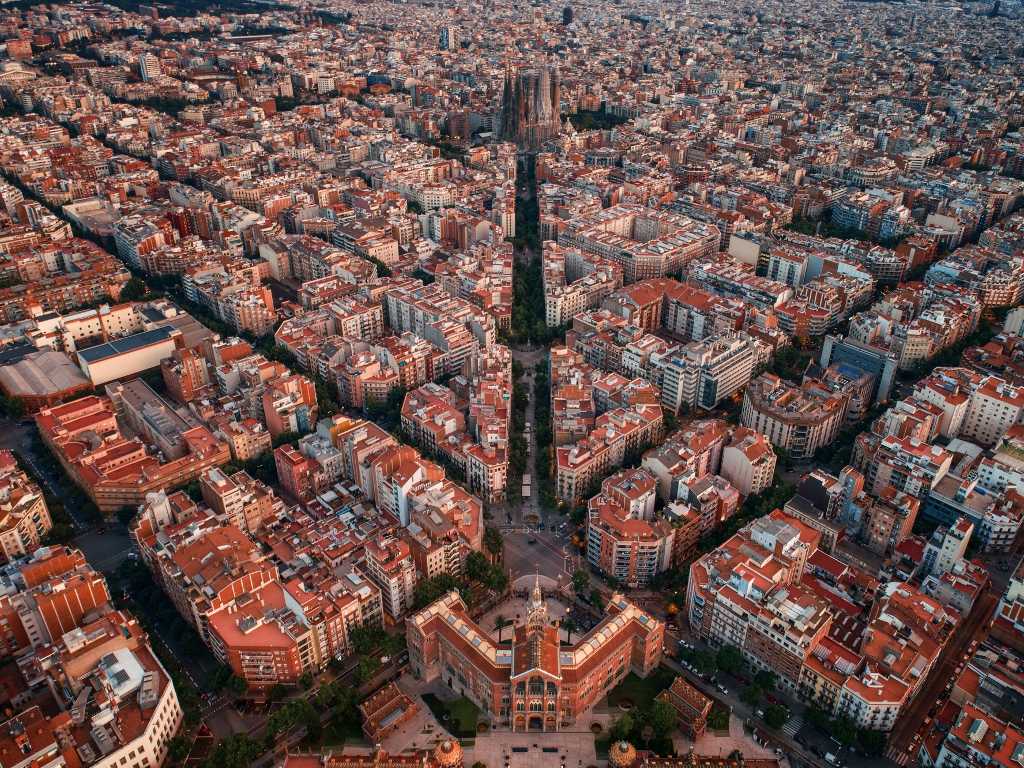 Barcelona is one of the most popular tourist destinations in Spain: every year, millions of visitors head to the city to see the stunning works of architect Antoni Gaudí, stroll down Las Ramblas, and sip vermouth in sunny plazas. It’s also known for being one of Spain’s most cosmopolitan cities. As of 2019, over 20% of residents come from outside of Spain, and this multiculturalism is a big part of what makes Barcelona so attractive to so many.

But Barcelona is first and foremost a Catalan capital, with a strong regional identity. Street signs are in Catalan, children are raised bilingual, and since 2021, pro-independence parties hold the majority in the Catalan Parliament. Independence can be a divisive subject in the region, so tread carefully.

Before the pandemic, Barcelona had a real problem with overtourism. Nearly 14 million tourists visited the city in 2019—outnumbering its 1.6 million residents almost 9 to 1. And that’s without counting the 3 million more who came to the city on cruise ships without spending the night. Barcelona took a series of measures to combat overtourism, including tighter restrictions on Airbnbs and limiting new hotels.

In 2020 pandemic travel restrictions changed the landscape dramatically and the city government is hoping to use that unexpected break to create a more balanced, sustainable model for tourism. Today, tourism in Barcelona is definitely picking up steam again, though it has yet to reach pre-pandemic levels.

If you want to use Airbnb responsibly while you’re visiting Barcelona, check to make sure the place you choose lists its license number in the ad (it’ll look something like HUTB-00XXXX).

Barcelona is known for its hot summers, mild winters, sunny Mediterranean climate, and most of all, its long stretch of beaches—about three miles within the city limits—which line the coast from La Barceloneta all the way up to Badalona and beyond. But few people know that those beaches are actually artificial. They were built for the 1992 Summer Olympic Games, with sand imported from as far away as Egypt.

Until then, Barcelona lived with its back to the sea, separated from the coast by a railway and a string of warehouses. The city used the Olympics to jumpstart an ambitious reimagining of its urban design, including rerouting the coastal train line and making access to the coast easier.

Nowadays, the beaches are one of the city’s top attractions, with miles of boardwalk and lots of beachfront bars, called chiringuitos.

After you visit Barcelona, people will often ask about your trip to Barca. That’s almost, but not quite, correct: barca (bar-kah) actually means boat in Spanish. Barna is the abbreviation for the city of Barcelona, and Barça (bar-sah) is the nickname for FC Barcelona, the city’s soccer team.

Speaking of soccer, FC Barcelona is one of the most popular teams in the world. Lionel Messi, widely considered one of the greatest soccer players of all time, played for the team until his contract expired in 2021.

In March, the Barça Women’s team set a new world record for crowd attendance at a women’s club game, with 91,553 fans gathered in the stands to watch them beat Real Madrid 5-2.

While you’re in town, you can catch a game or book a tour of Camp Nou, FC Barcelona’s home stadium.

Paella and sangria are on every traveler's checklist, but Catalonia has its own delicious regional specialties that you shouldn’t neglect.

Barcelona is close to both the mountains and the sea, and the food in the city reflects that. You’ll find lots of fresh vegetables—think tomatoes, bell peppers, and eggplant—plus tons of meat and seafood, including codfish and lots of sardines and anchovies. Don’t forget to order pa amb tomàquet for a delicious crusty bread rubbed with tomato and drizzled with olive oil to go with your tapas.

In the spring, join locals to celebrate calçot season by grilling the long, mild green onions on the barbecue. They are grilled until the outer layer is charred, then wrapped in newspaper to keep them warm. To eat them, unwrap the paper, peel away the burnt outer layer and dip them into romesco sauce. It’s fun, delicious, and very messy.

Wine and beer are always popular choices, but if you really want to go local in Barcelona, you need to sip sweet vermouth, preferably in a sunny plaza around lunchtime.

Vermut comes from Italy originally, but it first became popular with the Catalan bourgeoisie over a century ago, and has been enjoying a revival in recent years. The drink is so popular that it even has its own accompanying expression, “fer el vermut,” which literally translates to “do the vermouth,” and refers as much to the act of sitting in the sun together for a pre-lunch drink as the drink itself.

Vermut is made from white wine, with additional alcohol and herbs like citrus and quinine. It’s often served with an olive or a slice of orange as garnish. You can have vermut in pretty much any bar in Barcelona, though more specialized vermuterias make their own house blend.

Catalonia has lots of wonderful unique cultural traditions. The most famous one is probably the Castellers: teams of people climb on each others’ shoulders, forming gravity-defying towers in different formations, often with the youngest and lightest members at the very top.

During your visit to Barcelona, see if you can also spot gegants—giant dancing puppets carried on people’s shoulders—the fiery parades known as correfocs, or traditional sardana dances.

If you’re curious to learn more about Catalan traditional culture, you can see some of Barcelona’s festive imagery at the small exhibit at the Casa dels Entremessos.

In many places, Valentine is the patron saint of romance. But in Barcelona, Sant Jordi is the one watching over lovers.

Sant Jordi—Saint George, in English—is the patron saint of Catalonia, and his festival day is a chance to celebrate both love and Catalan literary culture. On April 23rd, men traditionally give women roses, and women reciprocate by giving their beau a book.

The flowery tradition reaches back to the 15th century, but the literary angle is a relatively new addition: during the 1929 International Exposition in Barcelona, booksellers decided to put up stalls to promote new releases. After their success, the region decided to make April 23rd Book Day, since both Shakespeare and famed Spanish writer Miguel Cervantes died near that date (Shakespeare on the 22nd, Cervantes on the 23rd).

Since the 1920s, Sant Jordi has been a celebration of love and literature. Each year, booksellers set up stalls across the city and authors often do book signings, while rose sellers pop up everywhere, selling bright flowers often wrapped in a Catalan-colored red and yellow ribbon.

Gaudí and the Catalan modernists

Barcelona wouldn’t be the city it is today without the iconic buildings of architect Antoni Gaudí. From the colorful mosaic lizard at the Parque Guëll to the rippling facade of la Pedrera, Gaudi’s work defines the city.

His most famous work is arguably the Sagrada Familia, the massive, colorful cathedral that dominates the Barcelona skyline. The Sagrada Familia has been under construction for 140 years. Officials had hoped to finish it by 2026—the centennial of the famous architect’s death—but delays due to the pandemic and lack of visitors make that unlikely.

Barcelona also has stunning buildings by other, slightly lesser-known Catalan modernist architects that are worth checking out, including the Casa de les Punxes and the Recinto Modernista de Sant Pau. You can also walk down Passeig de Gracia to see the buildings on the “block of discord,” where four modernist buildings by four different architects sit side by side, including Gaudi’s Casa Battló.

Pablo Picasso was born in Málaga and lived most of his adult life in France, but he also spent his teenage years practicing his craft in Barcelona from the time his family moved there in 1895 until he left in 1904. You can see dozens of his earlier works at the Picasso Museum, including recognizable Catalan landscapes and Las Meninas, a series of paintings that reinterprets Diego Velázquez’s original 1656 work in increasingly abstract forms.

Similarly, surrealist artist Joan Miró was born in Barcelona, though he lived the largest part of his life in Palma de Mallorca. His work is on display at the Fundació Joan Miró, located right by the Laribal gardens in Montjuïc. You can visit the museum and take a stroll through the small gardens that curl around the hill, or climb all the way up to Montjuïc Castle.

Thank you! Your submission has been received!
Oops! Something went wrong while submitting the form.
Last Updated
June 29, 2022 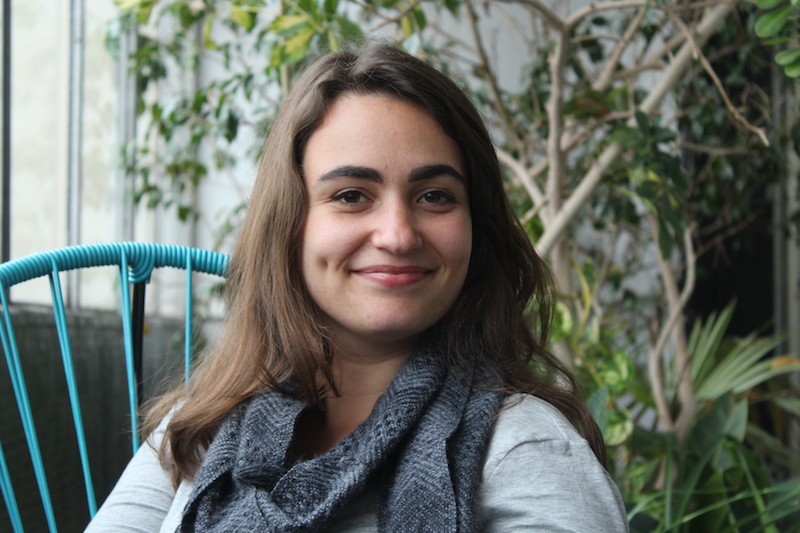 Sam Harrison is a freelance writer who spent over four years living in Buenos Aires and writing about Argentina for travel outlets of all kinds. Her work has appeared in Smithsonian, Atlas Obscura, Narratively, and n by Norwegian. She currently lives in Barcelona, where she’s trying (and mostly failing) to learn Catalan.