Austin: The Texas City Known as the Live Music Capital of the World 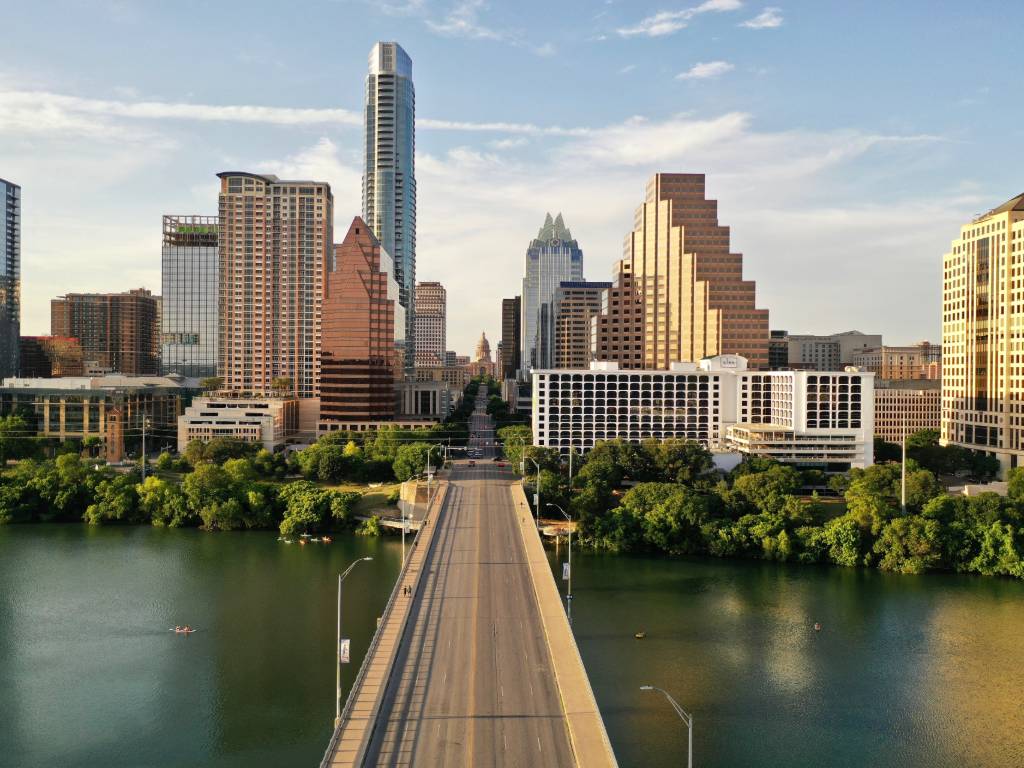 Former sleepy college town. Young, hip, liberal bubble in a traditionally red state. Epicenter of the country’s white-hot housing market. A city of tacos, art, music, and yes—tech venture capitalists. Austin looks different depending on whom you ask, but as with any major American urban center, simple narratives and labels don’t do it justice.

And that whole “Keep Austin Weird” thing? It’s more of a tourism strategy than anything—although there is something undeniably surreal about the sight of a million bats flying out from underneath the Congress Avenue Bridge for their nightly feeding.

Here’s one thing we can say for sure about the Texas capital: The city’s sociable streak is a mile wide. If you visit, prepare to end up twirling around a honky-tonk with at least five new friends in tow.

Austinites know Interstate 35 as the site of their dreaded daily commute—it’s the most congested highway in the state. But, I-35 has a much more disturbing history than just near-constant traffic jams.

In 1928, the City Council introduced a planning instrument to racially divide the city using (then) East Avenue as a boundary, which effectively institutionalized racial segregation. Then, in the 1960s, the city built I-35 directly through the divided area, further segregating Black and Latino communities in East Austin from white, wealthy West Austin. This geographic split continues to shape race and class relations in Austin today.

The “soul of Austin”

Ask any local about Barton Springs and watch their face light up with childlike joy. A spring-fed pool within Zilker Park, Barton Springs is often said to be the “soul of Austin.” The brisk waters (the temperature averages between 68-70 degrees) provide a respite from the sultry Texas heat, and the shaded grassy slopes make for the perfect all-day lounging spot.

Barton Springs has a long, rich history. The water comes from the 100-million-year-old Edwards Aquifer, and for centuries, the springs were a source of spiritual practices for Indigenous communities, like the Tonkawa. They’re still regarded as sacred today—various environmental activists and organizations have worked tirelessly over the years to maintain the natural integrity of the springs.

The “Live Music Capital of the World”

Paris is the City of Light, New York is the Big Apple…and Austin is the Live Music Capital of the World. This moniker comes from a bit of (very clever) branding that the Chamber of Commerce came up with in the mid-1980s. During a margarita-fueled night out, chamber staffers decided to count up how many places they could go see live music that night (answer: at least 70). The city was well-known at that point for the Armadillo World Headquarters, a lauded concert hall where, as legend has it, Willie Nelson helped unify the “hippies and the rednecks,” paving the way for a vibrant American roots music scene.

The Armadillo World Headquarters is long gone, but timeworn joints like Antone’s, Hole in the Wall, the Continental Club, and Donn’s Depot coexist alongside newer, shinier establishments. There are over 250 venues to experience live music throughout the city, and big-name festivals like South by Southwest (SXSW) and Austin City Limits (ACL) offer a chance to discover the latest buzzworthy bands.

Rest assured that that famous Texas pride you’ve heard all about is alive and well in the capital city. If you’re anywhere near the downtown area in Austin, it’s impossible to miss the state Capitol building, a reddish-pink, castle-like structure that sits in stark contrast to the gleaming skyscrapers jutting up around it. That’s no accident. By law, the view of the Capitol must be clear on all sides. No tall building will ever block it.

In Austin, you know it’s a good day when you have tacos for breakfast, tacos for lunch, and tacos for dinner. Texas taco culture runs deep in the capital city, with its confluence of Tejano, Mexican, and Mexican-American culinary traditions. From mom-and-pop taquerias to Instagrammable taco trailers, there’s no shortage of places to get your fix, at any time of day.

Though it’s debatable where the actual concept of the ‘breakfast taco’ originated, it’s undeniable that Austin’s food culture revolves heavily around this beloved morning staple. Though you’ll encounter all manner of ingredients, from vegan chorizo to black beans, the basic formula stays the same: a warm, soft tortilla stuffed with perfectly scrambled eggs, shredded cheese, and crispy potatoes. Yum.

Listen to the podcast “Tacos of Texas” for an in-depth look at tacos and taco culture, through a sociohistorical lens.

Latino culture has historically shaped the fabric of Austin in many ways, be it through cuisine, music, language, or cultural traditions. In the late 1800s and early 1900s, downtown was home to flourishing Mexican-American communities. Republic Square Park was known simply as “Mexico,” serving as the nucleus for the lives of Mexican Americans and Mexican immigrants. This was before the City Council adopted its racist Master Plan of 1928, which forced non-white families out of downtown.

Today, in a time when brown (and Black) families are regularly being displaced from their gentrified neighborhoods, visitors should pay attention to the people and cultural sites preserving the city’s Latino heritage. Both the Emma S. Barrientos Mexican American Cultural Center and the Mexic-Arte Museum are excellent places to start. Built in 2007, the Barrientos Center is dedicated to celebrating and promoting Latino cultures through regular community events, classes, and exhibits. And, the Mexic-Arte displays an impressive range of Mexican and Mexican-American fine art.

Follow the ATX Barrio Archive, an Instagram account celebrating the culture and history of the city’s Black and brown barrios, and check out Re(Claiming) Memories, a University of Texas research lab working to “restore missing and forgotten histories” belonging to marginalized groups.

As befits a place that sees over 200 sunny days a year, you’ll find plenty of parks, preserves, hike-and-bike trails, and other green spaces here to soak up that sweet, sweet vitamin D. Austinites are an active, nature-loving bunch who are passionate about getting outdoors. The city currently has about 17,000 acres of parkland spread out over 300 parks, and the surrounding Hill Country is home to all kinds of opportunities for outdoor recreation, from scenic state parks to pristine rivers.

Your furry friend is more than welcome in the Texas capital. In 2006, the city council passed an ordinance allowing restaurant owners to welcome patrons’ dogs on their outdoor patios (of which there are <i>many</i> in Austin).

Since then, the city has regularly topped most dog-friendly places in America lists for its abundance of off-leash areas and dog-friendly restaurants and activities. Whether you’re strolling around Lady Bird Lake, grabbing coffee downtown, or sipping beers on a sun-drenched patio on the East Side, you’re bound to see a colorful menagerie of mutts.

An epicenter of visual creativity

Food and music are what people tend to focus on when thinking or talking about Austin, but the visual arts play a huge role in the city’s creative landscape. Austin’s film community is nationally known, largely due to the Austin Film Society, a nonprofit film society founded by director Richard Linklater in 1985. The AFS Cinema shows arthouse and indie fare, plus frequent films from Texan filmmakers.

The Blanton Museum of Art and The Contemporary are the big-name fixtures on the visual arts scene, and the city’s creative spirit is alive and well at quirky galleries like Women & Their Work, grayDUCK, and Big Medium. Plan your visit around the Austin Studio Tour, a free, self-guided art event featuring over 500 local artists and collaboratives.

Sleep: If you’re traveling on a budget, Native Hostel is a cut above other hostels, offering communal lodging and boutique hotel vibes. Downtown, the 1880s-era Driskill Hotel is as much of a historical landmark as it is a place to lay your head. Or, if you don’t mind splurging, Hotel San José is a plant-filled oasis in the middle of South Congress Avenue.

Eat: Chow down on tacos at one of Veracruz All Natural’s multiple locations around the city, indulge in upscale Southern fare at beloved Olamaie, or join the late-night hipster crowd at Justine’s Brasserie.

‍Drink: Nothing says refreshing like a pitcher of Lone Star at longtime dive Deep Eddy Cabaret, especially after a dip in (next-door) Deep Eddy Pool. Hang out downstairs at Whisler’s or, better yet, mosey upstairs to the “secret” mezcal bar. And, enjoy expertly crafted cocktails at The Roosevelt Room.

Thank you! Your submission has been received!
Oops! Something went wrong while submitting the form.
Last Updated
May 11, 2022 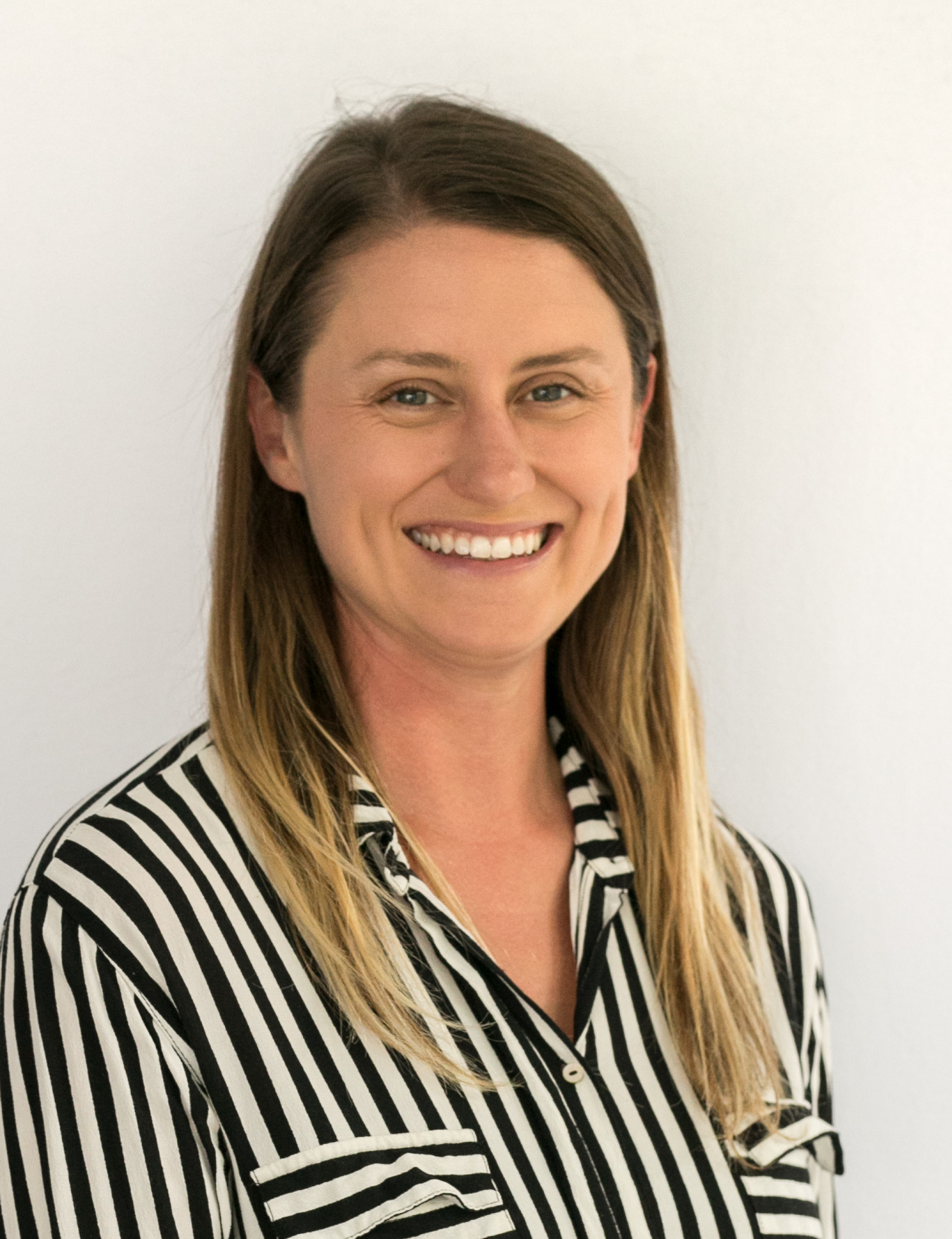 Justine has called Austin home for 10 years. She’s written about the city, in all its manifestations, for various local publications like Texas Highways, Austin Monthly, Tribeza, and CultureMap, in addition to dozens of national travel publications.