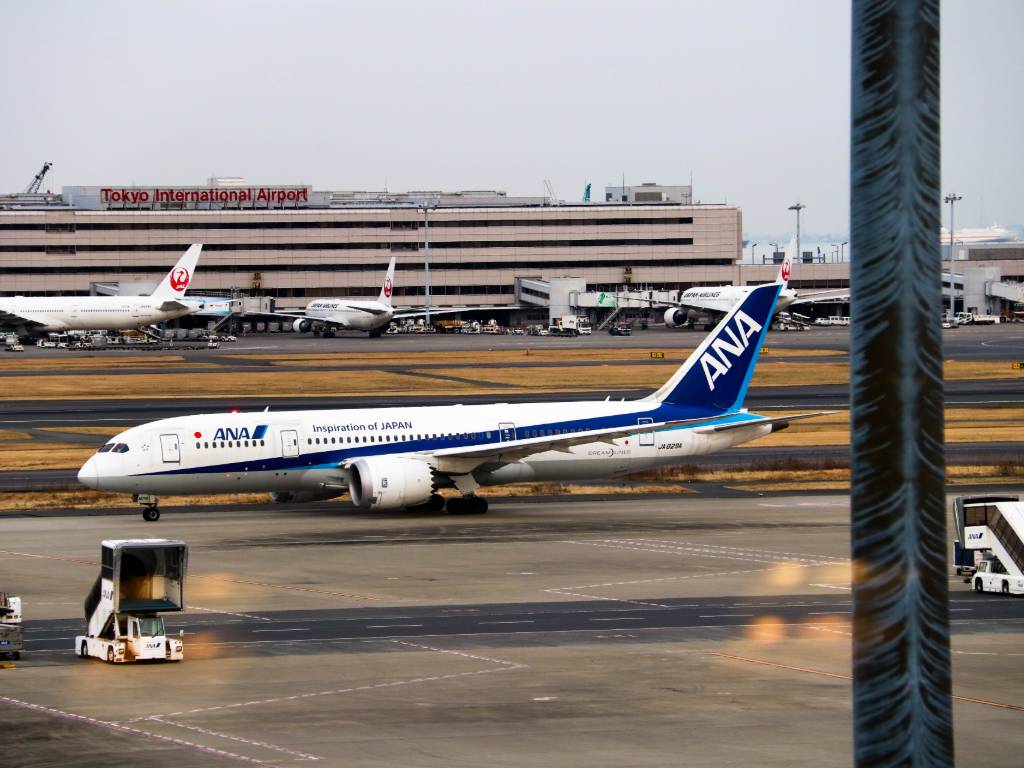 While Japan Airlines might be the more well known flag carrier, All Nippon Airways (more commonly known as ANA), is actually the largest carrier in Japan by total fleet size.

ANA has a sterling reputation as only one of a handful of airlines worldwide with a Skytrax five-star rating. Expect top-notch service and an elevated onboard experience—and of course, you can expect the best of the best when you fly ANA first class.

But the airline’s first class cabins are not all configured in the same way. Here’s everything you need to know about flying ANA first class, including how to find out if you’re on the latest (and greatest) product.

What to know about ANA first class

While ANA has a fleet of over 200 aircraft, only a select number are configured with a first-class cabin.

If you’re flying internationally with ANA, the easiest way to tell if first class is available is by identifying the type of plane you’re flying. On a route with a Boeing 787? Sorry, that plane will only have a business and economy cabin.

ANA first class is found on two types of aircraft only: The Boeing 777-300ER and the Airbus A380.

Here’s a little secret: You may want to pay attention closer in order to fly onboard the newest and most luxurious ANA first-class product, simply called “The Suite.”

Currently, “The Suite” is found on a select number of Boeing 777-300ERs. While ANA introduced this new first-class suite with doors back in 2019, the airline is still in the process of updating its planes. (More on how to tell if you’re on a plane with “The Suite” later).

But ANA’s first class, regardless of which type of plane you’re flying on, will be a luxurious and, dare I say, decadent experience.

As someone who’s flown ANA’s new first class suite as recently as April 2022, I can tell you that it’s a flight worth splurging for. It’s a significantly elevated product over business class, both in terms of the seat and hardware, as well as the service and catering.

While the pandemic and its subsequent effects have upended the predictability of routes, we can still gauge the likelihood ANA will fly aircraft with first class between certain destination pairs.

In the U.S., you typically can expect first class between Tokyo (HND/NRT) and:

Historically, Washington-Dulles (IAD), Houston (IAH), Los Angeles (LAX), and Honolulu (HNL) offered ANA first class, but as of this article’s publication, these routes are currently being flown by Boeing 787s with only business and economy.

However, the newest cabins with “The Suite” are likely only to be found on the New York (JFK) route.

The ANA first class experience at the airport

ANA has a dedicated first-class lounge experience in Tokyo at both Narita (NRT) and Haneda (HND) airports, as well as Osaka (KIX) and Honolulu (HNL).

Dubbed The Suite Lounge, expect a premium pre-flight enclave with personalized service, shower suites, work stations, the airline’s famous noodle bar, and other buffet options. Unfortunately, sit-down a la carte dining isn’t available. So while the overall lounge is premium in feel, it isn’t quite at the level of some other airlines’s first class lounges.

At other outstation airports, ANA uses Star Alliance or partner airline lounges. For instance, at JFK, I accessed British Airways’ first class lounge as a first-class passenger with ANA.

ANA has dedicated first-class check-in counters at every airport it serves, with a special ANA Suite check-in at Tokyo Narita (NRT).

Passengers flying on ANA first class can check up to three bags, each with a weight allotment of up to 70 pounds.

The ANA first class experience in the air

Benefits of flying first class on on ANA

Regardless of the ANA first class cabin, expect incredibly personalized service from the Japanese crew, a well-stocked amenity kit, pajamas and slippers, and a decent selection of onboard entertainment. First-class passengers also get a voucher for free Wi-Fi onboard.

If you’re flying on ANA’s new suite product on the 777-300ER or Airbus A380, expect privacy-enhancing doors as well as a massive, 43-inch in-flight entertainment screen (32-inch on the A380).

In addition, the newest first-class cabin on the 777-300ER features air vents so that passengers can control the air flow, particularly helpful with Asian carriers that tend to keep the temperature on the higher side.

Passengers can select between a western cuisine menu and a Japanese set menu, the latter typically heavy on the seafood. If you enjoy Japanese cuisine and you’ve never had a Japanese set meal at 35,000 feet, you’ll be in for a treat.

A test of any good first class is the caviar course, and ANA does not disappoint in this regard, either.

ANA offers some incredibly expensive and high-end drinks onboard, with Krug Grande Cuvee Champagne or Billecart Salmon on offer.

Once in the air, there are a multitude of wine and sake options, in addition to recognizable spirits such as Johnnie Walker Blue Label and Suntory Whisky Hibiki. There are also a variety of nonalcoholic options, including a selection of Japanese teas, coffees, juices, and soft drinks.

With ANA, you can expect a much more personalized experience in first class versus business class, with only up to eight passengers in the cabin and two dedicated crew members. Expect more space at your seat as well as elevated food and beverages on offer.

How to book ANA first class

How much does it cost for a first class ticket on ANA?

The price of a ANA first class ticket varies based on a number of factors including seasonality, route, and more, but don’t expect a super-affordable fare. A sample search of a roundtrip flight between New York (JFK) and Tokyo (NRT) in first class showed flights in the $15,000 to $25,000 range.

At Scott's Cheap Flights we haven't found any exceptional deals on ANA in first class, but we have found several amazing deals in ANA's business class for around $2,500 roundtrip.

How to upgrade to first class of ANA for free

Unfortunately, there isn’t a sure-fire way to get an upgrade to ANA first class for free. However, if you do have a business-class ticket booked, there is a slight chance that ANA may overbook your flight and you could then get “bumped” into first class. This is called an “operational upgrade” but the odds of this occurring is low.

How much does it cost to upgrade to first class on ANA?

ANA may sometimes offer a way to upgrade to first class at a discounted rate in the days and weeks leading up to departure. The price can vary significantly but take a look at your booking online. And when you’re checking in at the airport, it never hurts to ask at the counter how much an upgrade may cost.

How many miles to upgrade to ANA first class?

ANA uses a fixed award chart to determine how many miles it will require for an upgrade. For instance, it costs 45,000 miles to upgrade from business to first class between New York (JFK) and Tokyo (NRT).

However, this is subject to availability constraints. To determine how many miles an upgrade costs, click here.

While ANA first class has always excelled, it’s now even better in the new “Suite” configuration with a modern and sleek cabin, closing privacy doors, and a massive 42-inch monitor.

But beyond the bells and whistles, it’s the well-intentioned and personalized service that make an ANA first class flight. The excellent catering, Japanese meals, and beverage selection certainly don’t hurt either.

What does ANA first class include?

Do you get lounge access with ANA first class?

Yes, you’ll get lounge access with ANA first class either in ANA’s dedicated lounges or a Star Alliance or partner lounge.

Is food served in first class on ANA?

How many checked bags do you get in ANA first class?

You get up to three checked bags when flying ANA first class.

What are the best seats in ANA first class?

If you’re traveling alone, the window seats will be the best seats in ANA first class. Couples and those traveling with a companion will want to choose the center section of seats. 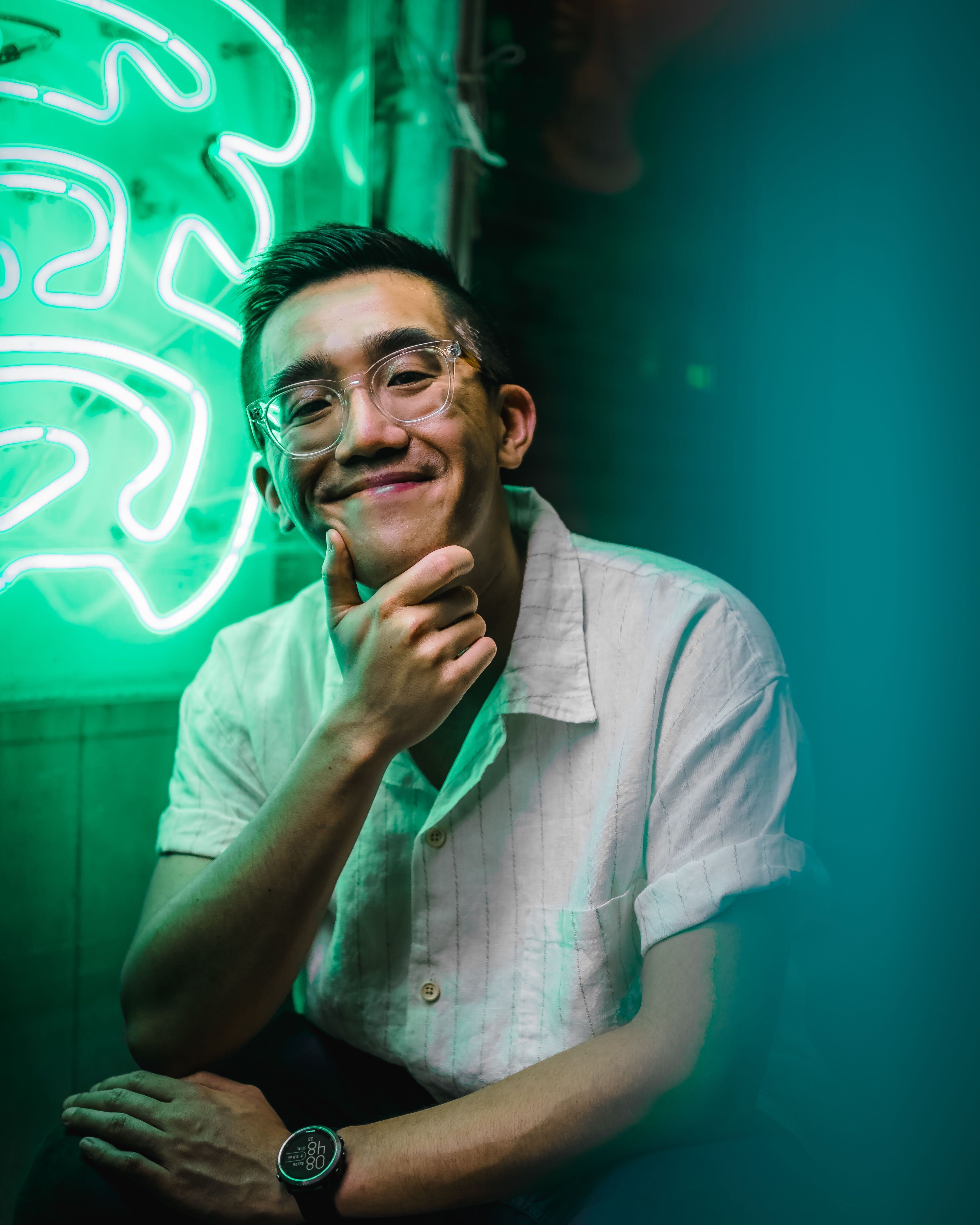 Chris Dong is a travel journalist and content strategist, crafting stories ranging from in-depth features and personal essays to travel news as it relates to loyalty and credit cards. His words have appeared in The Points Guy, The Washington Post, Business Insider, among other publications.