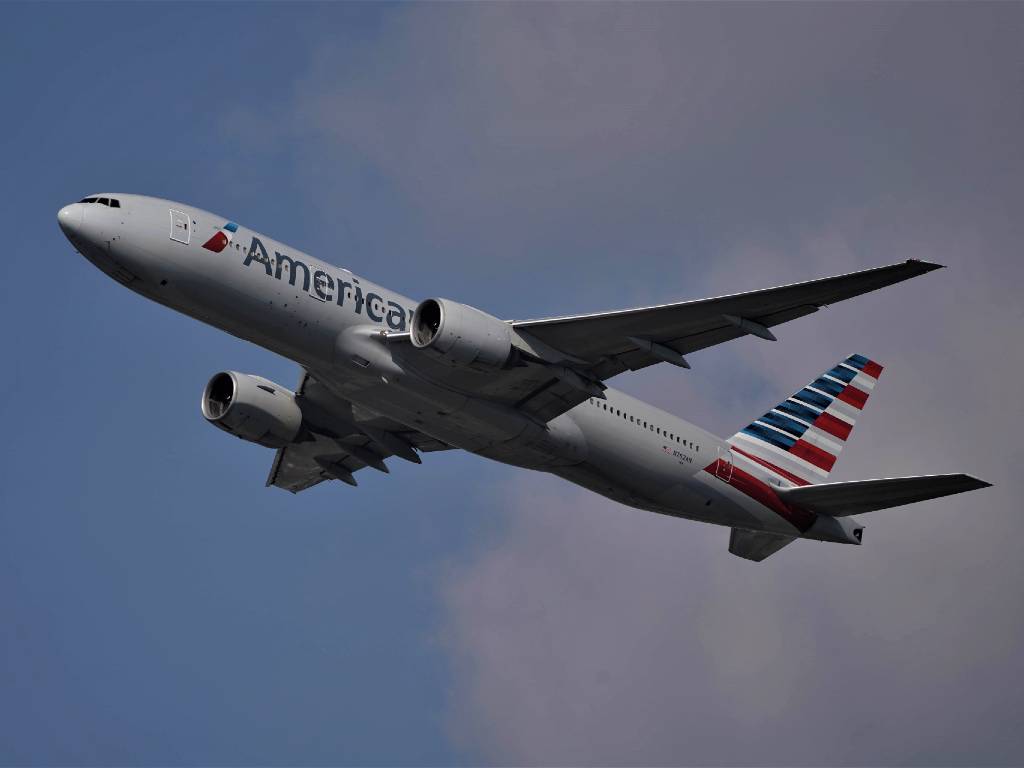 American Airlines isn't known for its onboard service—even in premium cabins. However, between excellent lounges, a comfortable seat, good onboard food, and nice amenities, American Airlines Flagship Business class still delivers a solid experience that' many travelers feel is worth the cost—especially if you can snag a great deal.

What to know about American Airlines business class

American Airlines offers its "Flagship Business" class product on overseas flights and select premium domestic routes. Look for Flagship Business. Essentially, if you see "Flagship" on your ticket, you can be sure you're getting a lie-flat seat, premium lounge access, full meal service, and an expanded drink menu.

You may find American Boeing 777 and 787 aircraft scheduled on some domestic routes. However, to get the actual Flagship Business class experience, you need to be flying on an eligible route:

The American Airlines business class experience at the airport

You don't have to wait until boarding to start enjoying your Flagship Business class experience. American Airlines business class includes priority check-in and lounge access—including some of the best business class lounges in the US.

True to its "flagship" name, AA's Flagship Lounges provide perks such as hot buffet meals, quality wines and champagnes, self-service cocktail bars, and even shower suites. If you're flying American Airlines business class through one of these airports, I won't blame you for intentionally booking an extended layover. In fact, that's just what I do whenever I can.

No one enjoys waiting in line at check-in—especially when you have lounge access awaiting you on the other side of security. Thankfully, American Airlines business class passengers get access to priority check-in lanes at the airport.

In addition to (hopefully) being a faster line, I've typically found these check-in counters are staffed with more experienced and knowledgeable agents that can solve issues and get you on your way quicker. Then, depending on the airport, you may be able to speed through security using priority security.

The American Airlines business class experience in the air

While American Airlines has a strong ground game, the highlight of the American Airlines business class experience is in the air. Lie-flat seats will give you the best chance at a good night's rest. Multi-course "chef-inspired" meals may make you redefine airplane food. And a solid drink menu gives you plenty of options to help you unwind.

All Flagship Business class seats recline to create a lie-flat bed. However, you may want to consider the nuances between the seat types if you have the choice between a couple of options.

The Boeing 777-300ER business class seats are generally accepted as the most comfortable beds in American Airlines' fleet. Perhaps the only negative is how close your head is to the aisle. So, light sleepers may be startled awake by fellow passengers.

The Super Diamond seats installed on AA's 787-9 and some 777-200 aircraft are excellent seats. However, side sleepers may find that the space between the bed and the tray table is a bit narrow for their legs when reclined.

The Concept D seats found on AA's 787-8 and the other 777-200 aircraft are not-so-affectionately referred to as "rocking chairs" by passengers in the know. Seats are installed in connected pairs. So, you may feel it anytime your tethered seatmate moves. If you're a light sleeper, you might want to pick one of the four seats that aren't connected to another seat: 1D, 1H, 5A, and 5L.

The A321T business class seats are the only Flagship Business class seats that don't have all aisle access. Because the seats are installed in two-seat pairs, the passenger in the window seat has to climb over the aisle-seat passenger to get in and out of their seat. Unfortunately, this can lead to a "straddle or be straddled" situation when the aisle seat is in lie-flat mode. However, this proximity makes these seats especially good for couples traveling together.

Depending on the route, American Airlines makes Flagship Business class even more comfortable with amenity kits and Casper-branded sleep kits.

On AA's flights to Australia, New Zealand, and Hong Kong, you'll get the full suite of Casper items: a mattress pad, pillow, duvet, pajamas, and slippers:

On all other routes, you'll get a pillow and duvet—with slippers for flights across the Pacific:

American Airlines baggage policy allows business class passengers to get at least two free checked bags. Even better, you can stuff up to 70 pounds (that's 32 kg) of stuff into each bag at no extra charge.

You can score a third free checked bag in the following cases:

American partners with the James Beard Foundation to create "chef-inspired" meals for Flagship Business class passengers. Meals are generally customized for each route, meaning you can enjoy Japanese chef-designed meals on flights to Japan and dishes designed by a native Hawaiian chef for flights to Hawaii.

Log into your reservation within 30 days—but more than 24 hours—before your flight to pre-select the meal you want. That way, you'll be sure the option you prefer is loaded on your flight. Tastes change? No worries, you'll still have the opportunity to change your selection onboard.

Whether you're celebrating a special trip or just need a nightcap, you'll get your choice of champagne, wines, beers, cocktails, and other spirits when flying in Flagship Business class. The selection can vary based on the route you're flying, but don't expect anything too fancy from the list of spirits.

How much does it cost for a business class ticket on American?

How to upgrade to business class on American for free

Elites can apply systemwide upgrades to upgrade friends and family — even if you aren't flying with them. So, if you have an American Airlines elite flier in your life, it can't hurt to ask if they have an extra systemwide upgrade before you take an overseas flight.

How much does it cost to upgrade to business class on American?

American Airlines can offer very reasonable paid upgrades to business and first class. The trick is to look out for offers in the weeks and days before your departure. Rather than giving away a free upgrade to an elite member, American Airlines would rather offer an inexpensive upgrade to a paying customer.

How many miles to upgrade to American business class?

The only time it makes sense to upgrade with miles on domestic flights is from the east coast to Hawaii via Dallas or when you can fly on one of AA's premium coast-to-coast flights. For international flights, paying just 25,000 miles plus $350 can be a steal to move from a cramped economy cabin to a lie-flat business class product.

What are the best credit cards to get free upgrades to American business class?

The best way to get free upgrades on American is by having AAdvantage elite status. And, starting in 2022, you can get AA elite status just by spending on a credit card.

By spending $60,000 on an AAdvantage® Aviator® Silver Mastercard®, you can get AAdvantage Platinum status. You'll earn one Loyalty Point per dollar spent plus 15,000 bonus Loyalty Points for spending at least $50,000. Platinum elite members can get free upgrades on flights within North and Central America through AA's 500-mile upgrade system — including lie-flat business class to Hawaii.

What does American business class include?

Do you get lounge access with American business class?

Is food served in business class on American?

American serves "chef-inspired dining" on its Flagship Business Class flights. To get full meal service, you'll generally need to be flying on an intercontinental route (i.e., outside North and Central America), AA's premium coast-to-coast flights, or premium flights to Hawaii.

How many checked bags do you get in American business?

American Airlines business class passengers generally get two free checked bags of up to 70 pounds each. If you're a Oneworld Emerald elite—including AAdvantage Platinum Pro and Executive Platinum elites—or US active military members, you can check a third bag for free.

How can you cancel or reschedule your American business flight?

American Airlines business class passengers can generally change their flight with no fees. The only exception to this is if you're originating outside of North or South America.

What are the best seats in American business class?

If you have a choice, avoid the business class seats on American's Boeing 787-8 aircraft. Half of the seats are rear-facing, and passengers complain about the seats being tight and unstable. To get all the details about a seat on your specific route, check out SeatGuru.

American Airlines Flagship Business class is reliably a solid option. You're sure to get a lie-flat seat, with direct aisle access on all international flights. American's Flagship Lounges provide an excellent experience in most international hubs. The onboard meals are tasty with a decent wine list and spirits to make the flight a bit more relaxing.

However, service can be hit-or-miss depending on the crew. And, if you have a choice between aircraft types, you'll want to consider the pros and cons of each business class seat.

Join Scott's Cheap Flights and get incredible fares in business, first, and premium economy delivered right to your inbox. Elite members save an average of $2,000 on international business class trips.

Thank you! Your submission has been received!
Oops! Something went wrong while submitting the form.
Last Updated
November 15, 2021 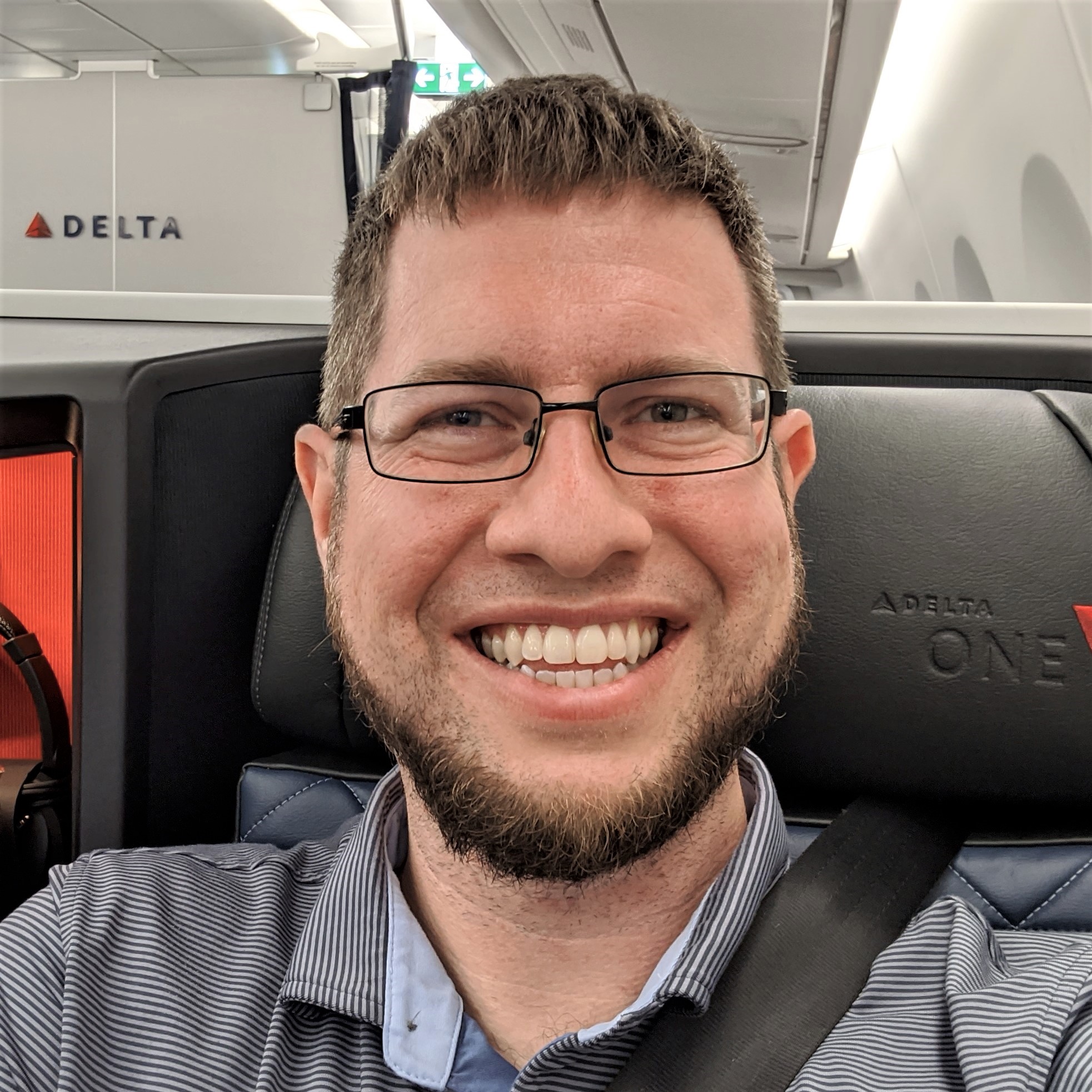