Albania: The Balkan Nation with Some of the Best Beaches in Europe 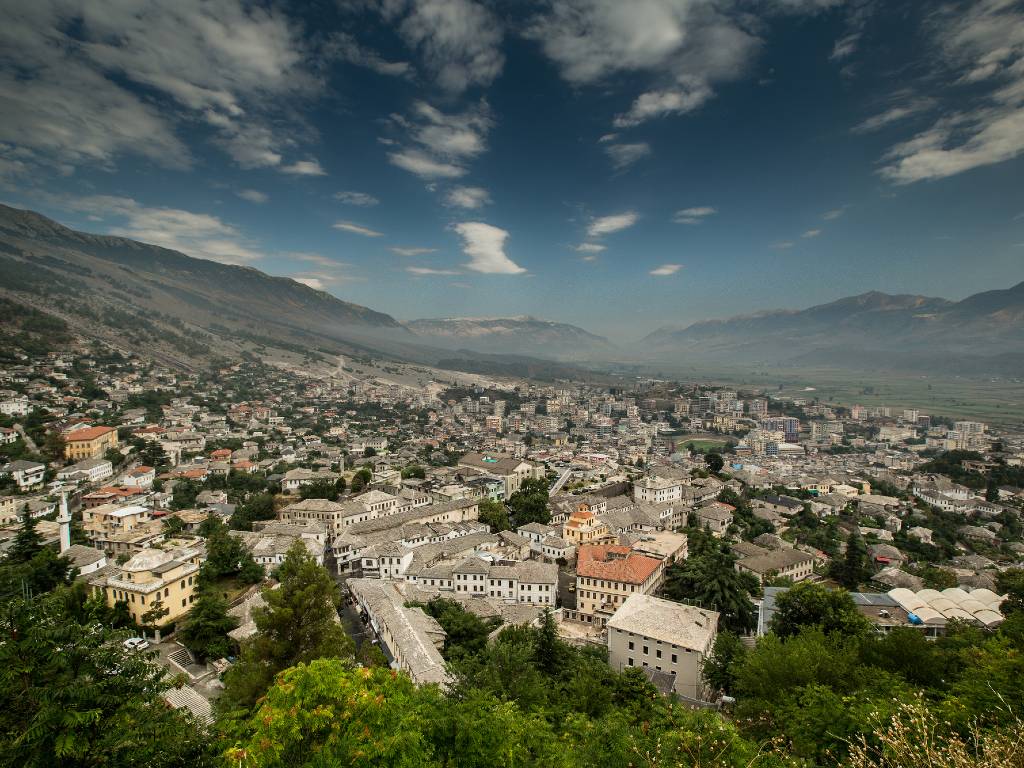 Tucked between Montenegro and Greece—about the size of Massachusetts—the country of Albania is one of the last countries to avoid mass tourism on the European continent. With a ravishing coastline along the Adriatic sea and the jaw-dropping Albanian Alps, the country’s average of 300 days of sunshine per year don’t go amiss.

Inhabited over the centuries by civilizations including the Thracians, Greeks, Romans, Venetians, and Ottomans, Albania became independent in 1912. It was occupied by Italy during World War II and afterward became the People's Socialist Republic of Albania. During this time, it was entirely isolated and extremely poor under the leadership of Stalinist dictator Enver Hoxha.

Communist rule ended in the country in 1992, and today, you’d hardly notice that it has been only 30 years since the fall of communism in Albania. The country has that special balance of everything you want from a travel destination: unique cuisine, fascinating history, extraordinary nature, welcoming people, and so much more

Let’s start with perhaps the weirdest part of this little country on the Balkan peninsula: the fact that it’s covered in bunkers—tens of thousands of them.

These military-style concrete bunkers were built by the country’s former dictator, Enver Hoxha, who ruled the country from 1944-1985. During that time he drove the country into economic ruin and had over 6,00 Albanians murdered and a further 34,000+ jailed. He also instilled fear of foreign invasion into the hearts of Albanians, convincing himself and his country that the rest of the world wanted the “paradise” he had created.

Some bunkers now house tattoo parlors, bars, and museums, including two of the bunkers in Tirana, which have been expanded and repurposed as underground museums. Called Bunk’art, these former bunkers serve as both contemporary art museums and history museums that provide chilling insights into the Hoxha regime.

Driving through Albania, you’ll see another peculiar sight outside of many homes: stuffed animals. Beaten down by weather and caked in dirt, tied to chimneys, suspended from awnings, or hanging off porches, these cuddly friends may look sinister but they have a rather respectable job. Albanians are incredibly superstitious. The plush animals are there to protect the home's inhabitants against the evil eye.

A few more Albanian superstitions: Spilt coffee means the universe will bring you unexpected money later that day. If a broom touches someone’s feet while sweeping; however, it’s considered much less lucky.

The transformation of Tirana

A small but rather colorful victory to come out of post-communist Albania came from Edi Rama, former Mayor of Albania’s capital city, Tirana. A painter himself, he reclaimed the drab Socialist buildings tying the city to its dark past by having them painted in a wide variety of bright hues and patterns when he took office in 2000. The result? Local residents caused traffic jams gathering to see the first brightly painted buildings, and crime in the city fell notably.

Today, Albania’s capital is a high-spirited place with neighborhoods like Blloku full of nightclubs, ultra-trendy restaurants, and coffee shops. The city’s heart, Skanderbeg Square, is a massive gathering place surrounded by ornate buildings like the Palace of Culture and the National Museum of History.

The beauty of besa

Albanians operate by a deeply ingrained cultural and historical code of honor. It’s called besa and it means that Albanians treat all visitors, regardless of nationality, religion, or anything else, as though they’re welcoming a long lost relative into their home.

Perhaps the most beautiful representation of besa was during WWII when the Albanian people (including the government) refused to hand over any of their Jewish citizens to the Germans after being occupied by Italy. Instead, at great risk to themselves, they went above and beyond to provide refuge to both their own Jewish citizens and also Jewish refugees that found their way to the country.

The Albanian Alps rival the best of Europe’s peaks. In fact, mountains cover more than 70% of this small country and they pack a beautiful punch.

Winding dirt roads or a ferry journey across the emerald green Komani Lake will drop visitors in one of two tiny mountain towns, Theth and Valbona, where wild horses drink from streams and guesthouses welcome you with homemade meals. It’s the hikes that are the main attraction up here. Most visitors opt for short nature walks to bubbling springs or choose to tackle a moderately difficult approximately  seven-hour hike between Theth and Valbona.

More serious hikers can take on all or part of the 308-mile High Scardus Trail that takes you through Albania, North Macedonia, and Kosovo.

In Albanian, the country is known as “Shqipëri” which loosely translates to “land of the eagles”. And the language is called Shqip.

While Albania shares a peninsula with many Slavic countries, Albanians are not Slavic. Their ancestry, culture, and language are all their own. In fact, the Albanian language occupies its entirely own branch on the language tree. No other language shares any similarity to Albanian.

Curious what the language is like? To say hello you would use përshëndetje, (pronounced per-shin-det-yay) and, to thank somebody, you say faleminderit (pronounced fal-A-min-der-ee).

Most Albanian beaches consist of smooth stones and pebbles that lend themselves to some of the most breathtakingly blue water you’ll find anywhere in the world. Cheaper and less crowded than other Mediterranean beach destinations, the Albanian Riviera is a choose-your-own-adventure experience.

Port city Saranda, connected to the Greek island Corfu by a quick ferry ride, is the unofficial epicenter of the Riviera. Here you’ll find local life intertwined with fresh seafood restaurants and city center beaches. The tiny town of Himara is where you’ll want to go for a more laid-back beach getaway with rustic hiking trails along the oceanside cliffs.

Gjipe's unbelievably blue waters and stunning canyon backdrop have become a haven for backpackers. The beach is only accessible by a 45-minute hike from the dirt parking lot or by boat, and many come to Gjipe to wild camp on the canyon floor and rock climb the surrounding cliffs. The beach town of Drymades, on the other hand, has become one of Europe’s newest music festival destinations.

Early in the evenings (about an hour before sunset) Albanians head outdoors to walk the seafront promenades or wide pedestrian streets in town centers. Wherever the main road is, that’s where they congregate. It’s part of a traditional bonding hour called xhiro and it's a time for families to catch up with their neighbors while enjoying the outdoors before dinner.

Beyond the Albanian Riviera’s flawless turquoise beaches, and the pristine nature in the Albanian Alps, the country is full of other astonishing natural attractions.

Past dirt fields full of cows, you’ll find the Blue Eye, a natural spring bubbling up freshwater from so deep in the Earth no one is entirely sure exactly where it starts. Divers have only managed to make it 165 feet before the pressure becomes too great.

The colors at the surface become a swirling combination of bright blues and greens with the deep black iris in the middle, and those brave enough can even go for a swim in the freezing cold waters.

Straddling the border with North Macedonia, Lake Ohrid is one of Europe’s deepest and oldest lakes. Its beauty lies in its tranquility. Go for walks through the hilly, cobblestone roads of the old towns or venture out over the water on shanty wooden bridges that lead to waterfront tavernas.

Where the best food is homemade

With Italy across the Adriatic and Greece directly to the south, Albania is snuggled between two food powerhouses. And while delicious pasta and gyros can certainly be found across Albania, this country has a few culinary specialities of its own.

Head to one of the open-air food markets in any city to find locals peddling their homemade honey, wine, and olive oil in reused plastic water bottles. While this may not look appealing at first, one sip of wine or spoonful of honey will change your mind.

Like many of its Balkan neighbors, Albania has raki in abundance. This (typically homemade) fruit brandy is everything from a morning pick-me-up to an after-dinner aperitif and Albanians take its consumption seriously. You’ll often be given a complimentary glass after restaurant meals and you’ll certainly be offered some visiting with locals. Take heed, it’s considered rude to refuse.

After a meal of fresh seafood, traditional tavë kosi (baked lamb with rice), or fried kaçkavall (local cheese), finishing off with a delicious trilece cake (a three-milk cake similar to Mexican tres leches) is a must.

The town of a thousand windows

Known as the town of a thousand windows, Berat has a history that dates back over 2,400 years and it remains a rare representation of Ottoman-era architecture to this day. Houses in the city are built on steep hillsides on either side of the river so the many windows appear like a single, cascading facade below the remains of a hilltop castle.

Similarly, the mountaintop city of Gjirokastër comes from Ottoman origins that have blended over the years with Greek, Albanian, Byzantine, and beyond. The lively, colorful bazaar takes over its own expanse of the stone streets, with brightly colored rugs, shoes, and trinkets adorning the sidewalks. If you feel like you stepped back in time it’s probably because people have been living continuously within these Old City walls for thousands of years.

In 1967 Hoxha turned Albania into the world’s first fully atheist state when he unilaterally destroyed all churches, mosques, and religious establishments of any kind. Albanians were banned from practicing religion. Former clergy members were all but abolished. Even beards were banned due to their association with Islam and Orthodox Christianity.

Since religion was banned in the country for so long you’ll be hard pressed to meet many religious Albanians in the country today. Instead, the communities here are more united by an appreciation for friends and family through nightly bonding hours and a shared glass of raki.

Thank you! Your submission has been received!
Oops! Something went wrong while submitting the form.
Last Updated
August 25, 2021 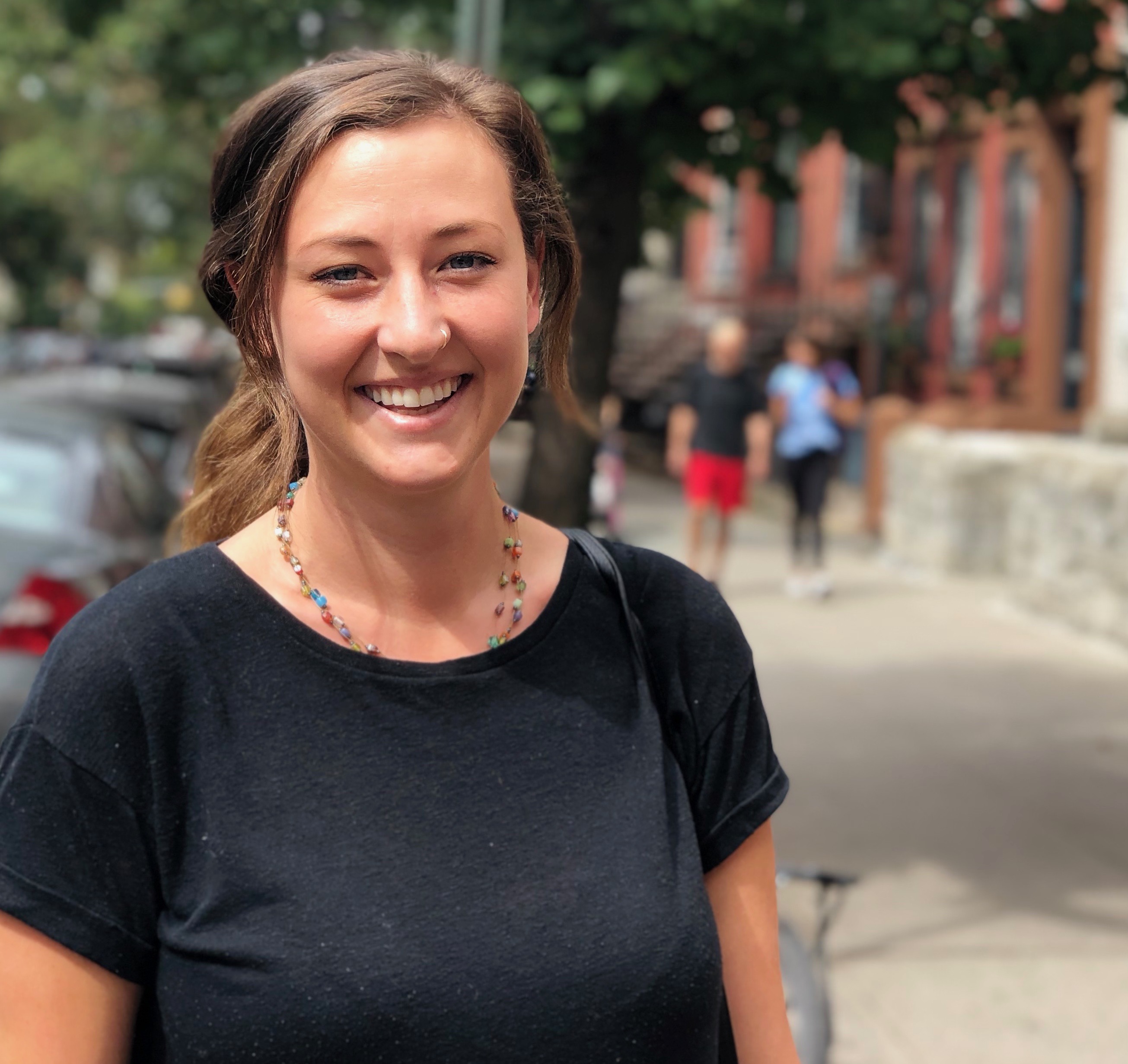 Danie is a travel journalist who has been on the road since 2015 to over 85 countries. Ask her which one is her favorite and the answer is an immediate “Albania.” Returning to the country year after year, she makes Saranda her home base for its easy access to the rest of the Albanian Riviera.