What to Do If the Airline Changes or Cancels Your Flight

You've booked your flights, found a hotel, and planned your activities. You're ready for your trip—and then you get an email from the airline that your flight has been changed or even canceled. Sometimes the change is just a few minutes difference, but sometimes it means you arrive in your destination far later than expected, or your nonstop flight becomes two flights, or your layover gets shortened to an impossible length. And in the worst instances, your flight may be canceled entirely. The airline may be able to fly you on a different day, or they may be canceling the entire route.

So, what can you do if it happens to you? We break down your options depending on the situation.

First, remember it might not be a bad thing

When an airline makes a significant change to your flight (what's "significant" varies by airline but can be as little as 30 minutes) you have the right to a) an full refund or b) to ask to be put on a different flight (without a change fee, and often without having to pay more if the new flight is more expensive).

This means if you didn't want to take the trip, score! You now qualify for a cash refund. If you did want to take the trip but didn't love your flight you now have the opportunity to change to a better one, free of charge. For example, say you snagged a cheap flight that has one stop, well now you can ask to switch to the nonstop.

If the airline cancels your flight and you do not want to rebook:

If an airline cancels your flight, you’re owed a cash refund. It’s federal law: “A passenger is entitled to a refund if the airline cancelled a flight, regardless of the reason, and the passenger chooses not to be rebooked on a new flight on that airline.”

Airlines may try to hide the refund option and push you to take a voucher instead. Know your rights and be proactive. Even basic economy tickets—which are nonrefundable if you elect to cancel voluntarily—are eligible for a cash refund if the airline cancels your flight.

If an airline is stonewalling on a refund and offering a voucher instead, these are the three main options at your disposal.

First, hang up and call again. Agents often have discretion about who gets refunds. Many times you will have better luck with one agent than another. Be friendly and remember the agent isn’t to blame.

Second, you can file a complaint with the DOT.

If the airline makes a significant change to your itinerary:

Most airlines have policies that if they change your itinerary in a significant way after booking, they'll work with you to get you on the best flight for your schedule. What constitutes a significant change varies by airline (for United it’s 30 minutes, for Delta and American it’s 60 minutes) or your connection time needs to shrink to below the airport or airline's stated minimum connection time.

In that case, the first thing you should do is go online to see what other flights are available from that airline and select the best option for your schedule.

Don’t worry if the fare for the new flight is higher than what you paid for yours; if there's an open seat, the airline will likely move you to the flight you request for free, regardless of what it says it costs. Once you’ve decided on a new flight, call the airline to get your itinerary switched.

If the change is significant enough and there are no other flights that work with your schedule, you do have the option to request a cash refund (even with a normally non-refundable basic economy fare). Again, this varies by airline; for United it’s two hours, for Delta it’s 90 minutes and for American it’s 4 hours. However,  depending on what you originally paid and how soon you’re traveling, you may not be able to find a replacement flight at a good price. (Remember: last-minute flights tend to be very expensive.)

If the airline cancels your flight and moves you to another flight:

Perhaps you were scheduled to fly on Monday, but the airline has canceled that flight and put you on a Tuesday flight. Or maybe you were going to fly from Portland to Philadelphia, but the airline stopped operating that route, so instead they fly you from Portland to Seattle to Philadelphia. In this case, the solution is similar to the above. You can accept the new flight, or check out your options and then call the airline and ask to be moved to a flight that works better with your schedule.

Again, if this change is more than the minimum times stated above, you also have the option to get a refund (even with a normally non-refundable basic economy fare), but that may mean you won’t be able to take your trip at all.

If the airline cancels your flight because they are no longer operating that route:

Here’s where it gets a bit muddier.

In the case of a large airline that operates a hub-and spoke model or has several codeshare partners, the airline will likely just reroute you, as in the example above. For an airline like United or Delta, this is easy. Rather than flying you directly from, say, San Francisco to Madrid, if they cancel their SFO–MAD route, they might fly you from San Francisco to Paris to Madrid, with the final leg connecting on a European partner, or they could put your on their flight from San Francisco to their New York hub where you can catch their direct flight to Madrid.

But many budget airlines—such as Norwegian and Level—don’t have an extensive partner network and instead of a hub-and-spoke model, they operate a point-to-point model. This means if they cancel a specific route, it may not be possible to reroute you. In this case, the most likely outcome is that the airline will cancel your flight and issue you a refund.

One exception is if you’re willing to be re-accommodated on a different point-to-point route. For example, if a budget airline canceled their Boston-Paris route, they may be willing to rebook you onto their Boston-London flight, or their New York-Paris flight. In either case, you would likely be responsible for getting yourself from London to Paris or from Boston to New York.

If the airline cancels your flight because they have gone out of business:

Airlines don’t go out of business often, but it has happened a few times in the last few years, such as the notable demise of Icelandic carrier WOW Air and UK-based Thomas Cook in 2019. In these cases, it’s very unlikely you’ll get a refund from the airline, but you may have other ways to recoup your expenses. See below, and read our article on what to do if your airline goes bust for more details.

How to get compensation or recoup other expenses

In cases where the airline isn’t going out of business but they cancel your flight and can’t reroute you, you'll get a refund for the fare. But what about other expenses, such as connecting flights you purchased separately, or nonrefundable hotels and activities? If you booked your flights with a credit card that offers travel protections, those expenses may be covered as part of the cards trip cancellation policies. Your best bet is to call your card services and ask about what’s covered and the process for filing a claim.

Additionally, under the European Union’s Flight Compensation Regulation 261/2004 (also known as EU 261), passengers flying to, from, or within the EU are entitled to up to €600, depending on the flight distance, for cancellations. The catch is that it only applies if you were informed less than 14 days prior to the scheduled departure date of that flight. If your flight is canceled once you're on your trip, you have the right to reimbursement for the unused portion of the flight, re-routing or return, as well as assistance and compensation. You can read full details and see if you're eligible for compensation here.

How to get a replacement fare

When it's a high profile instance of an airline going out of business, sometimes other airlines will step up to help with discounted fares for stranded passengers. But when it’s case of an airline simply discontinuing a route, it’s up to you to find a replacement flight, if you still want to take the trip.

Depending on how much time you have until your trip, you could wait to see if another great deal pops up. If it’s closer to your trip, though, you may need to act fast. Good last-minute deals are a thing of the past; the best fares for international flights are found 2-8 months in advance (and even farther in advance for peak season). As your date of departure approaches, prices will start to rise.

We recommend using the Greek Islands Trick: focus on getting the cheapest flight across the ocean to the continent you want to visit, and then connect to your final destination on a cheap regional flight. For example, if your flight from Las Vegas to Paris was canceled, look at flights from Las Vegas to any other city in Europe. Most of the continent is a cheap flight away from Paris.

You can also do this closer to home. If your flight from Minneapolis to Mexico City is no longer running, you could look for cheap flights to Mexico City from hubs like Chicago or Denver and then hop a regional budget flight to one of those cities to connect to your international departure.

If you’re already on your trip when the flight is canceled and you need to get home cheaply, compare the the cost of a roundtrip ticket vs one way. One-way international tickets tend to be more expensive than roundtrips, so even if you only need the one-way flight to get you back home, it may be cheaper to book a roundtrip and simply not use the return flight. Alternatively, if you have a stash of frequent flyer miles, they’re often great value for one-way international flights.

Thank you! Your submission has been received!
Oops! Something went wrong while submitting the form.
Last Updated
April 5, 2021 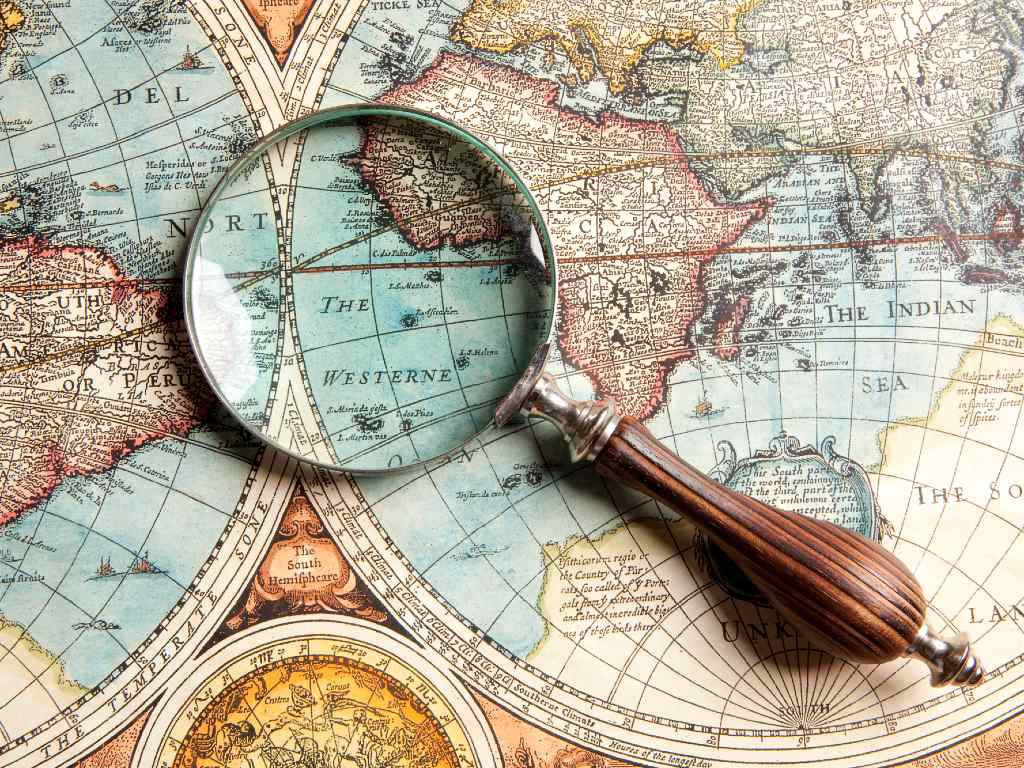 Travel Tips
How to Keep Travel in Your Life (When You Can’t Actually Travel)
By
Jessica Spiegel
Mar 20, 2020