Air France Premium Economy: What to Know and How to Snag a Deal 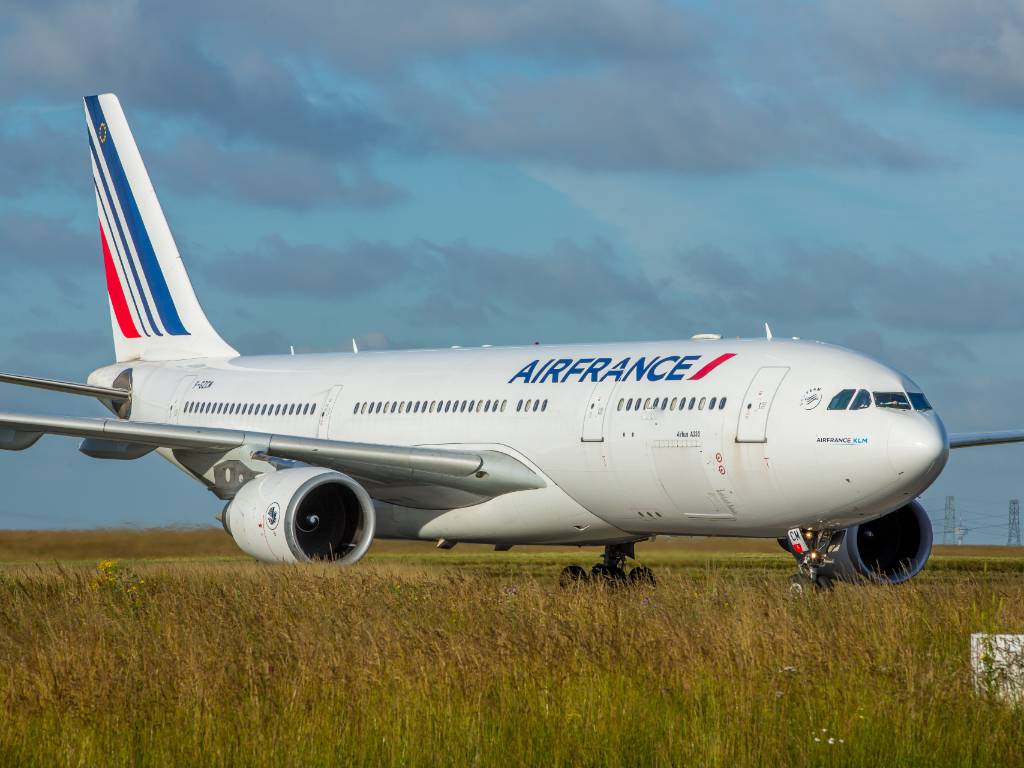 Air France Premium Economy first debuted on the company’s longhaul flights in 2009, and is today an integral part of the Air France product suite.

Air France’s Premium Economy seat are distinctive—designed after an older Air France Business Class product that has since largely been retired in favor of a more modern business class cabin. The “fixed-shell” has its fans and detractors, but it remains one of the only such seats in the premium economy universe.

A traditional reclining seat has been introduced on Air France’s new Airbus A350, and customer feedback may ultimately determine the fate of the fixed-shell seat on future models.

Air France has made tweaks to the Premium Economy product over the years, but the changes have been slight, and the product isn’t particularly competitive with the comfort and service introduced by US-based carriers with their premium economy cabins (many of which are significantly newer).

That said, many travelers choose Air France for their charming, utterly French product and service, and Air France Premium Economy is a higher standard of comfort and service compared to the Economy cabin, which is already quite comfortable.

What to know about Air France Premium Economy

Premium Economy is sold on every Air France flight that is operated by widebody aircraft, including the Boeing 777, Boeing 787, Airbus A330, and Airbus A350.

The Air France Premium Economy experience at the airport

As is standard for most carriers, passengers in Air France Premium Economy are not entitled to lounge access with their ticket, unless they otherwise qualify (such as having FlyingBlue or SkyTeam status that affords lounge access).

Air France does offer Premium Economy passengers the option to purchase lounge access at check-in, subject to availability. The amounts are not published in advance and may vary by airport.

All Premium Economy passengers can check-in two bags up to 50 pounds (23 kilos) each. Like most European carriers, Air France agents typically monitor carryon bag weight at check-in or during boarding, and there’s an additional allowance for Premium Economy passengers there, too—they’re allowed two pieces in the cabin, with a combined weight of up to 40 pounds (18 kilos).

Economy passengers, by comparison, are permitted 1 checked bag up to 50 pounds (23 kilos), if they have purchased a fare that includes a checked bag. Carryon bags have stricter limits too—one bag and one personal item not to exceed 26 pounds (12 kilos) in total are permitted.

The Air France Premium Economy experience in the air

The fixed shell seat is designed so that the seat reclines forward and down within the fixed space of the seat, instead of back into the space of the seat behind. There’s a foot pedestal that comes down from the underseat area (and slightly reduces underseat stowage), and a leg rest that can be extended or retracted using a button next to the recline button.

On the new Airbus A350, the fixed shell seat has been replaced by a traditional reclining seat, which maintains the leg rest and foot rest.

The seats have integral noise-canceling headphones, an adjustable reading light, a large entertainment screen, and a large tray table that comes out of the seat in front (at bulkheads, it’s in the arm rest).

Premium Economy passengers receive a modified version of the Economy meal for the first service on long haul flights.

The main courses are the same, and the meal is served on the Economy meal tray, albeit with cloth napkins and glassware. The appetizer and dessert are also upgraded—“inspired by the Business menu”. Premium Economy passengers also receive first dibs on the entrée selections. The meal cart starts in the Premium Economy cabin, so there’s no running out of anybody’s first choice.

The second service is the same as that served in Economy, although drinks will be again served in glassware.

On flights longer than eight and a half hours, a self-serve cart with drinks (including wine, champagne, and other alcoholic beverages) and snacks is available in one of the Economy Class galleys.

How much does it cost for a Premium Economy ticket on Air France?

Premium Economy fares are capacity managed separately from other classes of service, so the difference between Economy and Premium Economy can vary from significant to virtually the same. In most circumstances, when booking patterns for both classes are normal, Premium Economy is priced at double the lowest Economy fare.

How to upgrade to Premium Economy of Air France for free

Travelers can’t depend on a free upgrade, as airlines would prefer to sell premium cabins for a premium price. Like many airlines, Air France overbooks, and if they have sold more Economy seats than they can accommodate, they’ll upgrade select passengers to Premium Economy. Upgrades will typically go first to elite members of their own frequent flyer program, FlyingBlue, then to elite members of SkyTeam partner airlines.

How much does it cost to upgrade to Premium Economy on Air France?

Air France will also sell load factor-based upgrades during the check-in process online or at the ticket counter. The amount of the upgrade isn’t standard, and varies by flight, but is normally less than the fare difference between the Economy and Premium Economy fares. Passengers can pay the full amount in cash or select to pay all or a portion of the upgrade with FlyingBlue miles.

How many miles to upgrade to Air France Premium Economy?

Air France prices mileage upgrades dynamically, meaning the amounts are not set. For a Transatlantic flight, Flying Blue members can expect to pay between 10,000 and 30,000 miles for an upgrade from Economy to Premium Economy. It’s also worth noting that award space must be available for upgrades to be available.

Travelers wanting to keep their travel within the SkyTeam can fly Delta on many of the same routes operated by Air France. While not a SkyTeam member, Virgin Atlantic flights also accrue to many SkyTeam member airline programs (including both FlyingBlue and Delta SkyMiles) and offers reciprocal program benefits. It’s noteworthy that SkyTeam member KLM does not currently offer a Premium Economy product.

Overall, the Premium Economy product on Air France is a good value, particularly when fares are on the lower end of the spectrum. Premium Economy is also a good value on the Boeing 777 aircraft, where Air France has a ten abreast configuration in Economy class (the A350 and 787, which are slightly narrower cabins, are nine abreast).

Air France has also received mixed reviews from passengers regarding the comfort of the fixed shell seat, and it may be telling that they’ve gone a different direction onboard the new A350.

Overall, Air France’s Premium Economy product is roughly in-line with competitors, however it trails in meal service—most airlines with Premium Economy cabins on competing routes serve substantially upgraded meals from those on offer in their own Economy class cabins.

What does Air France Premium Economy include?

Air France Premium Economy includes a larger seat in a more intimate cabin with upgraded amenities and meals, SkyPriority services in the airport, a larger checked and carryon baggage allowance, the ability to purchase lounge access (subject to availability), and more FlyingBlue XP points toward elite status than Economy tickets.

Do you get lounge access with Air France Premium Economy?

No you don't get lounge access with Air France Premium Economy, but access can be purchased at some airports, subject to availability.‍

Is food served in Premium Economy on Air France?

How many checked bags do you get in Air France Premium Economy?

What are the best seats in Air France Premium Economy?

It’s also worth noting that bulkhead seats in Premium Economy have both the tray table and entertainment screen stowed in the armrest. Unlike the other seats, they do not have a foot rest. You can use SeatGuru to learn about any seat on your specific aircraft and flight.

Is Air France currently flying to the USA?

Thank you! Your submission has been received!
Oops! Something went wrong while submitting the form.
Last Updated
January 7, 2022